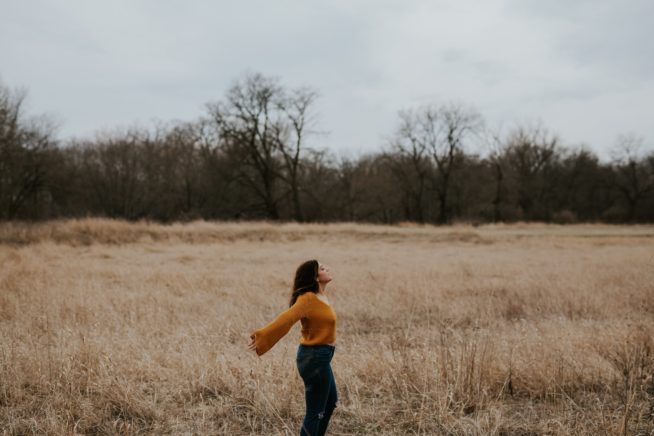 Here’s a startling fact: most of us don’t know how to do relationships well because we were given bad examples growing up.

That’s not a knock against our parents. Or grandparents. It’s not an insult to our teachers or the media and culture we were subjected to as kids.

But it is reality. Here’s what I mean.

Our parents set the stage for the play we live in

Most people are modeled dysfunctional behavior in relationships (marriage in particular) through their parents. What we see our parents do in their communication, interactions, dealing with life issues, and so on we accept as normal behavior. Subconsciously, we believe these patterns of behavior are the regular way of living.

This includes everything from codependency to people-pleasing, manipulation to emotional/verbal abuse. Sometimes even psychological or physical abuse can be viewed as normal if that’s what you grew up witnessing.

We become the product of our culture and our surroundings

This is also true for your level of peace, security, and relationship success. The patterns of behavior that you are exposed to can become what you believe to be normal, even if they’re unhealthy and the root of serious mental health issues.

Take codependency for example. If you grew up in a home where one parent was constantly striving to please other people, and who never felt at peace with anything they did, they modeled codependency for you. And maybe you adopted similar behaviors in your relationships because you thought that was how you were supposed to treat others and be treated by others.

You felt the need of being needed

So you made being needed a way of life. Which produces neediness in yourself and your relationships. In an inverse sort of way, maybe you don’t feel you can ask for help because you’re supposed to be the only one taking care of other people. Not having other people take care of you.

When you look at it from the outside in, it’s pretty clear how unhealthy this kind of behavior is. And we’re often not aware of how unhealthy our behavior is because we’re in the midst of it. It’s the forest and the trees dynamic. That is until something dramatic happens. Like a breakup or divorce.

It’s in these places of heartbreak where we have an opportunity to see more clearly the chains of dysfunction that we’ve been carrying around. Because you don’t know what you don’t know.

People-pleasing was modeled for me growing up. So I became a people pleaser. I made it my way of thinking to put other people ahead of me.

This was called humility in my childhood home and in church. While there is some truth to this idea, true humility isn’t about putting anyone above anyone else. It’s more about equality and about giving respect to others as you give yourself respect.

The effects of unhealthy models and noncommunication

People pleasing made me think that I couldn’t defend myself when emotional and verbal abuse was done to me. I thought that was what my older friends were referring to when they’d say that “marriage is hard but you push through it.”

That wasn’t what they meant. We don’t often talk about the details of what’s difficult in our relationships and marriages. We use ambiguous terms.

Which can perpetuate dysfunctional and abusive behavior because it doesn’t get addressed outright. Instead, it’s assumed to be normal.

It wasn’t until I was in the anguish of heartbreak and recovery from the end of my marriage that I became aware that I’d experienced emotional and verbal abuse for years. That I’d accepted it as “normal” behavior in a relationship. And that it had caused me serious mental anguish and pain.

Blaming my ex wife for the effects on my sense of self-worth and confidence doesn’t improve anything. I take responsibility for showing her how to treat me by not drawing healthy boundaries. And for not loving myself fully so that I could be loved fully by others.

Love your neighbor as yourself

The holistic approach to medicine looks at taking the ingredients of what we put into our bodies and verifying that the individual components as well as the sum of the pieces are healthy for us. The same is true with the patterns we adopt in our relationships.

Self-love is an extension of the love that comes from the universe. It flows into us and we give it to ourselves. Then as we grow in the love that is inside of us, we give love in more whole and complete ways. Free from the need for other’s approval or validation. Free from trying to manipulate or control people to get a sense of acceptance and happiness. Free from being codependent or people pleasing.

Able to be solid. Whole. Good.

And in harmony with each other.

This is alignment in relationship. It’s clear communication that is honest and true. Not self-serving or abusive. Full of life and full of peace and intending on the best outcomes for everyone involved.

It’s important for us to look at the patterns in our relationships so that we can change them. It’s up to you to make the course corrections in your own life through changing your patterns. Take responsibility for yourself. Don’t blame your parents or teachers or partners.

Until you do. Either way it’s up to you to practice awareness and take the best next steps to change yourself.

Verbal abuse is one that people tolerate in their relationships because that’s how their parents communicated with each other. Or they assume that someone who loves them doesn’t mean anything mean when they say things that feel cruel and hurtful.

Your feelings are a barometer for you

If someone’s words feel hurtful, explore why that is. Ask questions. Ask what was intended by the person who said that. Love communicates with grace, kindness, peace, and encouragement.

In Gary Chapman’s seminal book, The Five Love Languages, every love language communicates something that is a blessing to the recipient. And a blessing to the deliverer. Nowhere in that book is there even one example of a hurtful, critical, or harsh word spoken in love. That’s one way to illustrate how verbal abuse isn’t loving. It’s unhealthy and dysfunctional.

Awareness is the key to breaking the codependency chain through course correction. Awareness breaks other dysfunctional patterns too. Then it’s up to you to take proactive steps to initiate love in the place of dysfunction.

D Grant Smith is known as the Growth Farmer, which means he has an old-fashioned approach to living a whole & healthy life. His new book Be Solid: How To Go Through Hell & Come Out Whole is about the journey into self-love and self-care after heartbreak and personal loss. He’s an empowerment superhero who would love to give you encouragement so feel free to reach out!