The Rediscovery of Hope 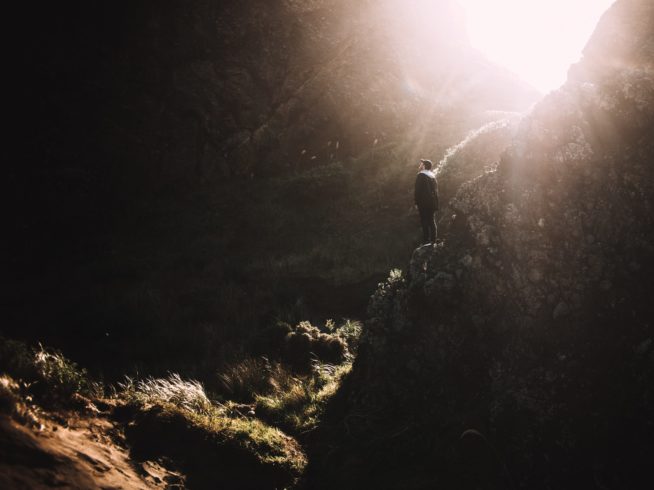 “The very least you can do in your life is figure out what you hope for. And the most you can do is live inside that hope. Not admire it from a distance but live right in it, under its roof.”
― Barbara Kingsolver

A few years ago, I was in a bad place. I put on a good face but deep down, I was miserable. I was full of anxiety, depressed but didn’t want to admit it, and could drink with the best of them. I was functioning but I don’t know how I made it through the day sometimes. I tried to ruin myself and probably on a subconscious level. I didn’t want that life but it became the only way I knew how to live. And I did nothing to change.

I had lost hope for anything better.

Many of us are stuck in a cycle of misery. It’s almost an epidemic it seems. Numerous articles point out that the rates for depression and anxiety are on the rise. It seems to be especially true for young people, most notably young girls.

We don’t get treatment for a myriad of reasons — lack of insurance, stigma (especially for men), lack of support, and socioeconomic issues. We become used to living this way because it seems to be normal. It’s hard getting help for something you may not understand or even recognize.

I went years without admitting anything to anyone. Including myself. I knew something needed to change, but being seen as weak for admitting I needed help was worse than actually getting the help. I was ashamed.

But problems don’t get better by being ashamed of them. They don’t heal themselves. When you are ashamed of your problems, you run away from it. You hide it. And then it can get worse before it gets better. This was my life for a long time.

Until I rediscovered hope.

To rediscover means: to find something or someone again after losing or forgetting about it, him, or her for a long time.

Hope means: to cherish a desire with anticipation; to want something to happen or be true. It can also be defined as: A person or thing that may help or save someone.

I had lost myself — I had forgotten who I was. But I wanted to change. I needed it. I had to rediscover myself and allow something greater than the life I was living. Because there was no hope in the life I had.

So I decided I was worth saving, and the only person who would help save me was ME.

I’d like to tell you I immediately went to therapy and my life became instantly better, but it wouldn’t be true. That’s not the way it works. It’s been a slow, painful process. I’ve had to get honest with myself, allow a lot of vulnerability, and admit I needed to change. That’s the first step, and nothing happens overnight.

But once I rediscovered hope for something greater, my life changed.

It began simple — I started running. I decided I no longer wanted to feel like shit every day, and I no longer wanted to sit on the couch and drink my problems away. Simple can be the best teacher sometimes. So one day, I went for a run. And while it felt like I would die, I wanted more. I had hope that I could get in shape and take back my body, and most importantly, my mind. That hope has grown into a passion, and I have run numerous races from a 5k to an ultra-marathon.

There was a rediscovery of hope for my physical and mental health through running.

Running led to a transformation. I become more confident and happier in my mental health and my body. It made me believe I could accomplish more than I thought I was capable of, and the only thing holding me back was me. I woke up a little.

Because of running, I sought help for my depression and anxiety. I went to therapy and dumped the heaviest bags which I’d been carrying around with me. I didn’t need them anymore, so I left them there. They weighed me down and kept me from moving forward. I worked through a lot of the issues which had been stuck in my mind for so long. I found solutions and it gave me hope I could work through anything. I learned about self-compassion, and that it is okay to not be okay. I learned there is nothing wrong with being imperfect because everyone else is too.

Through therapy, there was a rediscovery of hope for my life.

“I don’t think of all the misery, but of the beauty that still remains.” ― Anne Frank

I saw one of the issues in my life was my job. I loathed what I was doing for a living but it was all I knew. After 20+ years in basically the same career field, it’s tough to find hope of switching to something which doesn’t make you miserable. Because security, and pension, and insurance, and all the other crap which has been ingrained in us since birth is more important than being happy. Right? However, I knew I had to change. I had hope that I could make a life (not just a living) doing something I enjoyed. So I left.

And the rediscovery of hope led me to change careers to something I love instead of something I hate.

So I started writing. First, just to myself in personal journals and on my computer. It helped me release all those pent-up emotions I had held in for so long. And then I shared my words with the world and understood there were many others just like me who were lost and without hope. I realized I was not alone. I had hope that I could not only help myself through my writing but I could also help others.

The rediscovery of hope led me to start several blogs and writing for several sites. It helped give me a purpose — wanting to help others figure out what this life is all about. It gave me connection.

From this connection and the acceptance I felt, I realized one of the problems in my life was that I have never been myself. I played a role that I thought was what everyone wanted to see. I was acting. But in putting my writing into the world, I began to see myself for who I was. Who I am. It’s allowed me to like myself and that is one of the most important things in the world.

And I recently found the rediscovery of hope in relationships. Being walled off for so long took its toll on me and everyone around me. I used to let my stubbornness and ego lead the way instead of my heart. And although I still do that sometimes, I’m learning I don’t have to.

I was afraid of being myself and showing my true emotions. And if I’m being honest, I can be toxic. I was always right even when I was wrong. For a long time, I also didn’t believe I was capable of love or being loved. But when you find the person who you can be yourself with, you want to give and receive love freely and without limits. Without constraints. Because it’s not something you have to think about. You just do it.

Yet, the one thing all the above has in common is ME. I had to find hope in myself before anything else was possible. I did it through the things I listed, but it all came from within me. It will have to come from within you as well. Everything starts there.

The rediscovery of hope has changed my life. Hope grows. It’s like a snowball rolling down the hill or a simple spark to a flame. Hope becomes something you cannot get rid of, and you shouldn’t ever want to either. Because hope is sometimes all we have.

So find something every day which brings a spark of hope into your life. It just may start a fire. @jefftherunner1 (Click to Tweet!)