The Problem Is How We Deal with Problems 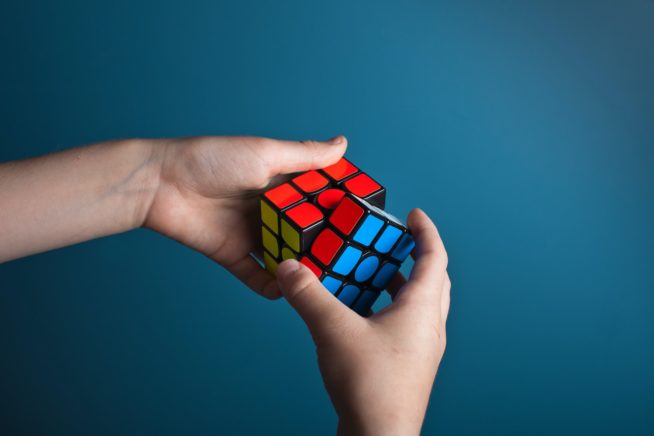 “Wake up, you idiots!” shouted John McAfee, founder of McAfee, the virus software company, and now billionaire-on-the-run as he hops from country to country after being charged with tax evasion.

Earlier he told me, “I went to the Bahamas, but then the U.S. tried to get me there… Cuba… the Dominican Republic… and now I can’t tell you where I am.”

And then we were off to the races!

I’ll skip the part about his tax evasion (podcast out next week or maybe this Thursday. We’ll see) and get right into coronavirus.

“Everyone listened to the media,” he said, “like a bunch of sheep! And who is the biggest beneficiary of this virus? The media!

“You used to go to work and commute 9–10 hours a day. Now, everyone sits at home and reads the media that tries to scare you.

“‘MILLIONS OF DEATHS!’ they said. We never even got close to those numbers… Sweden, which did zero lock down, was out partying the whole time, and they’ve hardly had any deaths. I’m over 70… I’m in the most susceptible population; do you think I care? Of course not! There’s a 2-in-100,000 chance I die. I’ll take those odds any day. Two million people a year die from diarrhea. What are we doing about that?”

“But John,” I said. And I was about to agree about the media but he kept going.

“Your dollar will be worth pennies in two months, trust me.”

“But what other currency will people put their money in?”

He broke out laughing. “Who is going to trust the dollar?”

“I don’t know! John! Give me something positive here!”

He laughed again. “There’s nothing positive. You’re on a plane that’s crashing. What sort of positive news do you want to hear? That the plane will crash more quickly?”

He said, “The only way people will value the dollar is if they can use it to BUY goods and services. But you guys aren’t producing shit! You’ve shut down! You think the economy is a light switch?”

I kind of wanted to defend everything because I felt like he was accusing me.

“OK, but what if we reopen today?!” And I have to put an exclamation point because he got me revved up.

“Well,” he said, “then there is a slight chance the economy can come back strong. You have to get back right away. Will the media let you? They don’t want people going back to work. Who is going to pay the media bills then?”

We spoke about his adventures evading the law, coronavirus, guns, the Wild West, the Constitution, N.Y.C., and on and on, but I said, “But I wanted to talk about bitcoin.”

I get it. I didn’t agree with everything he was saying (he’s INTENSE).

But I get it about the media. And I get it on the constant analysis and reanalysis of every number and then policy changing based on whatever the latest math-driven model is in the media, even though, as I’ve pointed out here every single day, all of the numbers are clearly off, the assumptions are off, the worst-case scenario is ridiculous, the best-case scenarios are also ridiculous…

The media has been scaring us since day one. Summary of headlines I’ve read since January:

Right now, all over the U.S. (other than N.Y.C. but N.Y.C. has successfully flattened the curve) hospitals are empty when they were supposedly going to be overflowing.

Of course, deaths are horrible, but nobody should feel obligated to say that. Of course they are. Nobody questions that.

But there are “collateral fatalities” from shutting down the economy:

Running a country (every branch) relies on our leaders taking a complex situation with many variables and making the right decision.

The average American has $400 in the bank; $1,200 isn’t going to help. The average restaurant had 16 days of cash in the bank (before the shutdown). Yes, many loans were approved. But there are 30 million small businesses in the U.S. Even with $700 billion going to small businesses, that averages out to $25,000 per business. I can tell you that won’t save most businesses.

How will we react the next time the media tries to scare us? I don’t know. Will we react worse?

Georgia is opening up part of its economy today. Texas is opening up quickly. And other states will race to open up to not be the last one with zero economy and then blamed by their citizens for opening up too late.

I do think John is wrong.

I do think if we open up quickly enough that, although all businesses won’t survive, many will, and some of our supply chain will move back to the U.S., and the rest of the world will continue buying our goods, services, and dollars.

Maybe I’m too optimistic. But in early March I was on my podcast (the episode with Dr. Marty Makary) suggesting that April 15 will be the peak in the US and the number of cases and new deaths would be minimal (but still sad!) and start going down.

This came true. I haven’t been buying stocks right now because there’s still a lot of uncertainty. There’s still crazy stuff going on. I can write a whole article no why this oil thing is stupid to worry about and yet, the fact that this oil thing even happened makes me nervous about the insanity of the situation now.

So I am not always optimistic. I want to be realistic. But I see how the U.S. is going to reopen and I realize the uncertainty and I do think we’ll come out the other side. The world, at the moment, has nowhere else to put money. But it requires action on our parts.

I was accused of being too optimistic when I was on CNBC during the financial crisis. My friend Larry, a hedge fund manager, told me, “Dude, maybe you need to tone it down. Everyone thinks you’re an idiot. The market is not going up from here.” At the time the S&P 500 was at 700. Now, 2,700.

Even my mom called me when I was leaving the CNBC studio one time in 2009 and said, “Maybe you shouldn’t smile so much when you are being optimistic.”