Why Are We Still Letting Others Determine Our Worth? 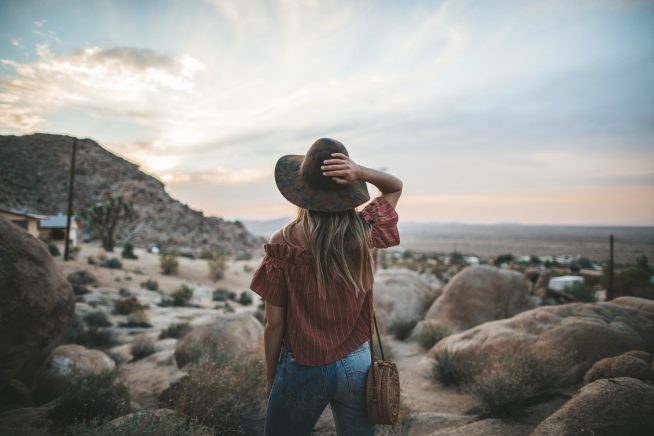 Picture it: me, driving down the road listening to Oprah’s Super Soul Sessions while my children talk to each other in the backseat behind me. A furrowed brow gives way to a look of surprise.

My children notice nothing, but my internal world shifts, just a little, to accommodate a new idea.

Oprah is talking about marriage, and she’s never been married. I have, and I’m divorced now. But she said something interesting about why she didn’t get married that struck a chord in me.

She asked herself why she even wanted to get married, and she didn’t like her own answer.

Why we do what we do matters, but we don’t always ask ourselves why we feel so strongly about certain ideas. But her answer explains a lot about why I got married as young as I did to someone who was never a good match for me. I remembered being 22 and desperately wanting the person I was with to marry me. Not because I was just that level of happy. It just seemed like the next step, and his hesitation left me feeling rejected.

I wanted to be chosen. I didn’t want to feel like the kid getting picked last for the team. I wanted to be someone who was wanted. When he finally asked me, I did feel validated.

If you’ve ever, even once, been the kind of person someone would date secretly but hid publicly, you know the feeling I mean. It creates this sense that you’re good enough for them to spend time with — only if no one else knows about it. It’s every social media profile that never, ever mentions the significant other, as if they don’t even exist. You better believe that stokes some powerful insecurities.

So, I’m driving down the road when Oprah drops this truth bomb on me, and I’m trying to absorb it. It resonates with my experience, and then I have to ask myself the more relevant question: does it resonate with my experience now?

I’m not going to debate the pros and cons of marriage or discuss its patriarchal roots. Honestly, most of the people I know who are anti-marriage also have deep, unhealed wounds where relationships are concerned. Their experience of marriage with the wrong person was bad, so they don’t want to risk repeating the experience. I don’t think the institution is the problem as much as going into it with the wrong people. So, this isn’t about the debate of the validity of marriage as an institution or whether or not I ever want to marry again.

Instead, I began to examine if there are still ways I look for validation that I’m worthy outside of myself. I think that we often place a significance on relationship status or perceived progress in our relationships or careers, and it creates a sense of worthiness or unworthiness. Instead of sourcing it from within ourselves, we look for others in our lives — in our relationships, families, and jobs — to tell us that we’re worthy.

In unhealthy situations, we end up discovering that we’re not — but only because we’re allowing the measure of our worth to be defined by anyone other than ourselves. By letting someone else or some other goal marker dictate our value, we risk being rejected and defining ourselves by it. We don’t have the sense of self that would allow us to reject an outside opinion because we know ourselves better.

I’m working on detaching myself from measures of worth outside myself. How I feel about me matters more than if I feel like I’m chosen or not chosen by anyone else. I’m choosing me — by prioritizing what I need, taking good care of myself, and creating every day a life that I love. It matters more than anyone else’s perceived validation.

This comes to my career, too. As a writer, I am judged by the work that I do, but I can’t let my value be defined by that perception. I keep writing whether my work gets zero views or becomes a viral hit. I cannot allow the worth of my work to be defined by anyone else’s perception of it.

I feel like my self-worth has grown and evolved over the last several years, but did I still have corners of it where I needed someone else to tell me I’m worthy? If I’m giving myself validation, my focus can shift to being present in my life and in my relationship, not worrying about what everything means or where it’s going or how it impacts my sense of self.

Asking myself why we want certain things in our lives allows us to take a closer look at our motivation — and if they’re intrinsic or extrinsic. Any motivation outside of ourselves will never result in true success — by which I mean happiness.

From the ah-ha moment the other day to now, my inner world has shifted and aligned. I was reminded to be intentional about my choices and to base my feelings of worthiness on internal measures instead of external ones.

This looks like practicing self-love and not making decisions based on a need for validation. But it also means showing up every day to the relationship I’m in and actually being present in it rather than going through the motions. I’m mostly good at that when I don’t let myself over-think everything.

Society too often puts pressure on us for one thing or another. It tells us we’re worthy if. But we’re not worthy-if. We’re just worthy. Of love. Of belonging. Of every good thing.

I can see so clearly now why 22-year-old me made that decision. And I can see why over a decade later, I needed to make a better one. She just wanted to be chosen, to be seen as worthy. But I know that I am. It’s a powerful difference.

And I’m not going to ever let myself feel like the kid on the playground waiting to be chosen; these days I do the choosing about what, and who, I allow into my life. I’m just going to go out and play. By that, I mean to live.

This article was originally published on Medium.com.