How to Use Psychology to Get over Your past Failed Relationships 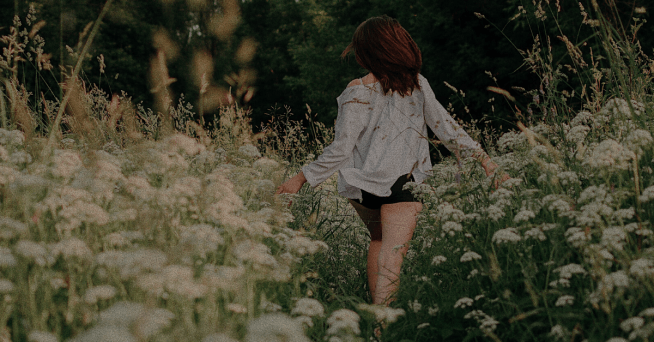 When I was sixteen, I fell hopelessly in love with a boy. I pined after him, I longed for him, I missed him. I did stupid stuff to get his attention. I analyzed his behavior constantly for signs he felt the same.

This was an unrequited crush that dragged on for a full two years, not that I knew it was unrequited at the time. No, like many others, I managed to deceive myself for a very long time that he actually could be into me, if I was reading the signs correctly.

And to be honest, the signs were there. We texted constantly for months, we Skyped, we exchanged pictures and jokes. It was all almost-but-not-quite enough for me to be secure in him, in our little relationship. But not all the way.

This led to me doing all kinds of shenanigans in order to prove to myself, once and for all, that he liked me.

I’d block him sporadically and then feel unbridled joy when I heard through a mutual friend that he’d asked if I changed my number, because it meant he cared he couldn’t get through to me.

When he asked what my friends looked like, I sent him pictures of them that just so happened to include me looking amazing.

I was playing more games than a compère. I was out of control, looking for any kind of attention from him any way I could get it. I couldn’t stop myself.

But eventually, he pulled the trigger for me.

He hurt me and I got over him.

Months into playing games, months into not knowing if he was into me or he was just playing with my emotions, months spent obsessing and over-analyzing, I suddenly and sharply got over him.

It finally happened when one of my friends revealed to me that when outright asked if he was interested in me, he’d said, “She’s worthless to me because I can have her anytime I want.”

It hurt me. It was true, sure. But it hurt that he knew it. I’m writing this a decade later, and I’d be lying if I said it didn’t still hurt, that I wasn’t still affected by it. But the crucial thing is that all my anger is directed internally. Even after all this time, I’m not angry at him.

I can tell, with clear hindsight, that he was leading me on. I can look back and say he knew what the situation was, and he was exploiting it for personal gain — getting my attention.

He knew how I felt, and he used it to give me false hope.

But in my head, in the depths of my misery, I thought I deserved it.

Nobody cares about you as much as you.

Psychologists have noticed this human tendency which they’ve called the spotlight effect.

What it means is that we tend to believe that everyone is thinking about us, and our behavior. They are, in fact, totally occupied with their own.

At its essence, the spotlight effect means we have an overwhelming tendency to think that everyone is thinking about us as much as we think about ourselves.

“Our entire existence is from our own experiences and perspective. And we use those experiences to evaluate the world around us, including other people. “ — Nathan Heflick, senior lecturer in psychology

You can prove this wrong to yourself right now. Think back to an embarrassing time you said or did something foolish. Can you remember in the same clarity and detail, the same thing for someone else?

It means that when this boy reflects back on those interactions we had, how poorly he treated me, he probably doesn’t laugh at me — he’s probably more concerned with how he behaved, and how I perceived him.

It means our friends, when looking back, don’t think of me with scorn for my embarrassing actions. They probably don’t remember it at all. If they do, they might give it a passing thought to consider how silly we all were at sixteen.

I can forgive myself for being a fool at 16, because luckily everyone else was so busy also being a foolish sixteen-year-old that they didn’t notice me at all. They were too caught up in their own stories.

Don’t let your past self ruin your future happiness.

After getting over this boy, I started to take stock of how I valued myself. I realized I was letting myself be pushed around, taken for granted, all because I assumed everyone cared as much about my silly mistakes as I did.

As soon as you can realize that you’re the only one who remembers or cares about the stupid stuff you did, from five years ago to just last week, it will be much easier to relax a bit and value yourself more.

You have value. You have worth. You deserve to be loved, just like everyone else. You can make mistakes — but you need to learn to let those go.

It’s a shame I had to be taught this lesson by someone who probably doesn’t remember me now, but all I can do is be grateful I learned it. And you? Don’t let your past memories ruin your happiness both now and in the future.

Zulie Rane is a reader and a writer who believes in the power to change the world through the written word. You can find her writing on Zuliewrites.com, posting selfies and art on Instagram at @zulierane and tweeting bad puns on Twitter at @zulierane.