Rejection Has a Silver Lining: 3 Reasons to Be Grateful for a Universally Hated Experience 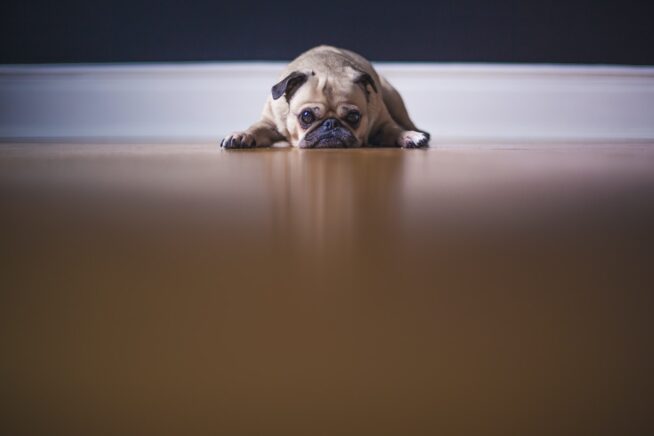 If you literally can’t think of a single reason to be grateful for rejection, I’m going to tell you that I couldn’t either at first. As a human being and as a writer, I’ve experienced my fair share. It often doesn’t feel fair. It certainly doesn’t feel good, and I can honestly say that my first feeling isn’t gratitude.

It’s not my second feeling either. Or my third.

But let’s talk about how rejection can have a positive utility because if you’re anything like me you desperately need to find the silver lining of people basically saying either (a) I don’t want you or (b) I don’t like your work.

For starters, I don’t know about you, but I absolutely don’t want to be in an unreciprocated situation. Fuck that noise. Whether we’re talking relationships or work, I really want to be wanted. When someone — say a literary agent — heartlessly rejects my work (at least, that’s how I always imagine it even though the truth is they probably have a lot of heart but limited time to represent everyone they’d like to and/or different tastes in writing), I’ve decided to remind myself that I don’t want to be represented by anyone who isn’t an enthusiastic champion of my career. Obviously.

It’s the same for our relationships. We want our partners to be Team Insert-Your-Name-Here and not just with us because they’ve got nothing better to do, right? Rejection — even in a romantic context — means that someone who doesn’t want us back gets out of our way so that we can meet someone who absolutely does. Buh-bye. Don’t let the door hit you on the way out.

A Medium publication that will remain nameless rejected my work. (They’ll remain nameless here mostly because I really enjoy working with them and don’t want to inadvertently incur anyone’s wrath like I did that one time we don’t need to go into where I totally misread a situation and acted like an ass and have been truly sorry for it.) Anyway, my work wasn’t just rejected once. It was rejected a lot. So. Many. Times.

Did it make me second-guess myself? You bet your ass it did.

Did I get all up in my feelings? Absolutely!

But did it challenge me to evaluate my work for quality? Well, yeah. It did that, too.

Maybe I wasn’t actually sending them my best work. Maybe I’d even gotten (looks around to make sure no one else is looking) lazy. So, I regrouped and stepped up my game, writing what I felt like I needed to write rather than hastily throwing something together because I always have at least three projects going at once but usually more like ten. Anyway, thank you, unnamed-here-publication, for challenging me to do better. I see you and appreciate you, and sorry about that other thing.

Rejection can challenge us to do better. I was rejected so many times before I found a publisher who was enthusiastic about the series I’d written. Every single rejection might have hurt my feelings or made me mad, but it also made me better. Just on a side note, I’ve learned enough, so you can all quit rejecting me now (dear literary agents).

This also applies to our relationships. If someone rejects us and kind of hints it was more about something we did than who we are or how we look, we can choose to learn from that. Maybe we were assholes and need to stop. Or maybe we did something we didn’t realize was a big waving red flag of desperation. Now that we know, we have the opportunity to do better — but not with that person who has politely (or not) made their exit. Don’t bother checking stage left. They’re out.

If you’re wondering what could possibly be the third benefit, hang in there. It’s probably not one you’re going to like, but you probably hated the first two anyway, and now you’re just staying to read until the end because you’re bored or it’s marginally more interesting than the job you’re supposed to be doing but just don’t feel like doing right now.

No, I’m not about to hit you with what doesn’t kill you makes you stronger. I think we all know from watching any medical drama that what doesn’t kill you can sometimes leave you a vegetable or paralyzed or with amnesia. It certainly can give you a whole arsenal of unhealthy coping strategies and probably a pretty dark sense of humor coupled with trust issues.

I’m not talking about all that. I am saying that the experience of rejection can make us stronger in that we live and learn and survive things (mostly without amnesia), and we get better at facing setbacks. Okay, we really are supposed to be getting better, but if you’re not good at the first or second benefits of rejection, you probably really suck at this one. That’s okay; you can learn.

Rejection isn’t an empowering experience. It’s usually a humbling one when it’s not downright traumatic. But we’ve also been in the experience of having to reject someone — personally or professionally. It doesn’t feel good unless we’re just mean, thoughtless people with no sense of empathy. Or unless we’re dealing with a total jerk who won’t take no for an answer. Anyway, it doesn’t feel good most of the time, and yet, we have to do what’s best for us.

When we’re rejected, what’s best for us is figuring out how to get stronger and to use our experience of rejection to motivate us to get ahead. Sure, we could just quit entirely. Quit dating. Quit trying to make our dreams happen. That’s a bit extreme, but many people go that route because rejection hurts, it doesn’t feel good, and we just get tired of it.

But rejection can be a key motivator. Every single time I get a rejection from an agent — we’ll say most days ending in “y” — I turn around and send out more queries. It’s not desperate (or not very much); it’s determined. I believe in my work, and I know someone else out there will, too.

But I don’t just keep trying relentlessly without taking into account any feedback I’ve received and applying it. I’m learning, I’m getting better, and I’m not going to give up. I’m going to find the agent who believes in me, and in the meantime, my draft is going to keep getting better while I just get stronger.

Rejection may be an awful experience, but it does have a positive utility. We can hate it. We can dread it. We can even try to avoid it. But if we’re looking for a silver lining, it’s there.