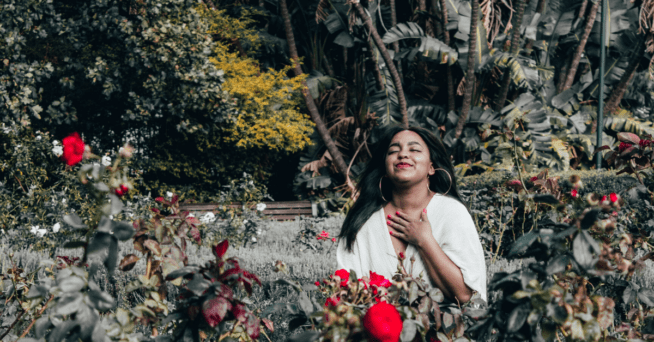 For as long as I can remember, I’ve known I didn’t want to be a mom. Becoming a parent never aligned with my plans for the future. Even though, in my traditional Mexican family, it’s expected for women to get married in the Catholic church, baptize our children before God, and raise our kids to be practicing Catholics so they may teach their children the same.

Unfortunately for my family, I never had that desire. And at first, it had nothing to do with religion. I simply didn’t want to change my life to make room for a child. I didn’t want to make the sacrifices that come with parenting.

But as I grew older, and broke away from my strict Catholic upbringing, I realized I didn’t want to have children because I was so traumatized from my religious childhood. I feared I would put my children through the same emotional trauma that I went through as a little girl.

I realize now, after years of therapy and self-healing — that was just the wounded part of me speaking.

The truth is, I don’t want children because I don’t want children. That’s it. Being a dog-mom is the closest I hope to get. But it took a long time for me to heal the wounds from my childhood and stop blaming my parents, religion, or anyone else for my fear of becoming a mother and my decision to remain childfree. This is how I found peace in my decision.

My parents are loving individuals; they’ve been life-long dedicated Catholics, and they raised their children to follow in their footsteps as best as they could, as their parents had raised them. But even with the best intentions, the execution of their plan is where everything fell apart.

They raised me to be fearful of disappointing God, to prioritize my relationship with Catholicism over everything, and to never ever question the church.

When I got older, if I second-guessed the church’s stance on why we couldn’t have sex before marriage or why abortion was a mortal sin, there was never a calm, open-minded judgment-free conversation to explain why we believe what we believe. My questions were always met with high emotions and disappointment, so I learned to silence my curiosity.

“If you’re having doubt, we’ve failed you as your parents,” they would say.

I was left completely traumatized and overwhelmed by the pressure to never stray from the Catholic church.

Until, naturally, I did.

When I left the Catholic Church as a young adult, my relationship with my parents fell apart.

And I became very fearful of what I witnessed first-hand — that religion can do scary things to people when it is taken to the extreme.

My parents didn’t see what I saw: the more they pushed religion onto me, the more concerned I became that they couldn’t take no for an answer. They couldn’t accept that I was my own individual being with my own beliefs and my own values. They couldn’t understand that even if my views differed from their own, I was still their daughter.

The worst part is that my parents aren’t bad people. This is just the way they were raised, and this is what they believed. We’re all entitled to choose our own belief system, our own views, and raise our children according to those views. There’s nothing wrong with that.

But when you have a non-negotiable, “my way or you’re wrong” outlook on life, that is where you burn bridges, even with your own children.

And as I entered adulthood, and motherhood became more of a serious topic for consideration, I considered myself to be a broken person. And I believed that if I were to have children, they would end up broken too.

From there, I became terrified at the thought of having children. If I even pondered the possibility of motherhood, I quickly reminded myself I’d probably make a bad parent. How could I not be? I was wounded.

Then, a few days ago, I read “I Was Afraid to Be a Mom” by Andrea Huls and it brought me to tears. It was about the fear of becoming a mother because of our broken past. I felt like she was speaking directly to me.

This article couldn’t have fallen into my hands at a better time, because recently, I was gifted with an unimaginable closure.

My father, who has since become slightly more religiously open-minded, called me on the phone this week. We talked for a few minutes before he asked me randomly if I remembered a certain heaven/hell church performance we attended every year as a family.

Of course I remembered this play; I remember it vividly.

It was as traumatizing as you can imagine — a theatre type performance held in a large auditorium about what happens to us when we die. The church would spare no expense every year, and its adult members would get into the characters of individuals who chose the right path in life and met Jesus when they died, or the wrong path in life (sex, drugs, partying) and met the devil. It would actually play out their deaths, some in a car crash, some in an overdose, others from natural causes.

Now, add to that already scary experience for any child, some smoke machines, depictions of drug use, loud sound effects, and terrifying costumes.

It was horrible, and I still remember all of it.

My father said he was thinking about this play recently and he realized taking us to see it was inappropriate.

“I thought, ‘I did so many things as a parent because I didn’t know better. I really hope Jessica doesn’t hate me,’” he said.

Reader, I cannot tell you how much this hurt and healed me all at once. He had never said anything like this before. Never would I have expected this to come from either of my parents. I could hear it in his voice that he felt like he had failed as a father and that broke me into pieces.

But his words caused an enormous weight to be lifted from me. Physically, I felt lighter. My head felt clear. I cried for the closure.

I felt seen. I felt loved. I felt accepted and understood as an individual and as his daughter.

I won’t go into too much detail because this is, in fact, his own self-discovery journey so I will leave that as is, but for my father to be aware of the trauma I experienced was groundbreaking. It opened my eyes to how sometimes, our parents make decisions, not with ill will or malicious intent, but because they’re doing the best they can with the limited resources available to them.

During self-isolation, I’ve only confirmed for myself that having children is not what I want out of life.

My dog and I have become even more co-dependent than we already were (I didn’t think it was possible) and I know I’ll be happy owning pups for the rest of my days. As I’ve written before, “I Don’t Want to Hold Your Baby, But Please Let me Hold Your Puppy”.

But while locked down at home, after reading Andrea’s article, and speaking to my father, I’ve realized that this decision not to have children has nothing to do with my childhood anymore.

I do not blame my parents or my traumatic experiences as a little girl for the fear of becoming a bad parent.

I do not blame the church.

I do not blame anyone or anything for my decision to not want to be a mother.

The fear is gone.

I think, if I were to ever become a mom, I would make a wonderful mom because I know exactly what I needed as a little girl. Unconditional love. Encouragement for self-development. Applause for independent thinking. Acceptance for whoever they want to be.

But I simply don’t want to have children. And to decide that, without pressure or influence from any trauma, is a step forward in my healing.

For the childfree women reading this:

For those women who have chosen the childfree life, I know how hard it is to find peace in that decision. Everyone around you expects you to fall in line because of our biological makeup. At times, you look at yourself and wonder if there’s something missing — but there’s not. Just because the world expects us to reproduce doesn’t mean reproducing is necessary to prove our worth as women.

I hope you reach a place where you are finally free of the guilt that comes with being a woman who doesn’t want to be a mom.