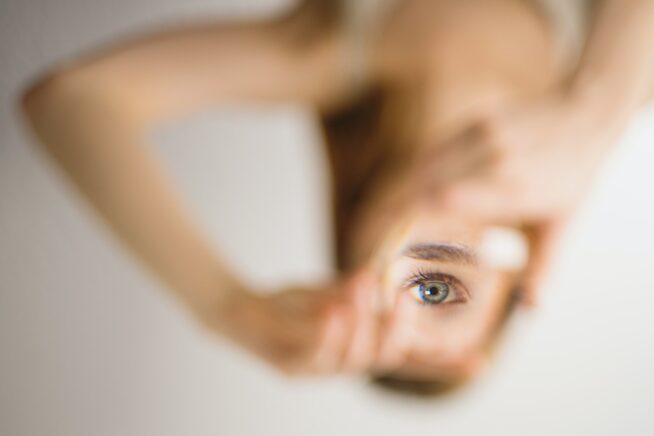 When we were born, we should have been taught about ourselves.

Our parents should have asked ‘who are you?’ before they asked,

It should have been ‘is this you?’ while placing us in front of a mirror.

Then as our bodies grew just a little, they should have helped us crawl towards that mirror every day.

Sit in front of it. Talk to ourselves. Blabbing on and on.

Then walking to it and away from it.

Saying hello and goodbye to ourselves.

Then how it feels to be us.

To know the self before everything else.

It would have helped us reject all the people that were not right for us.

We would have known what is love and what is abuse.

What is a family and what is a stranger.

What is violence and what is caring.

What is prison and what is freedom.

So when the world is scary, confusing and grief laden we would rise knowing ourselves.

We would no longer need another person, to tell us what we can do, what we can become and who we are.

Fear would be lessened. Crime would be almost gone.

Suicide could have never existed.

If only we grew up knowing ourselves.

Maybe we would have felt whole then.

Violence would not have been invented.

Hurting someone else, could not have been imagined.

Maybe even disease would have been lessened.

And racism would not be a part of our evolution.

Instead there would be reflections.

Drops of our souls in a physical form.

But it is never too late to know ourselves better.

Lately I learned a lot about who I am, it started by listening to my voice more and not criticizing it.

Seeing my imperfections and recognizing them as the self.

The more I saw me the more grounded I felt.

I started to trust the knowing behind my eyes, I spoke up more, I wrote better, I connected deeper.

I noticed when I got tired and I stopped the running.

I realized when I was trembling and let go of the weights I had been carrying.

I saw a slower pace as I stepped outside of time.

The slower you breathe the closer you get to the reflection.

After any kind of loss we have to recover ourselves first, before we can recover the world we lost. And Life Reentry is only possible if we know the person in the mirror.

With a whole lot of reflection,

PS. This week’s Dear Life Podcast interview with the extraordinary Dr. Joan Rosenberg and you can listen to it here.