Is It Courage or Cowardice If You Just Let Go? 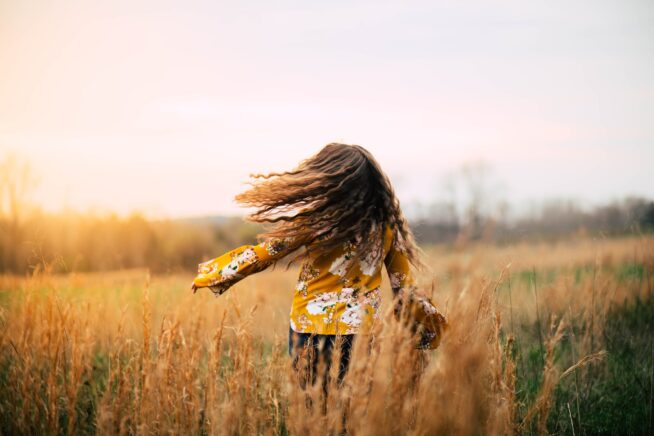 There are times where we have to be strong and fight. There are those when we need to be even stronger and push the brakes, reassess life, and let go of the unnecessary clutter. Times that call for resignation.

As it is, ‘resignation’ carries a lot of dubious vibes. It’s got a murky reputation. We associate resignation with ‘voluntarily giving up’, letting go of control over a situation. We think of it as fear and weakness. Depression and frustration.

And yet, time and time again we hear of its therapeutic, healing properties. We read about how it’s helped people ‘move on’ to something better in life.

Of course, it’s not usually called “resignation” at that point. The compromising word is replaced with phrases like “just let go”, “take it easy”, and “release the toxic [people, situations, thoughts, etc.] in your life”.

In those cases, resignation feels more like detox than resigning from a dream job you failed at.

So, when exactly is resignation detox and when is it plain cowardice? Here’s the test I personally go by (to be answered extremely honestly):

1. Does it feel easier/more attractive to keep fighting or let go?

Courage is a very intimate matter. What seems to an external eye as a courageous deed may, for the said person, be a result of fear or paralysis by a situation.

For example, a woman who tolerates abuse (emotional or physical) often feels ‘courageous’ for doing it ‘for the sake of family’, ‘for the sake of children’. She’s acting out the pattern that courage equals sacrifice. Deep down, however, she is just terrified of the abusive partner’s reaction to her leaving, she’s terrified of starting life over from scratch with her kids, of leaving a settled life for the complete unknown. It’s real fear, not courage that triggers the sacrifice. Yet unless the woman summons up (real) courage and flees, this ‘sacrifice’ may cost her life — her own and that of her children.

On a less extreme scale, a person who ghosts their partner may feel “brave” for leaving a relationship they see no future in. Deep down, that disappearance is a result of being afraid to face up to the other person’s emotions and anger at themselves for bringing things up to such a point.

It can be really tough to figure out fear when it masks under courageous acts. That’s why my own standard for ‘courage’ is a really simple question: what’s the more embarrassing/ fearful choice for you?

We have great self-protection mechanisms in place. The more embarrassing/fearful choices are 99% the ones we’re trying to avoid — but not before justifying them. Avoid that self-justification and you’ll usually have the real act of courage.

This kind of courage may be highly personal. Don’t be surprised if no one really ‘gets’ yours. Acclaim is in no way a yardstick for courage.

2. Will your ‘release’ betray another person?

You’ve got to be really honest with this one and base the answer not on personal (or the other person’s) emotions but their behavior.

For example, when we’re in the wrong kinds of relationships, one of the people is usually immune to genuine, caring emotion (bouts of tears/hysteria don’t count).

We always know who that is: the “toxic” guys/girls who’re only after their own pleasure and convenience.

In such cases, your release may hurt the pride of the person (a lot) but not their trust — since there was no trust on that side in the first place.

Pride heals fast (just make sure to get out of their way while it does). Trust may not heal at all.

3. Is this a situation you have no real control over?

Often enough, we think hours over situations, people, and events we just can’t change. The endeavor is enough to drive both ourselves and anyone near us nuts.

If you’ve tried obsessing over something and it led nowhere, you know just how important it is to ease out of the problem and put a good bit of space between yourself and the situation.

Occasionally ‘letting go’ can be a good practice of thinking in macro, not micro mode. It’s what helps me regain the ground under my feet in those situations that try my patience.

When everything’s good but things just stand still, it’s really good to hear what life’s trying to tell us before acting. To relax a bit. This is the kind of release (the ‘good resignation’) we find in prayer and meditation.

4. Are you acting on emotion/impulse?

Letting go of something can come as a sudden emotional response or impulse just like any other. An impulse to momentary problems, frustration, life phases.

It’s the kind of impulse a person follows when he’s having momentary problems at home, goes into a bar and ‘hooks up’ with a charming stranger. Or when you’ve had a misunderstanding with the boss and out of the blue decide to open up your own business tomorrow.

Like most women, I’m quite susceptible to emotional thinking, though I’m careful not to trust myself in such moments. I usually understand this is just a phase to get through, solve the challenges at hand — but in no case make rash decisions.

If you’re like that too, avoid any chance of your actions turning out impulsive down the road. Make decisions about serious matters in a calm state of mind. Open up that business by all means, but first, research it and understand all the pros and cons.

5. What’s the worst that could happen in each case?

You know that pros and cons list therapists talk about, the one we usually never get to finish? This is exactly the kind of time you need one.

Making decisions with big repercussions — decisions about holding on to someone/something or releasing, pursing that job you’ve always wanted to change, going out and traveling the world, or even becoming a whole new person — you should really understand what you’re getting yourself into. Especially the worst-case scenario.

Worst-case scenarios aren’t meant to scare us away from action. On the contrary, they can be a great incentive to action when we understand that the worst thing we feared isn’t bad at all.

For example, people in abusive relationships or tough life situations think they’ve got no other alternative, nowhere to go. In reality, that’s just the fear inside our own heads ‘safeguarding’ us against action.

Fears are claustrophobic when left by themselves. Being shut inside our own 15cm of the brain, they grow to gigantic proportions.

The best way to shrink them and get them out of there? Nail them to a piece of paper. And reach out for help when you can’t manage on your own (no, that’s not embarrassing, see #1).

Being honest with people we care for is hard. But there’s nothing more challenging than being completely, up-front, hard-core honest with ourselves.

The above questions won’t solve problems in a nutshell, but they will dig up a lot of deep stuff, including our ‘gut feeling’ that’s the real problem solver.

Sometimes just one question is enough to do the trick (for me it’s usually #1, the ‘fear/embarrassment’ challenge). The vital part is being completely truthful with yourself (meaning your innermost fears) and finding the deep trigger that’s driving you to a certain choice.

When you do make that choice, forget about public reaction. Just go with your truth. Especially if you’re tolerating emotional or physical abuse — remember there are no ugly words or embarrassing choices. There are just deeds done too late.

There are people, things, and moments worth cherishing forever. Then, there are those it’s better to let go of, leave, resign — and never look back.