What Really Happens When You Replace Cynicism with Positivity 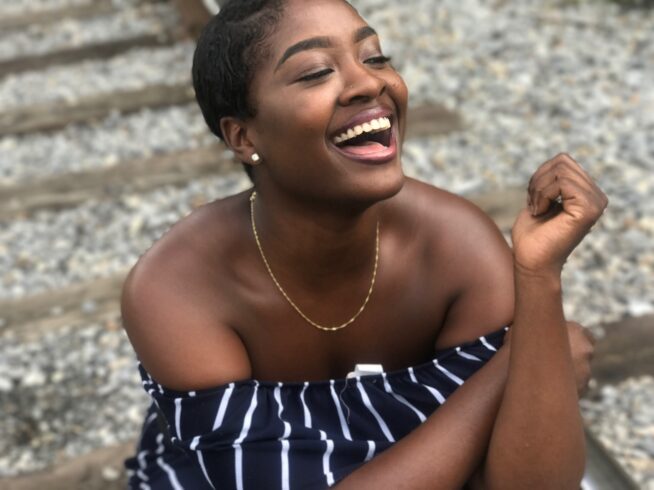 “Inside every cynical person is a disappointed idealist.”  – George Carlin

Chances are, you weren’t born cynical. You just imagined something different.

You imagined a world with less pain. A world where your efforts would be rewarded more. A world that’d give you the things you want most, without too many speed bumps.

But for many of us, life doesn’t go according to plan.

Some of us have been hurt in ways we’re still healing from. Others are struggling to balance families with careers. Many are striving to achieve a dream, but things are blocking the path.

After some disappointment, we start calling ourselves “realists.” We start believing our best lives are just out of reach.

But there are two types of realists: the cynic and the positivist.

They have their realism in common. But one always comes out ahead.

I know that because I’ve been both.

I hope that by sharing how I learned to practice positivity and how much happier I’ve become, you’ll feel encouraged — and ready — to leave cynicism behind and make the transformation yourself.

The One who Said “Enough”

I started out as an idealist.

I believed everyone was honest, because what was the point in lying? I believed the best outcomes were not just possible, but probable. I believed I could have it all.

In school, people told me I was smart, so I should take the reins on group projects. I felt complimented, at first! But sometimes, this meant completing projects without help.

In dating, people sometimes said things they didn’t mean. One said, “I think you’re my person.” The look in his eyes said he meant it. He invited me to dinner on Valentine’s Day and never showed.

In my career, I pushed — hard. I spent three years as a law student and two as an attorney. While practicing, I realized I’d been working towards something I didn’t want. I’d been trained to assume the worst would happen, and protect my clients from it. Pessimism was an asset.

Cynicism was the outcome. Once it took hold of me, I didn’t know how to think without it.

The light I’d always felt inside me—my positivity, you could say—got dimmer. I worried that, one day, it’d go out forever.

I knew I had to change course before it did.

The U-Turn Every Cynic Must Make

I knew I had to start practicing positivity. I had to kick my cynicism to the curb.

But I also had to ensure it didn’t return. To do that, I had to understand what made it feel welcome in the first place.

At first, I blamed my cynicism on life. On the free riders, the insincere bachelors, and the proponents of pessimism. “Reality” had done me in.

But then I thought of all the great things I hadn’t focused on.

The peers who thought I was smart, but carried their weight on group projects. The bachelors who looked me in the eyes and told me what I needed — not wanted — to hear. The people who lifted my spirits when I couldn’t lift my own.

I had been dimming my own light, all this time. Not life.

So I took responsibility for my outlook. I knew it was in my hands.

That’s when I realized I had the power to change it.

My word is my bond.

The “realist” in me has always been proud of that. But the earnest promises I had made to myself over the years were holding me back.

I had promised myself that I would never be shocked again. If someone was dishonest, or if I failed at something, or if a bad thing happened in my life — I’d just shrug. Heck, maybe I would even expect things to not pan out. That way, the pain wouldn’t hit as hard.

I’d also promised myself that if “reality” happened, I’d slog through it all. Because I needed to accept the way things were.

I went a long time thinking the bonds I had made were unbreakable. I thought if I broke my promises to myself, all hell would break loose.

If I followed my heart, I risked heartbreak. If I held someone to their word, I risked feeling naïve. If I thought I could achieve anything, I risked crashing and burning.

If I took on all of those risks, one of them was bound to be realized.

But my cynicism — posing as a defense mechanism — got me to a point where something had to break: me, or the bonds I had made.

I chose to break the latter. Only after I made peace with this decision was I able to actually break those bonds. Positivity set me free.

I forgave myself for breaking promises I never should’ve made to begin with.

I congratulated myself for welcoming uncertainty back into my life.

I let myself feel excited about the successes that lay ahead.

I didn’t take on the role of tortured prisoner. Because my reality was changing.

And I was the one changing it.

The Flexibility of Reality

“Reality” isn’t as inflexible as people make it out to be.

Sure, people who fight reality directly will lose. But those who maneuver around it? Or seek to change it? That’s a different story.

Instead of letting “reality” weigh you down, work around it. Know you can come out on top. Know you can even change your reality.

To illustrate: let’s say you’re waiting for a subway train. You’ve got to get somewhere on time. The train arrives, filled with people. You’re not sure if you’ll fit. Then the doors open.

You have a choice.

You could be the ultimate cynic. You could figure there’s no way you’ll get on; there’s too many people. You could wait for the next train, and the next, until a more “realistic” opportunity presents itself.

Or — you could practice positivity.

You could approach the entrance. You could ask people to move this way and that. You could nudge a few. You could pack yourself in like a sardine.

As a positivist, you’re not ignoring the crowd of people. You know they’re there. That’s reality. You just believe you can operate within that constraint. You believe you can fit.

You can also seek to change your reality, where possible. You can hop on an earlier train or choose an alternate form of transportation.

In either case, positivity will help you get where you want to go.

My life changed drastically after I let positivity take over.

I spoke up in group projects, and in life, to encourage teamwork. I believed in the unique value each person could offer. I trusted people to do their part.

I surrounded myself with people who believed the same. Those were some kick-ass teams.

I also spoke up in my relationships. I expressed my needs because I knew I was worth it. I didn’t fear things not working out.

Finally, I spoke up in my professional life. I told the partners at my law firm that attorney life wasn’t for me. Were people surprised? Offended? Weirded out?

But I was positive I was making the right choice. I had faith I could do better. Be happier. Live more.

Now, I have a job I love. I feel like I can breathe again.

Do bad things still happen? Sure! Life will always have its ups and downs.

But the ups are much easier to see, now. And the light inside me is so much brighter.

It feels wild to do a 180 on your life, but it’s entirely possible. Just like more minor adjustments are. With the power of positivity, it’ll be worth your while.

To replace cynicism with positivity, you have to make a bet.

And you have to believe you can take the first step.

You also have to take a chance on others. Because they’re not just there to disappoint. They’re there to surprise and inspire you.

You then have to realize you’re not really taking chances. Bad and good will happen, no matter what choice you make. You just have to focus on the good.

You can expect good things to come from the unexpected, because ultimately, they will.

And when they do, give them the attention they deserve. Because those are the things that will brighten your light.

Even if you’re the ultimate cynic, and you feel like your light has gone out, know this:

You have the power to re-ignite it.

I hope you enjoyed this post and would love to hear from you in the comments!

How will you practice positivity today?

As the Founder of MyBoldLife.com, Samantha Finegan helps others develop the courage to pursue the lives they’ve always wanted. Connect with her on Facebook or Twitter.