How to Bleed in the First Line 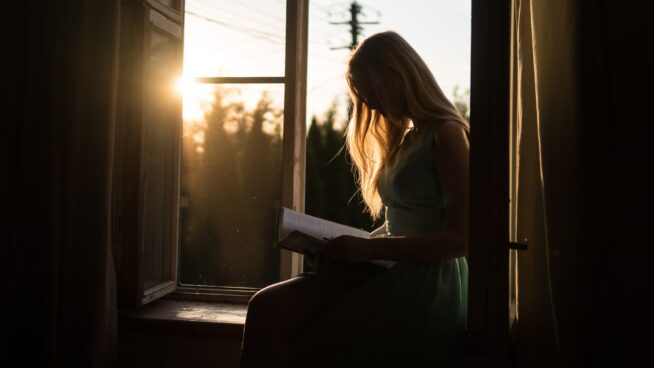 Because I grew up ugly, I was always insecure about first impressions. “Ugly” was my boot camp for bleeding as fast as possible.

I like to study first lines. They have to be powerful: a few simple words that compel us to read the next 300 pages. How do the authors do it? How can I do it?

Here are 12 first lines from some of my favorite books and WHY they “bleed.”

“Mother died today. Or maybe yesterday; I can’t be sure.”

There’s death, confusion, apathy. The entire book is in that first line.

Why so unemotional over his mother’s death? Why is being unsure so critical as we enter into the narrator’s world?

“I am an invisible man.”

Does he have super powers? Or is it a metaphor? How does being an invisible man justify his existence?

Plus the direct simplicity as if he gave up. Why did he surrender so easily? Did the world beat it out of him?

“I first met Dean not long after my wife and I split up. I had just gotten over a serious illness that I won’t bother to talk about, except it had something to do with the miserably weary split-up and my feeling that everything was dead.”

— Jack Kerouac, On the Road

He had an illness. A split with his wife. But these mean nothing compared to “I first met Dean.” They aren’t even worth talking about once he meets Dean.

Things are about to change.

Will he find meaning in Dean? Is Dean so important that it’s not even worth talking about the serious illness or the breakup?

“Many years later, as he faced the firing squad, Colonel Aureliano Buendía was to remember that distant afternoon when his father took him to discover ice.”

He’s facing the firing squad. How did he get there? We’re in the middle of the story. “Many years later.” After what? This is the first line!

Somehow it started with the discovery of ice — symbolic of cold, of the mysterious. He was a boy then (innocent), nostalgic (“father”) and now he’s a colonel about to be killed!

The entire novel, once again, stuffed into that microcosm of a sentence.

“The snow in the mountains was melting and Bunny had been dead for several weeks before we understood the gravity of our situation.”

Three things about this sentence:

And yet, “Bunny had been dead” — horror — and not only dead but “for several weeks.” And why did it take several weeks to “understand the gravity”?

Cruelty, apathy in the idyllic.

I like when a first line suggests we are spying in the very middle of a story.

It’s the difference between the Mona Lisa, where the entire painting is contained within the frame, and something like Nighthawks by Edward Hopper, where you feel there are many stories outside the frame that brought everyone into the diner.

“All this happened, more or less.”

“All this happened” — almost as if we will not believe it so the author insists it’s true. Is it so horrible as to be unbelievable?

And yet… “more or less.” Well, did it happen or not? Is the narrator unreliable or will there be a reason he doesn’t want to relay the story accurately? For some reason, the narrator warns us he might be unreliable.

“It began the usual way, in the bathroom of the Lassimo Hotel.”

— Jennifer Egan, A Visit from the Goon Squad

And when I think “the usual way” I don’t think about bathrooms or hotels or, very specifically, the Lassimo Hotel.

There’s humor in the line because of the incongruity. The sentence sounds like a noir detective novel. We want to find out what “it” was, what is “usual,” why “the bathroom” and why the specificity of “Lassimo.” Four questions in one line plus the noir feeling.

“It began as a mistake.”

Such a simple line. Five words. Again, what is “it” and why was it a “mistake”? Also, it highlights the narrator’s vulnerability. Should we trust him?

We MUST continue in order to uncover the questions.

“You are about to begin reading Italo Calvino’s new book, ‘If on a Winter’s Night a Traveler.’”

— Italo Calvino, If on a Winter’s Night a Traveler

He refers to himself and his book in the first line, breaking the fourth wall with the reader immediately.

Is the narrator Italo Calvino? There’s a paradox here: Did he write that line after writing the book or did he start the book that way.

It’s confusing but not so confusing you won’t read on in order to satisfy your curiosity.

Why is someone named “124”? Is this even a person? Gives an unemotional feeling. And yet we also know in three words that “124” was “spiteful.”  Which implies action.

Why not angry? Why specifically is 124 filled with “spite”?

Spite implies some action, like 124 wants to hurt someone. Spite implies you want someone to feel the pain you feel. As opposed to just feeling angry. Conveyed in just three words.

“The sky above the port was the color of television, tuned to a dead channel.”

A bad novel might start, “The sky above the port was the deepest of blues.” Which is too obvious. Instead, “the color of television.”

What is the color of television? The color of a TV depends on the signal being sent. But the signal is “tuned to a dead channel” — why is it dead?

The static we see on an old TV is the signal from the Big Bang. Unfathomable and yet that is what the narrator sees.

Also, why a port? An entrance to another country. But in this case, an entrance into technology — a television. Life is going to change at this “port”al.

A death just yesterday? Oddly unemotional. And “in his last car crash” implies there were other crashes before this. And the simplicity of the sentence feels like a lack of emotion.

Why the lack of emotion? Why the directness?

The reader is subconsciously caught off guard because more emotion and less directness is expected when someone dies. Imagine if someone you loved died yesterday — would you write the line like that?

A great author uses this freedom to invite us on a journey. And once we set out on that journey, we know we are in for a wild ride.

I hope studying this makes me a better writer.