Resilience Comes with Side Effects, Too 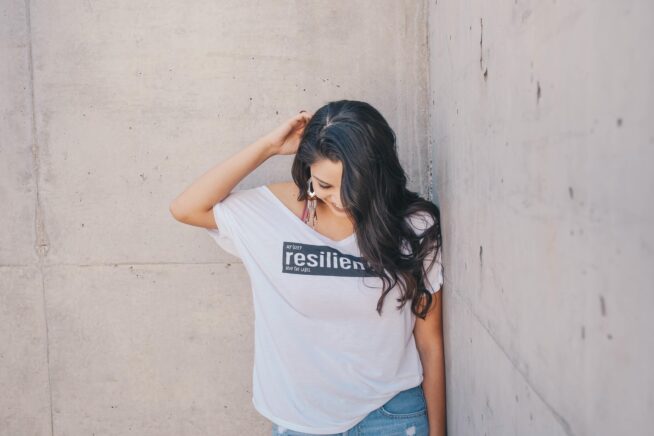 I’ve always prided myself on being a resilient young woman who achieves everything on her own. Having nearly eight years ago moved to another country, started just about everything from scratch and taken a 360-degree career turn, life taught me to cherish the power of resilience.

People have called me stubborn and have more than once attempted to alter my life views — everything from the job I’m supposed to do to the intimate lifestyle I’m supposed to lead. These were the same people who called themselves my “friends” but imagined that friendship gave them a right to interfere with another person’s dreams and place their own life views on a special pedestal. The views that centered on themselves and had nothing of their “friend’s” goals in them.

By the end of my 20s having come to a place where I can thank the Universe for the past eight years but pray to skip any such déjà vu in the future, I’m aware that the resilience I developed came with a price. Or, more precisely, with a bunch of side-effects.

Today, I have several options: to brush off the side-effects and imagine they don’t exist; to think of the side effects as ‘side-virtues’ stemming from the original virtue — resilience (nothing bad can stem from a good tree, right?); or honestly confront these pitfalls and stop them from distorting my future.

To discover myself better, I can only go with the latter. Here are just a few things I discovered about avoiding some pitfalls.

Resilient people respect those who’ve also taken life into their hands and value courage. They’re often restless with the people who are less independent, mature, or strong — the kinds of people who pride themselves on having a ‘fairy godmother’.

When your own life taught you resilience the hard way and forced you to mature young, you have no idea how to deal with someone who likes being pampered. But what if that person is more than an acquaintance or a colleague you say “Hi” to by the watercooler — what if they’re your close friend?

Even though you both avoid judgment, it’s hard to keep friction totally out of the picture. While one frowns at the “pragmatic laborer”, the other inadvertently rolls eyes at the “thirty-something kid”. The question becomes — how do you balance out and keep mutual respect minus the judgment?

I’ve been pricking my metaphorical skin a lot in the past months, and the symptoms aren’t reassuring — it’s definitely getting coarser. This is something I could easily brush off — isn’t that what’s supposed to happen as we border thirty? Isn’t thick(er) skin a sign of maturity?

While age is a natural factor here, there is also something that frightens me — my resilience left scarring. It’s made me tougher, but it also placed me in the group of risk for becoming insensitive, stiff down the road. If I don’t do something about it, what will my skin feel like ten years from now?

As someone who wants to be a mother one day, I understand that my future children will not care about the scarring I had or the life experiences that made me tough. They will only care about my touch staying soft and my strength never becoming a weight of expectations on them.

In the process of developing character and skills, a person learns how to deal with challenges efficiently and trust no one like themselves. While this leads to strong character and good problem-solving skills, it also gets hard to fit into a team where it’s normal for people to have different opinions and work out a common solution. A team like a job or a family.

I’ve seen how the self-assurance that inadvertently comes with resilience leads to distrust and negative emotions in many aspects of life — from career growth to relationships and family life, and I don’t want it to impact my own future like that.

Hoarding to-do tasks may seem like a natural thing for a person who’s good at tackling them — and it seems like everyone else should be grateful to us for taking the initiative. In reality, people want to be involved, trusted, and to be of help. They don’t want to feel weak just because someone else is strong.

Like anything that makes us stronger, resilience isn’t immune to faults and side effects. It’s not something we can hold on to safely for the rest of our lives once secured.

Resilience taught me a lot in life. But with all the “tough” lessons also came these, perhaps the most important:

Most importantly, I’ve learned that like anything that makes us stronger and hopefully a little better at life, resilience reminds us to never relax at what has been accomplished yesterday — lest our virtues grow into something stiff and rigid rather than gentle but empowering.