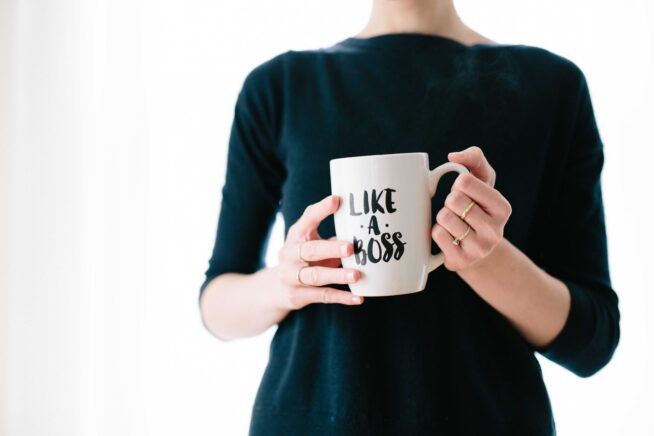 The feathery creature that made it onto my list of the top 50 most inspirational people in my life.

I’m sitting on my single bed, on the lower floor of my wooden cabin, which has become my most treasured writing spot. My house is perched midway up a Guatemalan mountain. It’s quite a hike to get here, but the views are worth every drop of sweat rolling down my face. This is what I tell myself when I climb toward my castle, loathing the steepness of each step.

My house overlooks the famous Lake Atitlan, known as the most beautiful lake in the world. And this title is well-deserved. From my deck (and my bedroom loft,  kitchen space, and outdoor bathroom; I know, I’m super spoiled), I can see its three majestic volcanos ruling over the Mayan towns which are spread around the hills and clustered near the water. One of the volcanoes, cleverly named Fuego, is regularly active and puts on quite a smoky show late in the dusky evenings. All around, nature is dense, enveloping, and rich in diversity, flowers are constantly blooming, and the sun bestows its warmth most days.

As I’m typing this, the sound of an over-ripe papaya crashing on the grass below slightly awakens my jungle cat named Tiny Yoda. She’s lying sluggishly between me and my laptop, which she considers to be her greatest rival. I find her to be an unapologetic attention seeker with a queenly attitude. I must take full responsibility for her bad behavior. I mean, I guess it’s what you get for getting a kitten during a lockdown, and giving it an infinite amount of your love and time.

My activity during COVID involves spending most days cozied up in my dreamy cabin. I was recently doing a Deepak Chopra meditation exercise in which you had to write a list of 50 people that inspired you throughout your life. As I wrote names down, I thought,  “But can I add an inspirational non-human creature to that list?” As I couldn’t check with Deepak directly (he’s a busy guy), I decided to bend the rules a little and add a deeply inspiring fellow that once crossed my path. I don’t know if he has a name, so I refer to him as “The Rooster Boss”. He is the one you can see, refusing to pose with me, in the picture below. Believe me when I say that he does as he feels and takes shit from no one.

Here is how our meeting came to happen.

It was August 2013. My Polish-Australian boyfriend at the time and I were traveling in the western part of rural Nepal from one remote village to another, on our motorbike, chasing wondrous adventures. We went from a safari in the Jungle of Chitwan, to living at an Osho meditation center and playing soccer with little monks. We had a splendid time.

That morning, we had set off early with no fixed destination. Our only plan was to drive until a place drew us in enough to make a stop. Barely after we hit the road, we got caught in a threatening rainstorm. It was increasingly becoming unsafe on the serpentine rocky-muddy roads, so we made the decision to stop at the next village. A few kilometers down the road, we found an uneventful town to stay in for the rest of the day and rented a modest but comfortable room consisting of only a single bed and a tiny balcony overlooking the main street. Two chairs that had lived longer than I were sitting on the balcony. After we both took a semi-burning, semi-freezing temperamental shower, we sat, fuming teacups in hand, on the elderly chairs to indulge in one of my favorite activities: people watching.

It was a poor suburb. A young and very petite woman was carrying a basket attached to her forehead, filled with wood that likely weighed as much as she did. Brightly smiling, colorfully dressed people were walking around, chit-chatting to one another, often holding hands in amicable ways. Two packs of street dogs were roaming the street and got into a nearly deadly fight over the fanciest piece of garbage one had discovered. A few kids were having a total blast squeezing into an old car tire, while their friends rolled them around until they were too dizzy to stand squarely on their own feet. This place was both filled with life, yet surprisingly peaceful.

On the bustling sidewalk, a few doors down from where we were hanging out, a medium-sized white rooster walked out of the front door of a house. How common is it to have a chicken inside your house in Nepal? Was he meant for dinner and this was his attempt to escape? He didn’t seem in a hurry, so I dropped the idea that he was running for his life.

He stretched extensively and began wandering around, scanning the ground for pieces of edible things to swallow, in typical poultry fashion.

After a few minutes had gone by, the rooster started to show some alluring aspects of his personality. The first thing I came to notice was how protective of the area surrounding the door he was. Granted, all roosters are by nature territorial. As polygamous beings, they often need to guard several nests of eggs and their many hens, all at once. Guarding the door and the three meter-squared area around it, nothing, and no one, was to invade his self-proclaimed front yard. He was standing proud and imposing, patrolling the perimeter. You could tell he was sharper than the average rooster by the earnestness of his mission and the decisiveness of his step. About a block away, a man, rightfully walking on the sidewalk, was approaching the forbidden area.

Not even one step in, he got savagely charged by the eight-pound bird. Boss was clearly screaming the nastiness insults at him. He made it into a dramatic scene, yet most people ignored the commotion. Daniel and I were cracking up on our seats. This was a bold and hilarious creature. And this kept on going for over an hour.

He chased everything and anything. A pigeon, a goat, cats, a paper bag floating its way (smart, but still a rooster). He went after more people, women and children included. He had no mercy. To my surprise, no one went after him, neither stood up for themselves.

He somehow commanded respect and inspired fear. He, without a doubt, was the king of his island. We were both barely sitting, on the very edge of our seats, waiting restlessly for his next move. Such deep and long laughter left my belly like that only once before, when I ate two liters of oreo ice cream for breakfast, just to win a dare.

I do not regret many things in life – no wait, actually, this is a straight-up lie. I do have some regrets. Every time I treated someone I loved poorly, that short boyish haircut I chose on my own accord when I was 13 years old, sleeping with that guy(s) when I was over-intoxicated, wearing matching socks to fit in at university when it goes against my personal sense of style, the list goes on. And to that list, you can add not filming this rooster in action.

After terrorizing the neighborhood for a while, a massive and scary looking dog spotted Rooster Boss from a distance. “Oh, that may be the one that brings him down,” I whispered to Dan, a little concerned. The dog approached the scene carefully. You could feel the tense wild-west duel energy building up between the two of them. The food merchant on the street corner was also looking at the upcoming battle with great interest and amusement. The stray dog, choosing an intimidating tactic, charged at Rooster Boss, barking avidly.

The Boss stood his ground in his square-space, not showing any sign of fear or weakness. Seconds before the dog entered his territory, Boss spread his wings to their full capacity and jumped on it, pecking at its face! You could tell the dog was not prepared for such a move. Like a coward, he turned around and ran off weeping. On the pathway in front of us was a metal grid with a stream of water flowing below it. The dog had to take a large jump over it to not get its paws stuck in it. For the first time today, R.B. left his three meters of claimed property and went after the ginormous furry beast. He ran full speed on his tiny awkward legs, and hovered graciously above the trap.

Dan, the merchant, and I all crumbled into tears. This is when a young guy came out of the notorious door. “Are you looking for your rooster?” we yelled from the porch. “Yes, it’s my pet, have you seen it?”  “It chased a massive dog, it went that way just seconds ago,” we explained.  The guy came back a few minutes later, carrying his docile feathered pal under his arm.

“Hey, excuse me, can I come and meet him? He is such a legend!” I asked the owner.

“Yes, sure, wanna hold him?” Needless to say, I accepted the offer in complete delight.

“This is one rebel bird you got there,” I claimed. “Yeah, everyone knows about him here.

He makes the rules on this street. Some people have a guard dog, me, I have this rooster,” he answered, pleased and smiling.

And this is how The Boss made it onto my list of the 50 most inspirational people in my life.

See, he didn’t care that he was “just” a rooster, that most of those he went after were bigger in size, certainly stronger and for the most part, with a higher IQ. He did not let any of these details stop or limit him. He believed in himself and his guarding duty with absolute conviction. Such self-confidence, audacity, bravery, and determination I have seen in very few before.

To this day, when I have a moment of self doubt, and I find myself in need of a swift inspiration, I remember R.B. assertiveness and badass attitude on that special day in Nepal. Because of it, he won a place of honor inside a cushy house as a beloved companion, instead of meeting the traditional Nepalese rooster faith, which is sitting steamy and still alongside a pile of rice on a Sunday feast platter.

Emilie Button is a long time nomadic, believer of magic, forever intrigued by all events taking place in the invisible fields, and the bewildering world of dreamland. By day, she is known as an enthusiastic life coach, passionate reiki master teacher, and sometime bodyworker. She likes jungles walks, her brat kitten named Tiny Yoda, elaborate cakes and story sharings of all kind. You can find more information on her site & on Facebook.