Success Stories That Will Inspire You to Follow Your Dream 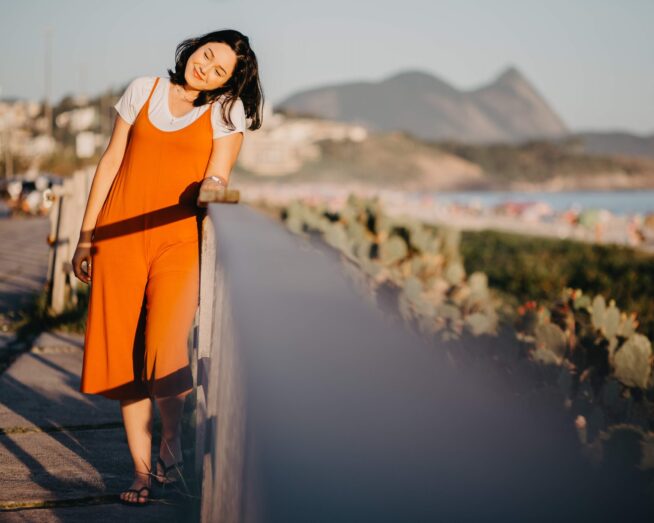 If you are like most people, I’m sure you sometimes find yourself feeling like giving up on pursuing your dream.

But it’s important to remember that some of the most famous success stories started out as complete failures.

So today I’d like to share some true stories with you to consider before you give up.

My intention in sharing these is that they will inspire you not to give up at all, but to persevere in the face of the natural process of achieving any worthwhile success.

Steven Spielberg was rejected three times when he applied to the USC School of Theater, Film and Television.

He ended up going to Long Beach State. After directing and producing such blockbuster hits as Jaws, Raiders of the Lost Ark, E.T., Jurassic Park, The Color Purple, Saving Private Ryan, and Lincoln, he now sits on the Board of Directors of the USC film school, and donates a million dollars a year to the school.

Another person who was rejected by the school of his choice was the famous World War II general—General Douglas MacArthur, who might never have gained power and fame without being persistent. When he applied for admission to West Point, he was turned down, not once but twice. But he tried one more time, was accepted, and marched into the history books.

Dr. Seuss’ first children’s book, And to Think That I Saw It on Mulberry Street, was rejected by twenty-seven publishers. The twenty-eighth publisher, Vanguard Press, sold six million copies of the book. And all of his children’s books went on to sell a total of more than 100 million copies.

Richard Hooker worked for seven years on his humorous war novel, M*A*S*H, only to have it rejected by twenty-one publishers before Morrow decided to publish it. It became a runaway bestseller, and then spawned a blockbuster movie and a highly successful television series.

When Peter J. Daniels was in the fourth grade, his teacher, Mrs. Phillips, constantly said, “Peter J. Daniel, you’re no good, you’re a bad apple and you’re never going to amount to anything.” Peter was totally illiterate until he was 26. A friend stayed up with him all night and read him a copy of Think and Grow Rich by Napoleon Hill. Now he owns the street corners he used to fight on and has written and published 10 books, including Mrs. Phillips, You Were Wrong!

Basketball superstar Michael Jordan was cut from his high school basketball team. He once said, “I have missed over 9,000 shots in my career. I have lost almost 300 games. On 26 occasions I have been entrusted to take the gam winning shot, and I have missed. I have failed over and over and over again in my life. And that is why I succeed.”

Fifteen publishers and thirty agents turned down John Grisham’s first novel, A Time to Kill. More than 60 million copies of his books are now in print.

The movie Star Wars was rejected by every movie studio in Hollywood before 20th Century Fox finally produced it. It went on to be one of the largest grossing movies in film history, and created a series of 10 films that have won a total of 7 academy awards and 9.2 billion dollars in revenue.

In 1992 actor, playwright and filmmaker Tyler Perry wrote, produced, and starred in his first theater production, I Know I’ve Been Changed, which was somewhat informed by his difficult upbringing.

Perry put all his savings into the show, and it failed miserably; the run lasted just one weekend and only 30 people came to watch.

He kept up with the production, working more odd jobs and often slept in his car to get by. Six years later, Perry finally broke through when, on its seventh run, the show became a success.

He’s since gone on to have an extremely successful career as a director, writer, and actor. And in 2011 Perry was named Forbes’ highest paid man in entertainment, having earned 130 million dollars that year. He now has an estimated net worth of $800 million.

When Howard Schultz was raising money to start Starbucks, Charles Schultz, the founder of Starbucks, was turned down 217 times. If he had given up after 200 rejections, there’d be no Starbucks.

Robert Frost, one of the greatest poets that America has produced, labored for twenty years without fame or success. He was thirty-nine years old before he sold a single volume of poetry. Today his poems have been published in twenty-two languages, AND he won the Pulitzer Prize for poetry four times.

Louis L’Amour, the successful author of more than 100 western novels with more than 200 million copies in print received 350 rejections before he made his first sale. He later became the first American novelist to receive a special congressional gold medal in recognition of his distinguished career as an author and contributor to the nation through his historically based books.

Former U.S. Senator and former NBA Hall of Famer New York Knicks basketball star Bill Bradley practiced relentlessly. He had five spots on the basketball court from which he would shoot 25 times. If he didn’t hit 22 baskets out of 25 shots, he’d start over.

King Camp Gillette dreamed of a cockeyed invention that caused investors, metal engineers and experts at MIT to snicker.

They all believed that there was no way a razor could be made sharp enough to provide a clean shave and yet be cheap enough that it could be thrown away when it was dull.

Gillette labored four years to produce the first disposable razor and another six years to get it placed on store shelves. Although only 51 blades sold during the first year, 90,844 were purchased in the second year and Gillette’s risk-taking innovation was on its way to revolutionizing the shaving industry.

When NFL running back Herschel Walker was in junior high school, he wanted to play football, but the coach told him he was too small. He advised young Herschel to go out for track instead. Undaunted by the lack of encouragement and support, he ignored the coach’s advice and began an intensive training program to build himself up. Only a few years later, Herschel Walker won the Heisman trophy.

Did you know that Walt Disney was once fired by a newspaper editor for lack of ideas? And he also went bankrupt several times before he built Disney Studios, Disneyland and later Disneyworld.

Another person who went broke and bankrupt was Henry Ford, who failed and went broke five times before he finally succeeded in creating the successful Ford Motor Company.

Think about this, sometimes what seems like a terrible rejection can be a huge gift. One example of this is the story of Soichiro Honda, who wanted to work for Toyota, but was rejected; however, he didn’t give up his dream of building cars and later he went on to found the very successful Honda Motor Company.

What will your Success Story be?

It’s okay to recognize that sometimes Achieving your dreams can feel like a daunting task and like it is never going to work out.

Whether it is giving up on finding a publisher for your book, getting enough funds to launch your own business, losing the weight you want to lose – sometimes the journey to reach your goal can feel like an uphill battle.

It’s important to remember that we all face obstacles and that when we overcome those barriers, you can achieve the success you so desperately want.

So the next time you think of giving up or quitting, remember these stories of the people who didn’t and went on to create great success in their lives.

Are you willing to persevere to achieve your goals, no matter what?