This 5-Word Question Allows You to Become an Innovative Thinker 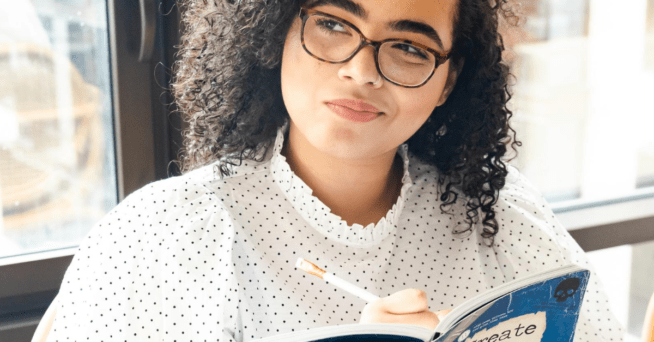 One Christmas morning, my mom was cooking a ham. She cut off either end and then slid the ham into the oven. Watching the oven hum away, my sister asked a simple question: “Why did you cut off the ends of the ham?”

My mother looked down at her, surprised. “I don’t know. I guess because I watched my mom do it this way. And it was the best ham I ever ate, so I do it like this, too.”

Later that day, my mom called her own mother and put the question to her. “I was cooking our Christmas ham when Pia asked me why I cut the ends off. You always did it when I was growing up — why do we do that?”

My grandmother burst out laughing on the other end of the line. “Honey, I did it because our pan was too small otherwise!”

It’s one of the most powerful questions that exists. Maybe you’re afraid to ask because you think the answer is obvious and you don’t want to look foolish. Or you don’t want to suggest the people you follow have bad ideas.

But simply by raising your head and asking why things are done in a particular way, you accomplish two things.

First, you prove you’re an innovative thinker. You’re not mindlessly following orders, you’re considering your actions and really making sure what you do makes sense.

Secondly, you make the necessary space for innovation. There are so many things we do simply because they’ve always been done. They made sense given the current circumstances, but then circumstances change and the tradition remains.

Kids have it easy, in a way. They don’t have to worry about offending their bosses or looking stupid — they can just ask why we do things the way we do. In order to find out who the independent thinkers are, look around for who’s asking the question: why do we do that? And is there a better way?

Here’s the thing about humans: we like routine. We prefer the status quo.

As a group, we’ll always pick the middle-of-the-road option. But we need independent thinkers to break us out of the rut. Simply by applying this five-word question to yourself whenever you spot an unexplained trend, you’ll become a more independent thinker.

When I had been at my last job for about a year, we hired a new person. She came into the office, bright-eyed and bubbly, and immediately started questioning the way I did things.

“Why do you take client meetings in Conference Room B?”

“Why do you always make the teas for everyone in the office?”

“Why do you let the CFO deliver the sales pitch to the customers?”

At first, I was angry and resentful. I’d been doing things like that for a year — what was this new woman trying to imply? How dare she come in and try to change things?

As I tried to defend myself to her, I realized the majority of my answers were the same: because that’s just the way things were done here.

I took client meetings in that room because that’s how my predecessor had done things, even though we had a newer room available. I made teas for everyone because when my predecessor left, people began asking me and I simply took up the mantle. I let my boss, Paul, deliver the sales pitch because he’d done so for my predecessor, even though it fell in my domain.

That woman ultimately made more changes in her first month than I did in my first year. Not all of them were good, but her innovative mindset and approach to questioning simply everything she encountered rubbed off on me.

By asking, “Why do we do that?” every time we do something that’s a habit for us, that we typically perform without further thought, or a tradition we inherited, it forces space for critical thinking, growth, and innovation. And all it takes is five words.

Image courtesy of The Creative Exchange.