These Are a Few of My Favorite Things… 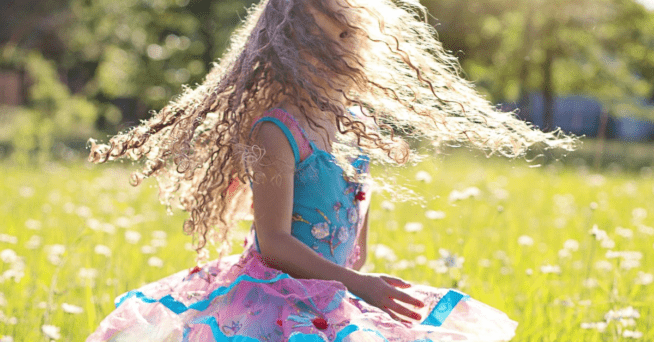 “When the dog bites, when the bee stings, when I’m feeling sad, I simply remember my favorite things, and then I don’t feel so bad.”

Most of us remember those familiar lyrics from The Sound of Music.

It’s interesting really, that many people use that very protocol when it comes to handling disturbances in their lives. In an unwanted moment, there is a choice to switch their attention from the unwanted thing and immediately place it onto something that makes them feel better.

Many will claim that that protocol works. It certainly may work to make one “temporarily” feel better in the moment.

However, the question we should be asking is “Is the protocol we are following transformative?” because that is the million-dollar question.

We’re not interested in the repression of negatives states when they arise in us, for that only feeds their energy and makes them come around again even stronger. When we follow the protocol I outlined above, there is a certain repression of the negative state when our attention is switched onto something else we’d prefer over it.

Repression is a form of resistance. It is very subtle and most often we aren’t aware of the resistance in that repression. I wasn’t for many years. I didn’t understand why negative states seemed so fierce when they came up in me, until one day I realized what had been taking place – the very repression of them in unwanted moments.

Whether people want to accept it or not, it is a fact that we all are part of the same one consciousness. That consciousness contains everything possible from high to low. Who and what we truly are, a formless energy, is ALL THAT IS and will ever be. We are individualized aspects at this level of consciousness, but in truth, we are all that is.

In considering that, I invite you to see how it might be possible that we have been taught wrongly that negative states should be avoided at all costs. If we were in fact taught that, then the automatic response to them when they arise in us would naturally be a resounding “No!”, a certain pushing away of them.

We live in an upside-down world, as you can clearly see though the events taking place right now.

If in truth we are ALL THAT IS, but have simply and unconsciously resisted negative states because that is what we were taught to do, what then could become our favorite thing?

What if we could remember in unwanted moments that in truth we are ALL THAT IS, and that includes the negative state that has just arisen in us. What if we would agree to stand in that unwanted moment, accept it with a full awareness of ourselves, as if it were a missing piece to the grand puzzle of life that was being placed back into its rightful place.

The only way for us to truly know that life is rigged in our favor, is to agree to act on that understanding as I just described.

There is a suffering of ourselves in that. Some call it conscious suffering. We have to pay for what we weren’t aware was taking place within us when there was a repression or pushing away of those states when they came up in us in the past.

The good news is that that suffering is transformative. It actually transforms us and the negative state both. It transforms the whole of the consciousness.

Some of you may say “How can that become a favorite thing, to suffer myself like that?” Well, when you become aware of the kinder and more peaceful human being that is born from that transformation, the suffering will not be looked at in the same way.

Just as a mother goes through great pain in birthing a child into this world, there is a suffering when a human being is being transformed in this world. It is the greatest of all sacrifices.

Terri Knuth (a/k/a Terri Poppins) started an on-call nanny business in 2009 after a 31-year career as a paralegal because she felt a certain calling to work with children. She has cared for well over 100 families with children of all ages, including doing respite care for special needs children. In her free time, she enjoys hiking, biking, swimming, and attending classes at the Life of Learning Foundation, a center for self-study. You can find more information on her site: www.terri-poppins.com.