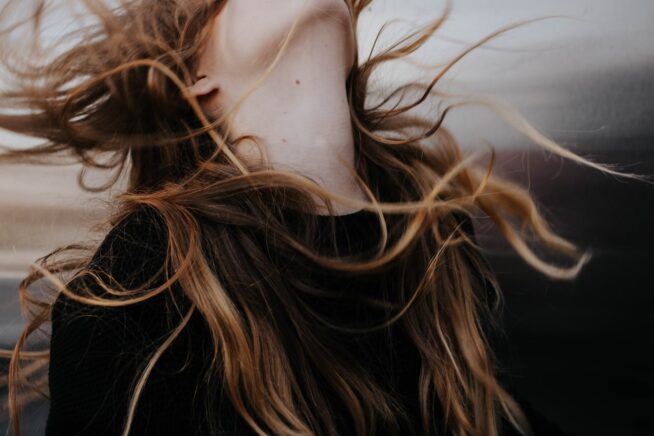 Say “emotion” out loud and you’ll get a variety of reactions. A blissful smile. A giggle. A skeptical smirk. Emotions mean a lot of things to a lot of different people. Yet, as states of being, all emotions have common ground. Anyone who has ever been under their influence can attest to the phases: the initial sweeping force, the strong conviction, the eventual fading back to “normalcy”. Or, since normalcy is a subjective principle in itself (barely any of us would pass all its requisites) and there is no constant in the definition, we may simply call it the “after” in the “post-sweeping” phase of the emotional cycle.

Emotions have always fascinated me. Like many of my millennial generation, it feels like I’ve been born already skeptical of their purpose and, if anything, proud of the fact that I had little to do with being under their influence. Similar to one who rarely drinks or smokes not because of either “morality” or even health implications, but because of the lack of desire to attach to one more thing within a life that puts a heavy toll on attachment, one that can expect to backfire at any moment — similar to such “practical abstinence”, I have treated emotions for the better part of life as a hindrance. Even my teenage years steered away from emotional conflicts, such was my determination not to be influenced by any short-lived and temporary feelings as I had seen emotions to be. Barely mention to me the word, and I would be the disdainful smirk in the crowd. I would be the adamant stoic preaching the vanitas vanitatum of all things emotional.

In this skepticism, I am certainly not alone. In fact, I feel as part of a considerable bunch of relatively young people calling to the intellect to banish emotion, but in reality, also refusing to open up a part of themselves to the possibility of pain that may enter them through emotion. Yet gathering evidence from my side of camp hasn’t led me to any new angles. And as a journalist, different angles to one and the same story fascinate me. The only solution? Keeping a sound portion of my skepticism (wouldn’t expect such a lovingly nurtured habit to just evaporate, would you?), I wanted to dig deeper into the heart of my “opponent”: emotion.

I’m in love with etymology. Mention to me a meaningful idea, and I’ll rush out to see what its roots can tell me. Thus, I decided, my journey to the “other side of emotion” would start not far from home.

Unsurprisingly, digging into the “emotional stuff” my first impulse was to wander at what clues the representation — or misrepresentation — of the word “emotion” holds. My research showed that the feeling we define as “emotion” has gone through some etymological metamorphoses. Prior to becoming mainstream in English as late as the 1800s, the concept was known variously as “moods”, “states of being”, and “passions” — in any case, something transitory and, from Stoic times, something “sinful”. In 1579, with the emergence of the French word émotion, meaning literally “movement, stirring”, I silently rejoiced as a more accurate definition, it seems, has entered the English language — though it took over two centuries more to get into the English dictionary. Yet this definition too, has made little progress in the fact of destigmatizing emotions as “sinful passions”.

Thus emotion has traveled the path from shunned (Stoics) to scrutinized (Western philosophy) to idealized (19th-century literature) to irrelevant for moral principle (Kantian philosophy) to MRI-examined (20th century). Over this course of time, we have steadily conceptualized and intellectualized emotion. Most recently, we have attempted to accessibly order human psychologies into the image of an “IKEAlized” order, with every sugar, bean, and pasta bin transparent, labeled, and filed alphabetically. Yet must we attempt such alphabet order with, precisely, those impetuses that lead us to feel a stir to feel, to act, to create? At their deepest, do not these impetuses also stir up our being like an inner dusting procedure — not always comfortable, but preventing decay?

Now, finally, if you had to picture the word “stir”, what is it that would come to mind? Close your eyes, for a moment, and with me feel the circles, rotation, motion, movement, sweeping, swishing … rush…

Have you ever noticed when the winds are at their strongest? It’s not in winter, no, but in spring. People who are close to the Earth say the Earth is thus awakened: the trees’ deepest roots, the shrubs, the grasses, the flowers are violently shaken back into rebirth, into motion. But what about us? Aren’t we, our seasons, our development, subject to similar laws of nature?

Oh, the beautiful, warm, early days of summer! When it is not hot, and the clouds are just enough to cover the blazing sun. When there’s no wind, and all is still! Wouldn’t it be wonderful to live in such stillness, equanimity, all year, an entire life? Wait — do I hear a “no”? And … is it coming from my own mouth?

Emotions — are they, in essence, not like the winds of the heart? We know that without wind there is no change of weather, ultimately season; there is no motion; there is a kind of unnatural, impossible petrification on Earth’s surface and above it. Unnatural, because movement is universal life, and since the creation of the universe, not a molecule has ever stood still.

Yet winds differ greatly in power over the Earth and above it. From hurricanes to gentle breezes; from winds that awaken to winds that bend; from winds that make trees’ roots resilient to winds that bend to destroy. Emotions are no different. Eliminate them from a sunny, well-tempered day (read: life), and you will be scorched by the heat of the sun (read: ego). But encourage them to swirl and pick up speed, get caught up in that brilliant show for too long, and you may wake up to the aftermath of a storm (read: havoc in life).

For a considerable part of my life, I had thought the best way to “manage” emotions is through stoicism and intellect. Nay, I didn’t even think so —thinking is open to debate — I took pride in it, just as people usually take pride in some queer quirk of their personality.

In the midst of this certainty, I never asked myself another question: what is the very purpose of emotion? For our mind, if we only look at it, never creates a feeling without purpose. There is never meaninglessness in our psychology. And emotion too, is only a vector, a messenger that by virtue of its power over our minds and bodies, we should find hard to ignore.

To answer this question for myself, I returned to the allegory of the wind. If for the moment, we accept the allegory of emotion as the wind, then we can see that the idea of taming the winds over the Earth would lead to nothing but a dead Earth. Likewise, taming most emotions, especially those that make us vulnerable before other people, would give us dead hearts, sensitive only to their own stirrings. Perhaps this is the reason most people find it hard to cut off emotions, and when we do that, we feel not resilience, but a sort of staleness enter our hearts?

Indeed, taming is not the answer — the answer is listening to, hearkening what our emotions — the psychological messengers — are trying to whisper (or shout) in our ear. For behind every wind, there is an approaching change of weather that the wind is hearkening, and behind every emotion, there is a wish, a fear, an intolerance, a disappointment, a goal, a secret desire, an injustice, a hurt, etc. rising to surface. It is perhaps at this point of deeper self-analysis that our journey to the “other side” of emotion should really begin.

As the great French philosopher Simone Weil once wrote in her Notebooks, “We do not choose our sensations. But we do choose (subject to an apprenticeship) what we feel through their medium.”

What a poignant way to start coming out of emotional stoicism and into emotional wisdom.