Curiosity: The Key to a Long Life 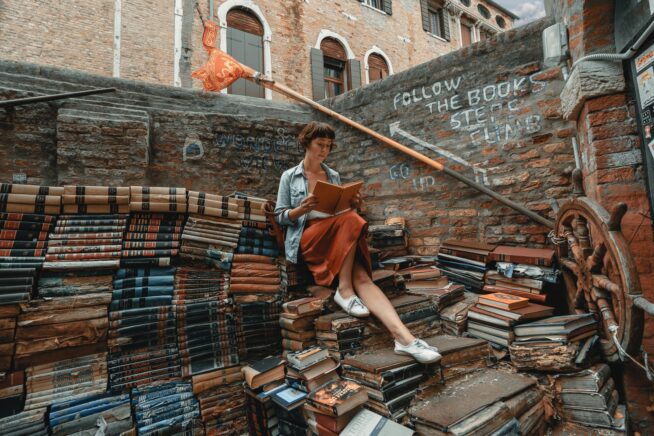 One of my favorite ways to learn is by studying people who have been on this planet for seven decades or more. One of those people is my grandfather, who’s 87 years old, and still takes care of himself.

I also met several highly successful entrepreneurs through my father, who I’m working with since 2010. I had the opportunity to start a business with my dad, and that automatically put me in the presence of great business people and investors.

Two of those people inspired me a lot. One of them is a Dutch real estate investor who’s now in his seventies. He once told me he never wants to retire. Another one is an American entrepreneur from Florida, who we recently started working with. He’s 82 years old. And late last year, he visited us in The Netherlands by himself. To him, age is not a limitation.

But that’s not what the car rental company thought. They didn’t want to give him a car because of his age! He told us, “These people don’t want to give me a car. I don’t understand it. I feel like I’m 50.” 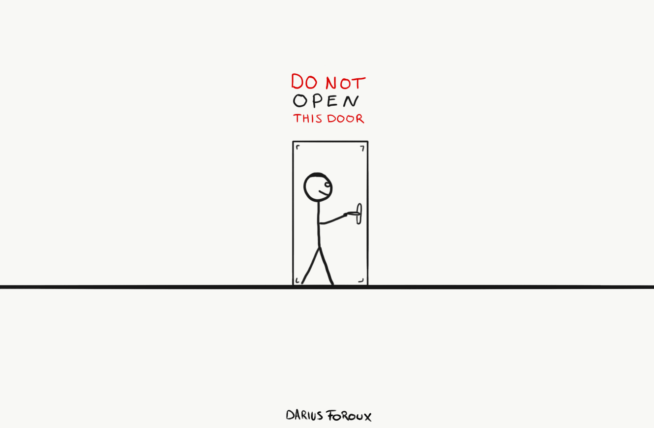 I ask every successful person I know what their “secret” is. What’s the key to a long life? Who’s better to answer that question than someone who can speak from experience?

Here’s what all these guys told me: You’ve got to stay curious. Keep learning new things, keep innovating. Don’t “retire” and call it quits. You’re toast the moment you do that.

It’s not only people I met through business. A big chunk of my readers and online course students are over 70. My oldest student is 88 years old. I probably learned more from his attitude than he learned from my course. Staying an eternal student is without a doubt one of the most important things in life.

Too much of our lives are dedicated to meaningless activities that keep us busy. But a life of curiosity doesn’t mean a life of busyness.

Busyness is the enemy of curiosity

I recently received a message from a guy I used to work out with. I no longer call him a friend, but at the time, we were close. He asked me how I’m doing. We exchanged some messages and I thought it was great he reached out.

I asked if I could give him a call so we could catch up properly. “I’m busy right now, I’ll get back to you.” I haven’t heard from him since.

If I’m too busy for a phone call, I see that as a sign that I’m not in control of my life. I learned this from the same guys I mentioned above. When you call them, they pick up. When you email them, they get back to you.

No matter how many responsibilities they have, and how many people they employ, they always make time. That’s my measure in life. If I can’t take off a day, I need to rethink my life and career.

If you can’t call someone for 10 minutes because you’re busy, life is in control of you. Other people are in the driver seat of your life. This has happened to me too. And I can’t imagine that people want to live like that. It’s this feeling that you’re being lived by something else.

Here’s the thing: When you’re busy, you can’t be curious anymore. After all, you’re too busy for that, right? Big mistake.

In recent years, I’m more driven by curiosity than anything else. In December of last year, the folks from Amazon India reached out to me about my book, Think Straight. It was the most read book on Prime that year. The book received some kind of badge, and they were going to feature it on the Kindle store.

They shared some promotional material I could use on social media to talk about this. While I was very honored by the fact, and wanted to share it, I also thought to myself, “Why would I pat myself on the back?” I don’t care.

Sure, I care a lot that people enjoyed the book. But I don’t need to talk about it like it’s some huge accomplishment. When I see other people doing it, I’m never impressed. Social media feeds from authors and experts are often full of self-indulging posts. And their bios include nonsense badges of honor that no one cares about.

“I have 500 million views. I was named attention seeker of the year.” Or something like that. Congrats, genius. No one cares about your ego.

It’s all noise. When I’m around the folks I mentioned in the beginning, I realize that life is about trying and doing new things. Our 82-year-old friend is still innovating and working on new technologies. That’s how you enjoy life and forget about all the things that don’t matter.

The truth is that I was working on things I enjoyed last December. I simply forgot about the Amazon thing. To be honest, when I first learned about it, I felt honored and wanted to tell everyone. But then, I just got on with my work.

I even forgot to tell my family. I only mentioned it a week later. By then, the promotion already started, and I thought, “I’m okay with the way everything is.”

That’s the biggest lesson I’ve learned from spending time with people who should’ve retired but are still active. Everything is noise except for doing the things that you’re curious about. That will keep your life full of activity and joy. And when you stay active, life becomes long.

Darius Foroux is the author of Think Straight. He writes at DariusForoux.com, where he publishes weekly articles on productivity, habits, decision making, and personal finance.