What It’s Really like to Be an Intuitive Empath 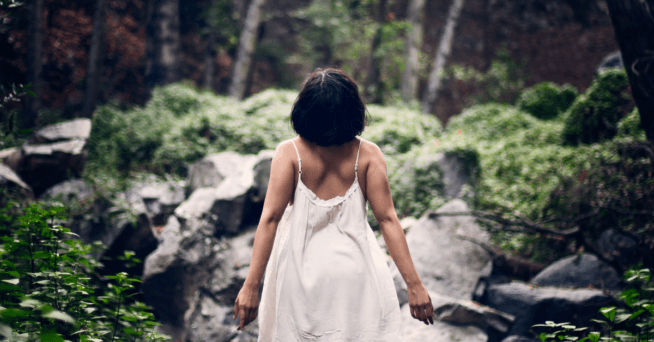 I was sitting on the couch looking out the window. The kids were at school, and hubby was at work. As I sat there, I realized something: I was not living the life I was supposed to have.

This was the moment I realized This ain’t working, and there’s no turning back. (If you haven’t seen Elizabeth Gilbert’s “Not This” Facebook post on this topic, you’ve gotta check it out.)

My whole life, the emotional world around me had kept me in constant pain. In that moment, I was so desperate to feel something, anything else, that the idea of death seemed like a relief. I just wanted the pain to stop. But I knew that death wasn’t really an end—just a transition.

So, I started looking for answers.

I’d wondered my entire life why I was so deeply affected by other people’s emotions. I thought something must be wrong with me. I was being too sensitive or overly emotional. Negative energy never seemed to affect other people the way it affected me.

Fear, judgment, and sadness—the negative energy from other people that we silently accumulate every day—became so overwhelming for me that I felt physical pain.

Here are a few of the questions I found myself asking regularly:

One morning, after a few dark days, I woke up and rolled over to open Facebook on my phone. I never do this—typically, I take my time to get up, meditate, and think about my day.

But this particular morning I did, and the first post in my feed was an article about empaths called “30 Traits of Empaths—Are You One?” I opened it, read it, and immediately realized this was the answer I’d been searching for my whole life.

“Holy shit! I’m not broken,” I thought. “I just have a heightened awareness of subtle stimuli.” I wasn’t an overly sensitive person; I was an empath. This was a true gift of clarity, and it changed my life.

I would never box an empath into a list, but damn, it sure helped me in that moment.

Here are a few that resonated with me most.

Suddenly, it was clear why I saw people as “problems.” An empath feels the pain and suffering of everyone around them—and as such, often believes it’s his or her burden to bear. If I’m running in the park and a woman runs past me, I can feel her emotions—whether she’s happy or upset. If I’m in a house with a lot of people, I get overwhelmed and feel drained after a few hours. I feel so much energy, it takes time to recover.

I explain it to my husband like this: “I don’t hear your words; I feel your energy. The energy drains me and leaves me feeling the way you ‘truly’ feel.”

For an empath, the most liberating experience is that of realizing the energy you feel is not actually necessarily your own. I was freed from the burden of the energy of others, free to create boundaries, free to own my power, and free to use my hypersensitivity as a gift for others who struggle to honor themselves.

As humans, we are under so much pressure to assume the expectations and energies around us. But being an empath has gifted me with the ability to help others sensitives tap into their full power. My hypersensitivity allows me to see where they disconnect and find a way back to balance. The only way I survived those years of darkness—not knowing why I was different from everyone else—was looking inward to honor my mind, body, and spirit.

Until this point, I’ve been trying to survive. But now I’m honoring, accepting, and loving the gifts I’ve been given—and helping women to survive their own journeys and accept themselves now, however messy that is. Because trying to be understood almost killed me. When I learned to honor my uniqueness as an intuitive empath, that was the moment my “real life” began. 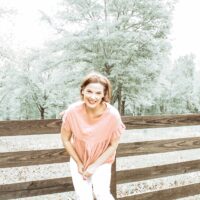 Kristen Schwartz, MA. is a writer, entrepreneur, attuned empathic healer. With a Master’s Degree in Counseling, Kristen’s work with Empaths is unlike any other as she’s bridging the gap between spiritual and science, helping Empaths to see their sensitivities to energy, and understand that their suffering may be related to unhealed trauma. She’s empowering Empaths to build a lifestyle that supports their sensitive nature and empowering them to begin feeling how they want to feel. You can find her at www.realizedempath.com.