When Something’s Not Working Out, Ask This One Simple Question 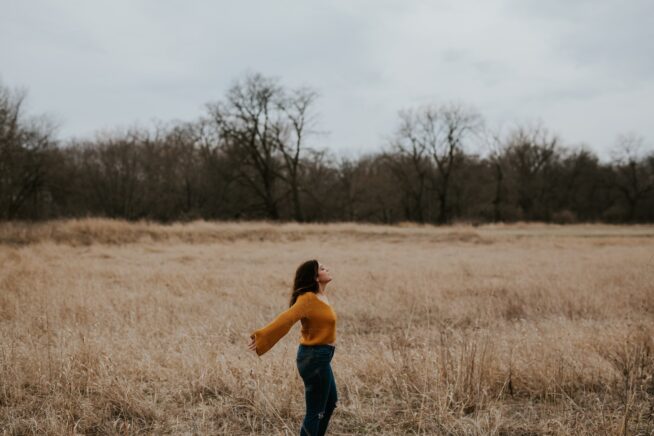 But life isn’t minimalist. There’s a lot of clutter to it. Most times, it takes a heap of willpower to get up and take out that trash knowing full well that some tooth-fairy-turned-Marie-Condo won’t swish her wand and make the mess vanish.

It’s not always the inspiring “passion” that’s supposed to get you out of bed at 5 am and off to pre-breakfast yoga before settling into your minimalist home office with a cappuccino. Nope. Sometimes, it feels like your life is the messiest heap around. (Be quite sure that’s a trick your mind is playing on you. All lives are messy and none are as straightforward as “#Instamotivation” quotes.)

The worst part of the perfectionist cult is when the process of accomplishing a goal, instead of making us happy, makes us miserable and feels like banging the head against a wall. This happens when we pursue a goal not because the process makes us happy, but only because the result is supposed to. Like a puppy that has grabbed hold of its “prize” and won’t let go, we may be clenching onto something regardless of its meaning in our particular lives.

Sure, that goal, idea, job, may have perfectly worked for a Jane or a John on Facebook. But with us, it’s like the timing is never right and no amount of motivation or hard work gets us where others have got before with the same amount of input. It may be a lifestyle, a career path, a relationship, etc. The “what” isn’t as important as the “why the hell did they get there and not me?” where the ominous “they” have succeeded and you have come to a brick wall.

It’s at this point that our life reaches a crossroads. But it also hands us a treasure: an unbiased compass.

When things don’t go as planned, listen to why…

Expanding horizons can be likened to adding extra dimensions to life. When one adds a third dimension to a two-dimensional image, one builds upon the second dimension, not removes it.

A few months ago I was doing a Zoom interview with Mitch Rezman, a formerly Chicago-based entrepreneur, for a business story feature. After a while, the conversation turned from the usual business background and journey questions to the psychological makeup of entrepreneurship.

This is when detailing his own experience of fearlessly starting over in life and business after the ‘08 economic collapse and a dreadful facility fire that burned his business to the ground, he said something that immediately struck a chord with me.

“Be prepared to pivot. When something isn’t working out, don’t try to bang your head against the wall, repeating mistakes of the past.”

From the viewpoint of popular productivity advice, the words uttered seemed counterproductive. Are we not supposed to fight for our goals for as long as it takes, as hard as it takes, including “banging our head against the wall” if need be? Isn’t the very idea of “exploring other paths” a betrayal to the vision we’re supposed to be nursing day and night?

For most of my twenties, I had thought precisely so. As a classically trained pianist who had performed as a soloist with orchestra by age 21, never would I expect that one more profession, one in journalism, would open its doors to me and become the soothing resolution of a tense inner harmony. The resolution came without betraying music for a single moment — I remain professionally involved in both. But like twins, they no longer are separated by blinkers.

From this experience, I have come out the wiser, knowing that expanding horizons can be likened to adding extra dimensions to life. When one adds a third dimension to a two-dimensional image, one builds upon the second dimension, not removes it. It is the same with our goals, dreams, and vision.

When I heard my interviewee talking about “banging the head against the wall”, I would remember the times that I had attempted to do so throughout my early adulthood, pushing where I should have listened and feeling frustrated where I should have felt curious.

Only years later I realized that an inner compass was swaying my heart’s needle into exploring wider horizons while blinker-eyed, I was shutting them out, focusing on the path others had figured out for me as worthy. All this time, my internal magnet was pulling and saying, “When things don’t turn out the way you expect, listen why.”

Only when I listened why and began questioning what my “inner compass” was pointing towards all along, did I come closer to peace.

…and ask yourself this important question.

Everyone rises and everyone falls. That’s perfectly fine. But sometimes, it feels like you’ve been trying so hard, for such a long period of time, but life still “doesn’t give it to you”.

When such things happen — whether in life, career, or relationships, instead of pushing through “at all costs” and becoming resentful, try to find meaning in the barrier, not just a reason to jump it.

In most cases, what the barrier means is your inner compass wants to tell you something important and is putting up some shield before you. It wants you to reevaluate, reaffirm, or just readjust your longterm goals, the ones that will make you happy, vs. the goals that you may have set for yourself on autopilot, or due to external/social factors.

It comes down to this. Whenever you feel like banging your head against a wall in a situation, job, relationship, etc. that has come to a complete standstill against your will, or when something is not working out the way you want to, pause and ask yourself the simple, magic question:

Is the process of achieving this dream/goal making me happy, or it’s only the supposed end result that I’m after? And what does the wall I’m facing trying to tell me?

Unlike popular and mass-produced productivity advice, these answers will be highly individual and highly personalized to you, since it’s your inner compass talking to your heart, with no one else listening.

This dialogue with your inner compass is one of the most important inner dialogues you may hold. Don’t ever worry — it will never lead you to betray yourself, but only to reevaluate and reaffirm your goals while building up the many extra dimensions of your life.