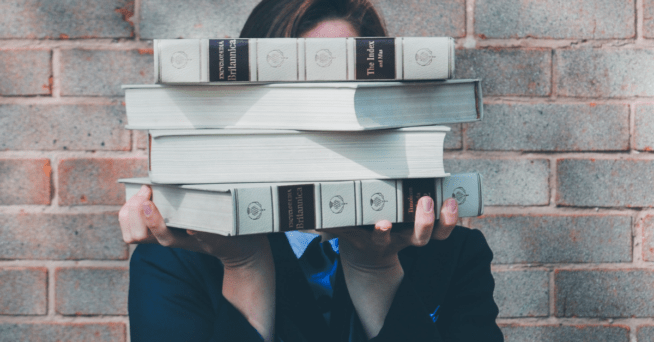 Sometimes, after difficult health news, you feel like going back to the doctor and saying “There must have been some mistake. I am supposed to be brilliant. I have a life, I don’t have time to be sick. This wasn’t supposed to happen to me, I have other plans.”

You feel, quite frankly, done, over, finished with all this illness stuff and now the doctors can do their job, sort it out and you can get back to the thousand things you have to do, which make up your LIFE.

I spent a year looking for miracle cures. Or any cures really.

I suppose I spent a year looking for hope. Except this wasn’t hope, this was an extended form of desperation. I was trying to turn back the clock.

It was a frenzy of researching – trawling through page after page on Google, calling up obscure numbers and speaking to weird people that I hoped had the answer, or someone had passed a card to somebody saying they’d helped somebody and they were really good, as long as you paid £100 a month and bought all their supplements!

I read everything. Everything! I became what my doctors called an expert in the disease.

At the start, I read without reflection, and not from a reasonable standpoint, but compulsively. I felt I had to read every single piece of literature about the illness, every website, every source possible. Because if I didn’t, if I missed one, that could be the one with the cure.

People sent me letters with articles torn out of magazines saying perhaps I should try lymph drainage or go and see a certain practitioner. Sure, they may charge £1000 a treatment and be dubious, bet hey, it might cure me!

People just wanted to help, but at the time I knew all there was to know in the standard literature. And people ringing me up saying “it’s on the news, they’ve found what might be a cure… One day… If the clinical trials go well… If they get research funding… If it’s approved on the NHS.”

But at the start, I wasn’t cynical. I followed everything. I’ve got qualifications in a whole lot of healing modalities and if you’ve heard of it, I’ve probably tried it, yes, including wheatgrass and urine therapy (don’t ask).

After a year, no cure, and Google fatigue, I gave up. I began to believe what the literature said – that there wasn’t a cure. And that the ravaged bits of myself and my old life left around me were now my reality.

This wasn’t acceptance as such, more moving on to a more insidious form of denial.

I closed myself off from hope. I decided to try living in TV land for a while. It’s easy to get there but it’s not so easy to get out. You crawl out of bed and slump in front of the TV. That’s it. Although I can’t say I recommend it.

I left pretty quickly. Even my brain fogged mind and exhausted depression could only stand so much mindless television. (You may soon become aware that I don’t like television. You can if you want. I just can’t stand it. I think it sucks energy, creativity, and motivation and they’re ugly. When we had one I kept a yoga mat over it).

I expected there to be something that would solve everything. I thought that I could still be fixed.

I felt broken and thought I still needed fixing.

So, to put it bluntly, I had done nearly overdone denial and desperation and it was looking like I could get stuck there. But acceptance came, or rather I made a conscious effort and moved towards it.

And then one day I woke up with the realisation that somehow, quietly in the background, over minutes and hours and days and weeks and months, the pain and desperation gradually receded, and acceptance had arisen and was lighting the landscape of my life.

That maybe it wasn’t so bad, my situation. It was tough, and I wouldn’t have chosen it myself, but it was here, and actually, I could deal with it.

(At this point I hated it all so much that the idea of thinking about benefits the situation had or what it could teach me would have made me feel sick. It would have felt like cheating, or like I was opting to be ill.)

I was wholly stuck in society’s stereotype of the abject and pitiful sufferer. But I was slowly climbing out.

My life was coming back together, even growing.

I found that there were other ways to live. Not necessarily ignoring the illness and the struggles and limitations it placed on my life and my loved ones who live with it by proxy.

Neither did I have to frantically search for cures and grasp at the past in my ‘old’ life.

I could just live now. And yes there are some difficult parts, and ups and downs, ‘good days’ and ‘bad days’ and pain flares and relapses, remissions, celebrations and survival.

Truly, when I look back at my ‘old’ life I see that had its challenges and its problems too. Everyone has got something going on. I just had a name, a ‘diagnosis’ for mine.

Before I was ill I was not awake and aware in my life. Not noticing what was going on. Not identifying issues, making a change and creating the life I wanted, I stumbled and fell, through running at full tilt at I don’t know what.

Now I could identify the problems in my life. Accept that they were there, see around them, learn to work with them. To ask ‘okay, now it’s here, what am I going to do with it, about it?’

I was now alive and awake, accepting my power and my choices, standing up for my life even as I couldn’t stand in my body.

Sure I’d rather it hadn’t taken illness to do that, and if somebody had just told me all the lessons I’d learned from being ill without me having to be ill, I would listen. Really, truly I would believe them. But I know it doesn’t work like that.

I’m not saying that we’re sent illness to try to teach us things or that it’s a gift, just now that things are here, and it looks like were going to have to live with it. Then let’s make the best actually Live with it.

For me this is acceptance: stopping pushing, saying ‘okay, this is the way my world is right now. So let’s work with it and get on with it. Pass the (virgin) pitcher, darling.’

I came to acceptance after exhausting every other route.

Here’s the bad news; acceptance, unfortunately, is not like a study course. You don’t pass it, get your certificate at the end and then you’re done.

Acceptance is something that you come to and then maybe you relapse or you get a new diagnosis, or you’re suddenly forced to let go of an old dream, then your emotions throw you around the room and you feel like you’re six months back, just as angry and tearful as you ever were, and you’ve got to get to acceptance all over again.

Acceptance gets easier. Once you know what it feels like, you’ve been there, somewhere in your mind there is a map to it.

Acceptance is not a destination. It’s a practice.

Something that we practice and come back to again and again, we hold it for a while, maybe it slips away, maybe it becomes a deep part of us and then another layer comes up and we practice acceptance on that.

I believe that these strong emotions, sufferings, peace and practices, are part of being human, and I gain strength from the fact that I’ve reached acceptance from the past.

When difficult things happen, which are also new opportunities to develop and deepen my acceptance practice, I just bear in mind my long experience with navigating the spectrum of acceptance and trust I will find my way back to my centre there.

Personally, I ride out my hurricane of emotions until all that’s left is the acceptance, like peace after a storm. How do I do that? I work on it with my therapist (if you’d like to work we me on this read more about my coaching services here) and I use tools like coping when feeling emotionally overwhelmed, packing an emotional toolkit, having a bad day? Head here, creating joy on bad days and 7 gentle, generous, restorative ways to feel better.

What miracle cures have you sought? Where are you in acceptance today? Let me know in the comments