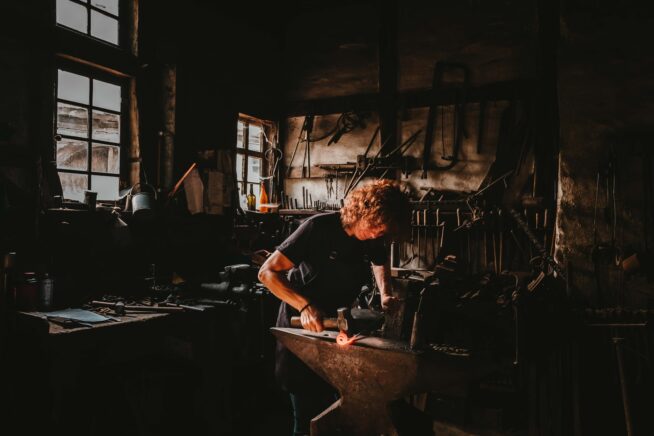 My hands are soft. I don’t use them. Except for typing. Writing. Eating and wiping.

I’ll never know how to build a house. I don’t know why the lights turn on. Or how the subway tunnels in New York were built.

This is proof that life is never over.

All I have to do is Google “How to build a house” and the list of “can’ts” gets bigger.

Because it means millions of people are doing what I can’t. So I can do what I can.

I can build a website. I can write a book. I can go onstage.

I can do white-collar work.

I didn’t appreciate the blue-collar workers until “Dirty Jobs” showed me what I couldn’t see.

He did all the dirty jobs.

He made the blue-collar worker a hero.

He treated the septic tank inspector, the welder, the skull cleaner “like Access Hollywood would treat Brad Pitt,” he said. “The authority went from me to my guest.”

Which was really meaningful to Mike.

Because his dad and grandfather were tradesmen.

“My grandfather was the kind of guy who could build a house without a blueprint. He went through the seventh grade. But he was brilliant. He began working early in his career. And by the time he was 30 he was a steamfitter, pipe fitter, electrician, a plumber, a mechanic, a welder…”

Mike wanted to do all of that.

So he joined the opera.

And took a circuitous route to success.

Which is a skill people have forgotten. We’ve been brainwashed by guidance counselors, parents, peers, social media…

But there’s no straight path to success. All 500+ of my guests made their own route.

He wasn’t going to be his dad. Or grandfather.

He wasn’t going to have their skills. Their hands. Or their route.

He was going to make his own.