You Can Lead a Fascinating Life without Being Wildly Successful 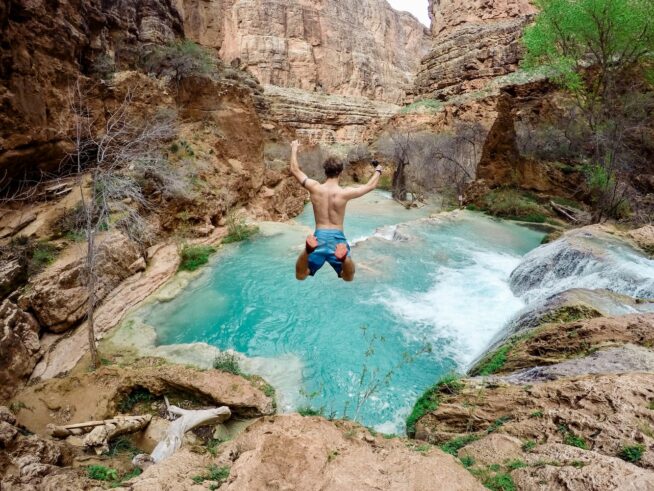 Until the age of 22, my life was anything but fascinating. I was so uninteresting, during my freshman year at college, a group of upperclassmen gave me the nickname: captain boring.

It was all in good fun, sort of, and I pretended to laugh with them. Thirty years later, I can finally admit it. They were right. I was a boring guy.

It wasn’t my personality that made me a drag; it was fear. I played it safe, never risking failure, never risking rejection, always acting in a way to avoid judgment by others; I drifted through life unscathed but devoid of meaningful experiences.

One decision changed everything.

When I finished school, I started working for my dad. Again, playing it safe. But within months, I had reached a point of disillusionment. My clear path towards success no longer seemed worth it.

On a whim, I quit and bought a one-way ticket from New York to Las Vegas.

Within two weeks, I found a job and made a few friends.

My adventure proved successful in some ways, but it wasn’t the life I wanted.

Eleven months later, I returned home without a life transformation.

Success would have been less interesting.

Twenty-five years have passed, and people still press me for details when I tell them of that experience. It was a risk that never paid off, and that’s why everyone finds it so compelling.

We love stories about people who take calculated chances to better themselves or achieve a goal. More so, we love hearing about experiences when you go off searching for something you can’t quite name, hoping it’ll lead to a life transformation you can’t quite define.

It’s those risks that enchant people. It doesn’t matter if your adventures end up in success or failure. A fascinating life is defined by your choices, not your outcomes, so go ahead, take the unmarked road, and don’t worry if it ends up in a dead-end.

Here are six more practices that allow you to create a fascinating life story.

In the late 1990s, I worked for a large insurance company — the most highly concentrated bastion of uninteresting people anywhere. Pam, one of my coworkers, was one of those people. She spoke in proper English, wore studious glasses, and seemed to get high on insurance-speak.

For the first year of our working relationship, I thought of her as just another middling drone toiling away in corporate America.

One day, a group of us were eating lunch, and she mentioned her standup comedy act. Nobody in our lunch crew believed her; it didn’t fit our vision of her. After a bit of cajoling, she invited us to one of her performances.

With her glasses gone, hair resting in a controlled mess, professional clothes swapped for a dungaree jacket, a skirt, and black stockings, she launched into her NC-17 act.

From then on, Pam was the most fascinating person in the office. She had defied our cultural stereotypes, creating a gap between expectations and reality. That made her a compelling person. She never hit stardom, but over twenty years later, I haven’t forgotten her comedy act.

Reveal what others keep hidden.

During the last four years, I’ve met dozens of other writers, and consider many of them the most interesting people I know. Some are wildly successful, while others struggle financially.

What excites me about all of them is their willingness to ditch the velvet rope that separates the outside world from their innermost thoughts, visions, ideas, struggles, regrets, and failures — the things most people fear revealing.

When you put your ideas out into the world, you invite criticism. When you reveal periods of struggle, personal demons, and crushing mistakes, you leave yourself naked for all to see. That’s why so few people do it, and why the few that overcome the fear fascinate everyone else.

You don’t have to be a writer to let people inside your exclusive club. You can become an artist, speaker, or activist. How you choose to express yourself doesn’t matter. Once you allow people inside and reveal what any sane person would keep hidden, you become super-interesting.

In high school, quirky people make easy targets for bullies. They’re different, don’t fit neatly into one of the pre-packaged cliques. But as we age, it’s those quirky ones who intrigue us — the ones with weird jobs who hang out in dingy theaters to watch 1950s film noir when everyone else goes clubbing.

Most of us do possess quirky traits, but we learn to conform. We aspire to fit in nicely with all the other puzzle pieces. Life’s easier that way, and conformity makes it more likely to get a corporate job or qualify for a promotion.

It takes guts to be different, and you may lose out on traditional opportunities. But it’s more fun, and it makes people more curious about how you think and how you see the world.

Devote yourself to a cause.

Even if you despise billionaires as a group, there’s one now-former billionaire that’s certain to spike your interest. If you’ve never heard of Chuck Feeney, you should spend an hour researching him.

He’s a self-made guy who gave away his entire fortune of 8 billion dollars while still alive, donating to various causes, often anonymously. He started his foundation in 1982 and had been secretly giving away his cash until he ran out of money.

Feeney was wildly successful, but you don’t have to give away vast fortunes to achieve the same kind of allure. Devoting your efforts to causes you believe in demonstrates you’re someone with strong convictions and a clear vision of how the world should work, and most importantly, it shows you’re someone who’s making a difference.

In my twenties and thirties, I was a prolific runner — marathons, trail runs, relay races. Throughout my twelve-year running career, one story stands out and entertains people the most: a 200-mile relay race I ran in 2009 where our van got stuck in a ditch. 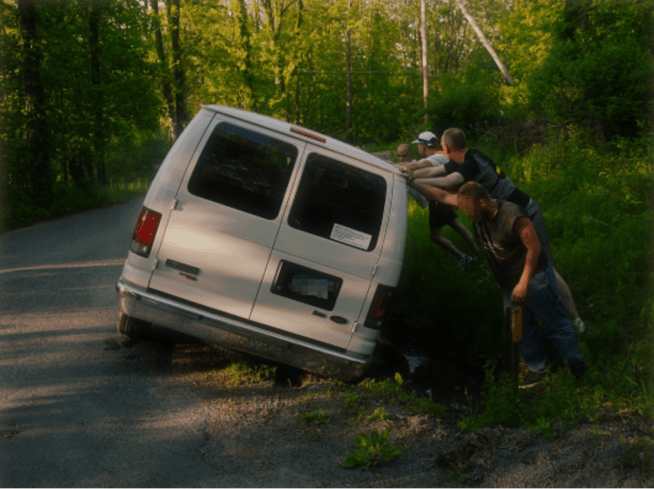 Crazy experiences like that suck when they’re happening, and often feel like colossal fails rather than success stories. But they’re usually the only memories we take with us, and when we look back on these experiences, we do so with nostalgic fondness.

If you look back on your life and feel like it’s the same day repeated ten-thousand times, then it might be time to embark on a new adventure. Better yet, try a lot of them because most will prove forgettable.

You can’t plan for memorable moments. They happen without warning when you least expect them, so focus on quantity to get quality.

Do at least one experiment a month.

During my twenties, I worked in five different careers. That broad experience changed how I viewed the world. But today, like many, I no longer have the luxury of trying out various vocations. I’ve got bills to pay and a family to care for, so I’ve got to put off that promising music career, world travel, and twelve-month sabbatical.

But I love to experiment. It’s so ingrained in me that I’ve made it a part of my profile on social media platforms.

Through experimentation, we can incorporate exciting threads into our lives. Plus, it’s the perfect response when someone asks, “What are you up to these days?”

Commit to doing one experiment a month. Document the results. Decide if it’s a keeper, and then move on to your next one. Life will never be the same.

All you need to know.

You don’t have to hit the traditional success metrics of money, job title, awards, or fame to live a fascinating life. These are the seven takeaways.