How to Remember Your Good Parts. Because You Have Them 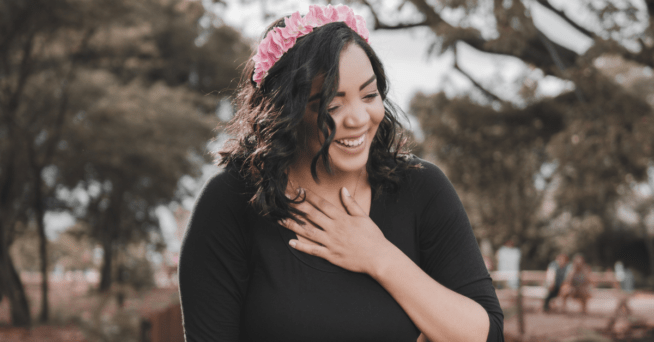 We’re anxious, fearful, insecure people. These parts have a lot of pull over us. Sometimes, even when we fight against our own wretchedness and try to improve, we still lose. We begin to believe that no matter how much we do, we just can’t change. Hopelessness is created and sustained by self-bullying.

What if instead of exhausting ourselves with doubt, we listened to the parts of us that encourage?

But these parts do – very much – exist. And when they are heard and heeded, they’re powerful.

They give you energy rather than make you spend it. You feel nourished, not judged. Sustained, not drained. They show you that you’re all right, maybe better than you think. You’re comfortable, at ease, able to pause instead of quickly react. They show you that even you might be kind and honest.

You may have felt these parts when you’ve:

Sometimes you really make an effort and things work out great. Other times things turn out only okay.

That’s fine. Even though you may feel like a hopeless, sleepwalking, nervous fool, these parts show you otherwise. You have proof!

They remind you, “Hey you – you’re more than just your hungry, habitual parts, remember? Remember that one time you did that thing for that person and you felt super good and strong?” Your good parts know what you’re really made of.

Today, right now, take some time to pause and listen to your special, good parts. You may not have seen them in a while, but they’re there, waiting to be heard.

If you don’t listen, who will?

Ishita Gupta is an entrepreneur, speaker, and business breakthrough strategist. She publishes Fear.less Magazine and runs her consulting business helping people gain confidence, live without fear, and thrive as business owners. Since diving into personal development a decade ago, she’s spent the last five years helping people specifically build confidence and self-worth enough to pursue their dreams. Ishita speaks at conferences around the U.S. on entrepreneurship and leadership, including World Domination Summit,TEDx, Startup Princess, Next Generation Health, Business Growth Summit, Young Female Entrepreneurs, and more.. You can also follow Ishita on Twitter.