How to Quietly Leave a Lasting Impression on Someone’s Life

From Our Community | Giving, Working 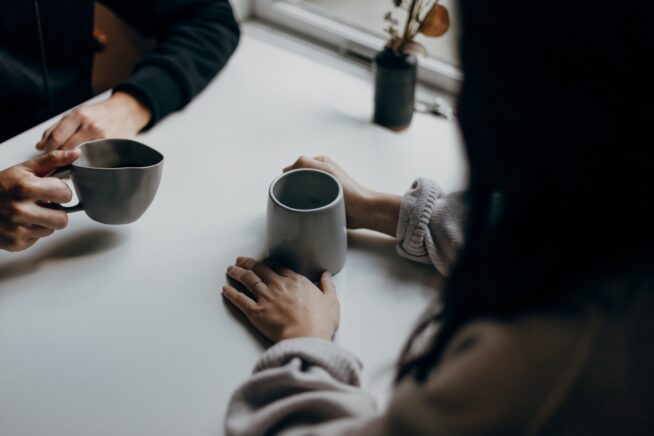 Sixteen years ago, I was a pitiful entrepreneur, desperate for a miracle. That’s when I met Brian at a local chamber of commerce meeting. He was a successful businessman who would eventually coach me to a six-figure income, but not before I came within inches of bankruptcy.

When I first sat with him, I expected to learn a few tips on how to close a sale or overcome my fear of cold calling. Instead, he coaxed me into telling stories about my business and personal experiences. That was how he’d learn about me, he said.

A week later, I hired him to mentor me in sales.

We had a good working relationship. My confidence improved, as did my sales skills. When our business relationship ended, I could see the finish line. I was so close to greatness.

At this point, I’m supposed to boast about hitting an eight-figure net worth and retiring to the beach for a life of surfing, sex, and quiet contemplation of philosophical conundrums. But no, I had failed.

The market went south, and my business tanked. I held on longer than I should have, unable to relinquish my fantasy. Brian and I had kept in touch, becoming friends. He sensed something wrong and demanded I come to his office.

He questioned me for a few minutes then cut me off after a brief discussion on finances.

In a near whisper, he said, “You’re broke. You have no business. You need a job.”

I knew this but couldn’t accept it. I had been out of the market for two years. Who would hire me? I explained this to him.

We put together a plan. I called everyone I knew and managed to score an interview for a job I was grossly unqualified for. I had two weeks to prepare. Brian coached me every day — free of charge.

I’m down to my last dollars.

I aced the interviews. The hiring manager promised me an offer, but the offer never came, my calls went unreturned, and my cash reserves raced towards zero.

Brian gave me a voice mail script — the words borderline insulting. But he guaranteed it would get me a callback, and I’d learn one way or another. I hung up on the manager’s voice mail several times before I mustered the courage to follow through, but I did it.

I won that job, and during my tenure there, I earned over 2.5 million dollars in salary and bonus. I offered to pay Brian for his help and write a testimonial for his clients and prospects. He refused. For a long time, I had no idea why, but now, I finally understand.

Get to really know someone by getting them to tell stories.

When Brian wanted to learn about me, he didn’t ask about my strengths and weaknesses. That was a good thing because I would have given bullshit answers.

Instead, he coaxed me into telling stories about my successes and failures. That’s how he figured out where I excelled and where I struggled.

When we finished, he asked if I were willing to listen to his objective feedback. I agreed. He lifted his notepad and showed me the two columns of strengths and weaknesses. In that one hour, I learned more about myself than I had in my previous 30 years.

Focus on what someone needs, not what they want.

I walked into his office, hoping for a few nuggets of wisdom to improve my sales game. That’s what I wanted, but not what I needed.

He threw a manual on his desk. “This is my sales bible. People pay thousands for this training. Take it for free. It won’t do you any good, though.”

All the information in the world wasn’t going to help me because I lacked confidence and belief in myself. At first, I resented hearing someone tell me I needed X instead of Y, but in time I came to appreciate the insight and honesty.

Be brutally candid, even if it hurts them in the short run.

On the verge of bankruptcy, I wanted someone to help me fix my business. But it had already died, and if I didn’t act fast, I’d be broke with no source of income.

Brian told me it was over, and I argued, pleaded, and lashed out. Eventually, I had to accept my situation.

When you tell someone a truth they don’t want to hear, they’ll resist and resent you as long as they cling to their fantasy. Sure, that’ll leave the wrong kind of lasting impression. But it’s better than lying. For those times they do come around, they’ll feel eternally grateful that you were brave enough to be honest when nobody else would.

Help them achieve something beyond their current capability.

Brian coached me into getting a six-figure job way beyond my qualifications. He knew nothing about the role I applied for, but he knew people well enough and coached me in any way he could while holding me accountable to act when fear caused me to hesitate.

Never underestimate the value of expressing your belief in someone; you’ll help them unlock the mental blocks stifling their progress. Hold them accountable — gently push them through hurdles they may not want to tackle.

That’s the holy grail of making a lasting impression. Help someone achieve something beyond their current capability by offering wisdom, support, and accountability.

Do it quietly. It can never be about you.

I haven’t spoken to Brian in twelve years, but I finally figured out why he refused payment or testimonials for his efforts. That too was a lesson — one I’m finally learning.

To leave a lasting impression in someone’s life, you must do it quietly. Be the invisible sage who hides in the shadows. Your assistance must come from a place of generosity and a desire to help someone help themselves so that one day, they can do the same for others.