On My Fears of Turning into a Sloth & Seeking an Alternative 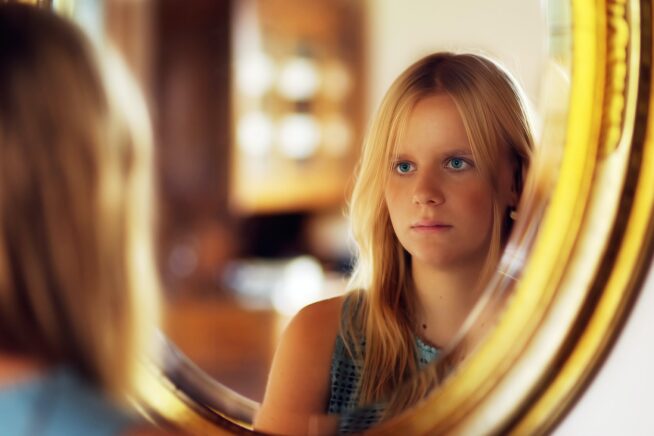 I do it too, some days I look at my body and wish I looked different. I visualise how I would look if I were stronger or fitter. If my body were sleek rather than sore and swollen.

They’re all so tempting, those narratives.

If I push and push, I’ll somehow break through an invisible, unspecified internal barrier. Then emerge the other side; svelte, joyful, filled with ease. In the films, the training montage shows challenge but it’s always overcome. The protagonist is seen to have the resources and capacity to overcome such challenges. They don’t begin exhausted. I can’t imagine my body beginning anything other than exhausted.

One week when I was tackling a difficult task I fell very much into that push-through narrative: I had to get six months of forms together, in triplicate, co-signed by four different people and still get to work, college and appointments. I was waking up at 5 am (I wonder why sleep was difficult at that pressured time?) and planned to get movement in early. Because if I didn’t do it at the start of the day, when would I. But getting up at 5 am is tricky, even if you wake up at 5 am. Well, if sleep is un-refreshing or riddled with nightmares. If that’s you, you’re in good company as I’m there too.

I was looking for songs with a bit of go in them to encourage me to move. When I’m very achey, I often put music on and just lie on my yoga mat and let the beat breathe through me until I can move with it. I lie still and focus on the rhythm until it enters my body with my breath and I’m listening to the movement within my own muscles. The notes flowing along my limbs until I flow too. From that place it’s easier to move into asanas, I’m less stiff and more present with the tender companion of my body.

But that morning, I listened to a song on Youtube, with a music video full of rain and a pulsing beat that circled the chorus like a lazy hawk. I’d listened to it years ago at the gym and it seems it’s a popular exercise song, because after it finished Youtube autoplayed others I recognised from gym-playlists and then another kind of video popped up. It was termed motivational and while I love encouragement, this speech suggested sleeping was weak and getting up earlier than everyone, working out three times a day and letting go of the ridiculously lazy notion of sleep would mean I could succeed in life.

Succeeding in life looked very specific here, with lots of money, a large house with floor to ceiling windows and a view of a mountain, expensive appliances and a slim, light-skinned lover. So, not my life or my dreams, then. But success here also looked like having all my work done, which I wanted.

‘You don’t look like the people on the video, and maybe you should’, my mind whispered. There was even a wheelchair user in the video, a woman strength training, pulling a car tyre behind her chair in the rain drenched pre-dawn. That’s never going to be me; I’d get pneumonia again, I’d dislocate something, I’d end up in hospital again. It may look strong, but to me, it also looks punishing.

But what’s the alternative?

I have feared that if I didn’t criticise myself in the guise of ‘motivation’ that I’d somehow dissolve into someone who lived in a blanket den, reading fanfic and eating olives and vegan cashew cheese kale crisps, forever. And while that sounds utterly delightful, that’s part of the problem. The fear that could really be my future, if I didn’t keep pushing myself.

There is an alternative: I don’t have to be mean to myself or dissolve into a perpetually procrastinating sloth with an insatiable appetite for fanfic. Instead, I can practice self-compassion.

Self-compassion gets us closer to where we want to be than internal bullying disguised as motivation. I offer myself encouragement and understanding rather than critique based motivation. I first learned about this from the work of Dr Kristin Neff.

Why does self-compassion work?

As Neff explains, “compassion is concerned with the alleviation of suffering. When we feel compassion for our own pain — especially when the pain comes from our maladaptive habits and behaviors — we want to heal our pain. We want to makes changes and improvements that will help us suffer less. While the motivational power of self-criticism comes from fear of self-punishment, the motivational power of self-compassion comes from the desire to be healthy.” Read more here.

Also, guess what? The bullying often described as ‘motivation’ often leads to lower self-efficiency beliefs and an increased fear of failure. So pushing yourself only means you feel less able to accomplish the task, are so scared of failing that you don’t try and are more likely to be anxious.

How do we practice self-compassion? I use techniques like:

What are your favourite ways to practice self-compassion? Let me know in the comments.