Are You a Name-Dropper? (and What That Says about You?) 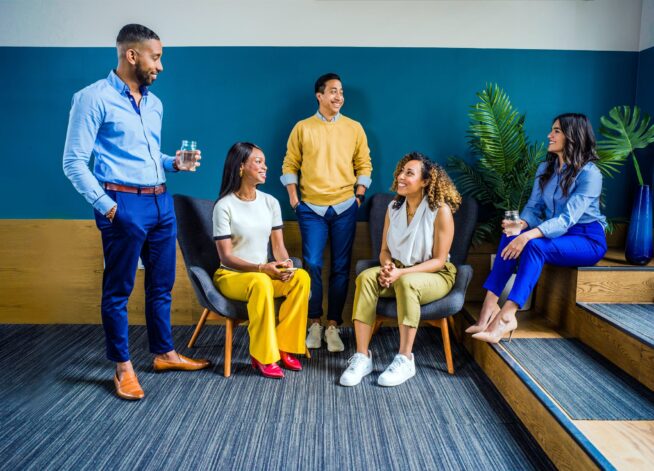 Are you a name-dropper? Do you use the names of famous people in headlines to drive clicks even though they’re barely related to the content? Do you tag influencers, top writers, or verified users in your posts for no credible reason? Is it because you’re hoping that others will presume you know or are even friends with them?

If you said yes to any of those questions, then what does that say about you?

You might justify your name-dropping, influencer-tagging ways as something you have to do to advance your interests. You do what you have to do to get ahead, even if that means misusing big names in headlines or tagging people unrelated to you hoping to gain more views or attention.

Ultimately, the impulse to name-drop comes from the same place, whether you tell someone at a party you went to school with Britney Spears, used to work with Kelly Clarkson before American Idol catapulted her to fame, or casually slip Bill Gates into your article headline.

One of the biggest reasons people feel compelled to drop names is to stand out. When we feel as though our accomplishments pale in comparison to those around us, we feel compelled to make ourselves seem bigger. It’s the equivalent of puffing our chest out and swishing colorful feathers.

It might feel good the first time, it might even elicit a positive response. However, the more frequently you name-drop or tag for credibility, the more insecure you look. That’s difficult to swallow when it was your insecurity you were trying to cover up in the first place.

Why are we so tempted to name-drop in all of these situations? It’s all about status. We want people to believe we’re part of the in-crowd. It’s a nice boost to your self-esteem for people to believe you associate with powerful or popular people, and it makes you look good, too. Well, until you get caught out. Some name-droppers do so because they believe they’re unique and because they’re so unique, they should associate with other unique, high-status institutions and people.

However, it mostly boils down to self-esteem. We feel anxious. We doubt our contribution. We feel uncomfortable about our work. It’s easy to get caught up name-dropping when we start interacting with people more powerful.

For example, you’re a working writer and other recognizable writers have commented or appreciated your work. You aren’t friends with those people, but you begin to tag them in your posts because associating with them and their accomplishments make yours seem greater. It seems innocent, but it can be damaging.

There’s also the temptation to include big names in headlines to drive clicks, but that boils down to the same thing. It’s all about status, in-crowd, and making ourselves seem more than we are in terms of perception.

Yes and no. In terms of writing headlines with big names, it may drive your initial traffic. Here’s the thing… if you repeatedly pull headline tricks like that people will lose faith in you. There are outlets and even specific writers we expect clickbait from. If that’s what you’re interested in creating, then that’s fine. However, if you consistently clickbait people by name-dropping and your content doesn’t payout, then you’ll lose credibility.

It doesn’t matter how smooth you think you are when you name-drop, when you bring someone else’s name into things you’re creating a distraction. You’re detracting from you by bringing other people into the situation.

Moreover, a study from the University of Zurich, Switzerland, published in the Journal of Social Influence, found that when you name-drop in an attempt to claim closeness to someone powerful, others recognize you as being a manipulative, incompetent person.

This is especially true if you’re speaking to someone more powerful than you. They can see your anxiety as you give in to the temptation to name-drop and your credibility begins to tank with them.

When you’re part of the inside group, you don’t need to brag about it, and it becomes easy to spot outsiders falsely claiming to be a part of that same group. So, while you think name-dropping is harmless, it’s damaging your credibility with the people you so desire to be associated with.

For all you know, the people who enjoy your writing dislike the person you’re name-dropping. There’s something to be said for authenticity.

So, what do you do when you find yourself desperate to name-drop? Don’t do it! When you’re in a face-to-face situation, simply focus the conversation on you and the person you’re speaking to. The best way to manage your anxiety or self-consciousness is to focus on them by asking questions. That same idea can be applied to social media.

If there’s someone in your sphere whom you admire, you can reach out to them without tagging them in your posts. You can private message them about their work, ask deferential questions, and engage the old-fashioned way in a modern setting.

When you ask experience-based questions that easily dissolves any feelings of intimidation. You’re appealing to their ego while putting yourself in a position to create a connection and learn more about them.

If you’re worried about looking competent to them, don’t give in to the temptation to name-drop, simply talk about the projects you’ve completed or the roles you’re interested in. You don’t need to talk about who you almost worked with or once brushed shoulders with at a charity event. If you have a mutual friend in common that may come out in the course of the conversation — that doesn’t count as name-dropping. For example, you’ve mentioned your work thus far and they know someone who also worked there.

That doesn’t solve the headline problem. Look, if you want to drive traffic to your articles and increase engagement, you can still write headlines that classify as clickbait. You can still write a great headline, deliver on content, and maintain your readership. Unless your article is directly related or entirely about a specific person, keep their names out of your headlines.

All that to say, if you’re a name-dropper, then it probably says you’re insecure about your position. We all start somewhere, and your success isn’t dependent on what others around you are doing. Focus on you and focus on producing your best work in every situation. Success will come, no matter what it looks like.

I’ll leave you with this simple advice. If you admire someone, don’t be afraid to admit that to yourself and to them if you get the chance. If you want to engage, simply reach out and say so. “How did you get started? I admire everything you’ve achieved.” It’s as simple as that.