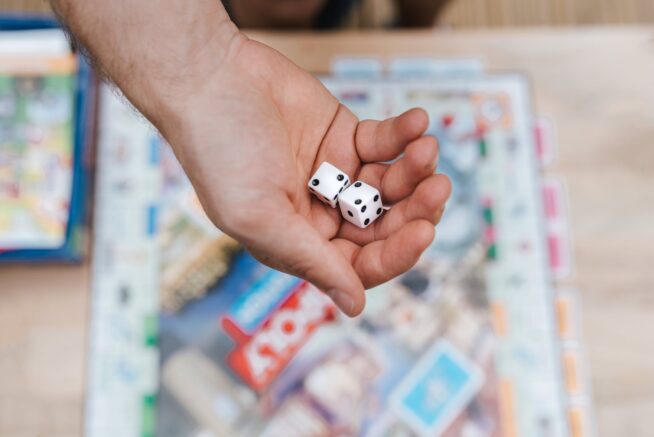 Someone who plays Monopoly every week, and always uses the little silver hat as their playing piece and always buys Boardwalk if he can–he may think that this is his game.

Someone who trades pork bellies on the floor of the commodities exchange might believe that she has a particular affinity to pork bellies, and that the specific is the game.

In the first case, the ‘game’ isn’t the silver hat, the properties or even the Monopoly set. The game is the way it feels to engage with the regular group and the thrill of trading and perhaps winning. It would be possible to replicate or even surpass this game by playing Othello instead, or scouring garage sales to sell hidden treasures on eBay…

We invent all sorts of trappings and decide that the trappings are our work. They’re not.

There are only a handful of games that most people decide to play… games that have boundaries, other players, connections and outcomes. You can switch from one set of trappings to another much more easily than you imagine, particularly if you focus on the basic building blocks of your game instead of the outward appearance.

If someone takes away your playing piece, don’t fall into the trap of deciding you can’t play a game any longer.

If someone tries to persuade you that the game is to make as much money as possible, realize that they need more insight and imagination.

Whenever you can, it might pay to seek to create a game that works for you and for those you seek to serve. Because those games are the sustainable ones and the ones that you can play for a long time to come.