Reclaim Your Sense of Wonder by Thinking beyond the Labels 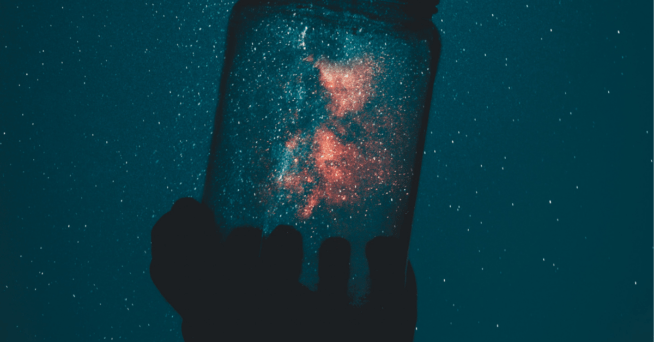 “The world is full of magical things, patiently waiting for our senses to grow sharper.” ― W.B. Yeats

In the early days of human evolution, when language was non existent, people could not label things. For example, you didn’t have a name for the sun or the trees or the atmosphere. Things just were – without the labels and definitions. It wouldn’t be far off to assume that a lot of these people spent their days and nights in wonder and awe of everything around them. The sun, the stars, the streams, nature, air, soil, life and what not.

But things started to change as language began to evolve and even more after the advancement of science. The more we advanced as a civilization, the less and less curious we became. We lost our sense of wonder. How did this happen?

I remember sitting in a classroom as a young child and the science teacher explaining what the Sun and the planets were. He had the most lifeless way of explaining things. There was no sense of awe when he talked about the Sun, planets and this infinite universe. He spoke as if we as humans had figured everything out. We knew about the Sun and the stars, we knew what made them glow, we knew what planets were and why some revolved around the Sun, we knew about the milky way, the space, supernova explosions, black holes, magnetic forces, atoms, electrons, energy,  so on and so forth.

So all he gave us were dry facts and statistics that we could memorize and later regurgitate on a piece of paper so we all got good grades and he got recognized as a good teacher.

The fact of the matter is that even though we know so much, everything we know is on a basic surface level. In other words, we actually don’t know much, we just think we do.

The universe and life as such is so massive and profound that it is unfathomable to the human mind. Imagine a giant ball of fire glowing non-stop since eternity. Imagine all the millions of stars some of which are a million times bigger than the Sun floating around in an infinite space. Imagine the infinite nature of the universe. Imagine the secret contained within an atom and how deep it goes. Imagine life. It’s all so enigmatic, so baffling, so mind boggling!

And yet, we have reduced all of this to a bunch of boring facts that we need to memorize so we sound intelligent.

When you label things, the thing that gets labeled, loses its value. It no longer evokes curiosity and wonder.

Define the Sun and it no longer appears mysterious and enigmatic, instead it gets reduced to, well, the Sun – a giant ball of gas that glows because of nuclear fusion – that’s about it. And now that you know everything about the Sun, you can stop thinking about it. It’s not such a big deal after all!

There is no debating the fact that language is important and so is labeling and defining things. It helps us function in this world. But what’s also important is to teach children to unlabel things and look at them with sheer wonder and amazement. To keep their sense of curiosity alive. Something that our current education system fails to do.

It’s no wonder that we are creating a society that is losing its sense of wonder.

Reclaim your sense of wonder by learning to unlabel things

Reclaiming your sense of wonder is all about thinking beyond the labels. Remove the label and things start to look different.

And as you wonder, don’t try to jump to conclusions and arrive at definitive answers. Live in not knowing. Realize that it’s okay to not know. Because the moment you think that you know the answers, you stop to wonder.

Reclaiming your sense of wonder is the gateway to consciousness. It helps open your mind to keep learning and growing. Unless you start to wonder, you will remain stuck in your mind and in all the facts, labels and beliefs that you subscribe to or have been conditioned to subscribe to by your parents, teachers, society and media. The more you wonder, the more aware you become.

As mentioned earlier, yes these labels and beliefs are important, but what’s also important is the ability to think beyond them every once in a while by reigniting your sense of curiosity and wonder.

Start to wonder about everything – the universe, life, your body, your mind, your thoughts/beliefs, so on and so forth. The more you wonder, the more you will get in touch with a side of life that was previously unknown to you. You start to gain freedom from your conditioned mind. You start to see that there are so many different sides and possibilities to things that you were previously unaware of.

As we grow up, our mind becomes conditioned and most of us live unconsciously within that conditioning. But when you are living within the conditioned mind, your mind controls you. But once you begin to wonder, once you see beyond the labels, you start to break free from this conditioning.

Yes we need labels, facts, beliefs and information to function in this world, but this world has another aspect to it. The aspect that is so magical and unfathomable and you can only start to see this side of reality once you begin to wonder.

Don’t look for the answers and don’t try to reach conclusions. Realize that it’s okay to not know and live in wonderment. To live in your curiosity. To keep an open mind, to keep learning and growing and to live in wonder. 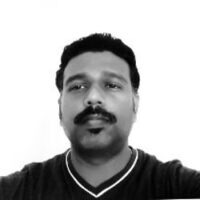