How to Practice Persistence and Achieve More Success 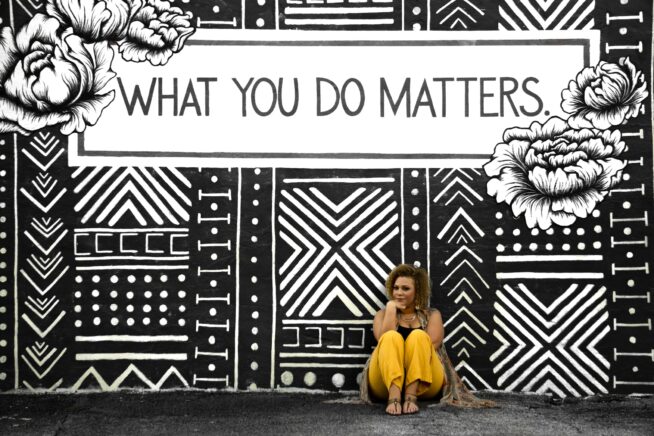 Over the years, I’ve spent some time learning how to practice persistence. Some of this has come with hard life lessons, and other valuable insights I’ve learned by watching the inspirational journeys of others.

The power of persistence is so important for achieving success in all aspects of our lives, so I want to make sure I share it with you.

One of my favorite quotes comes from Calvin Coolidge, who once said:

“Nothing in this world can take the place of persistence. Talent will not; nothing is more common than unsuccessful men with talent. Genius will not; unrewarded genius is almost a proverb. Education will not; the world is full of educated derelicts. Persistence and determination alone are omnipotent.”

This quote is so powerful because it’s true. It doesn’t matter how much money you were born into, or how smart or talented you are. It doesn’t even matter how ambitious you are.

If you don’t have the necessary willpower and drive to keep moving forward to your goals no matter what roadblocks appear on your path, you will never unlock your true capacity for success.

So today I’d like to talk to you about the importance of persistence, and how your ability to persevere in the face of any obstacle is the key to your success in life.

Persistence: The Secret Sauce to Success

I have known plenty of ambitious, wealthy, intelligent and talented people who have never fulfilled their goals or manifested their true potential.

And I’ve known plenty of kids who were born to poor families and never got good marks in school — some of whom never even graduated high school — who have gone on to create incredibly successful lives for themselves, full of wealth, joy, purpose and abundance.

What did they have that other people didn’t? The ability to never give up — to persist and persevere in the face of challenges.

4 Real-Life Examples of How to Practice Persistence

Here are some of my favorite examples of people practicing persistence.

Walt Disney was once considered a failure, and was fired from his job at the Kansas City Star newspaper because he “lacked imagination and had no good ideas.” Can you imagine?

And the first animation studio he owned went bankrupt! But he refused to let those setbacks stop him — and he went on to found the most powerful entertainment company in history.

When Stephen King was in school, one of his professors told him he wasn’t a very good writer. Then his first book, Carrie, was rejected by 30 publishers, which disheartened him so much he threw it in the trash!

Thankfully, his wife fished the manuscript out of the garbage and convinced him to keep sending it out. Eventually, Carrie was printed by another publisher, sold more than 4 million copies, and was made into a blockbuster film, launching his career as one of the most successful writers of all time.

JK Rowling is the author of the beloved Harry Potter books. She was a single mother on welfare when she wrote the first book in the series. When she tried to find a publisher, it was rejected by all 12 major publishing houses in the UK.

But even though she was reduced to living on food stamps, she refused to give up — and finally found a small company that was willing to publish it.

But a couple of years later, that book of hers started winning major book awards, and more people found out about it.

Today, her Harry Potter books have sold more than 500 million copies around the world, and Rowling is a billionaire and one of the most successful authors in the world.

Then there’s the story of Mark Victor Hansen and me — and a little book called Chicken Soup for the Soul. When we tried to find a publisher for that first book of ours, we were rejected 144 times. Publishers said, “No one is going to publish that book. No one is interested in short stories.”

But we kept at it. We got the book back from our agent and took it to a book show, where we went from booth to booth saying, “Will you publish our book?”

And finally, the one hundred and forty-fifth publisher said, “Okay, we’ll read it.” They loved it so much they published it!

The book went on to become a book series that has sold more than 110 million copies in 43 languages around the world.

That is the power of persistence. And I want you to unlock it in your life.

You Can Master the Art of Persistence

I challenge you to set a goal for yourself. It doesn’t have to be big. But it does have to move you closer to a goal you have for yourself. Then, once you have set your goal, make the commitment to achieve it no matter what.

Because the more you practice the art of persistence, the more capable you will become of achieving any goal you set for yourself.

To help you unleash the importance of persistence, download my free guide on affirmations for success today. This step-by-step guide will help you discover how to practice persistence through daily affirmations to re-create your self-image, replace limiting beliefs and achieve success.

Remember, everything in your life will only change for the better when you change.