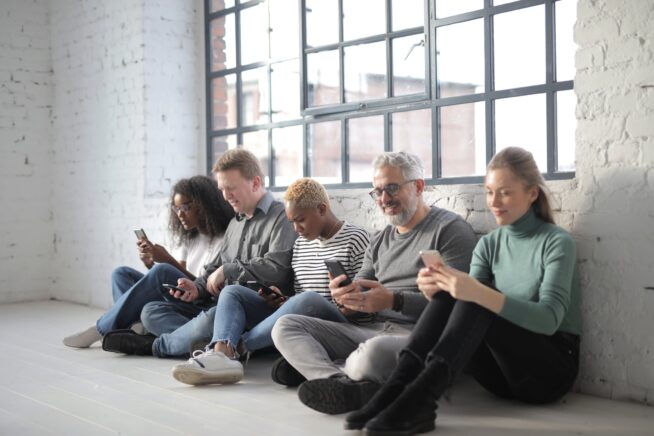 I sometimes think Facebook and Twitter should have my fourth-grade teacher Mr. Barns moderating their boards. Mr. Barns was tough. There was no getting out of line with him. He worked us hard during the week, but he was also the only teacher that didn’t give homework on the weekends. Even at this early age I knew the guy was brilliant. I aced the fourth grade, and I was dyslexic. Thank you, Mr. Barns. I often wonder what he would think seeing the state of social media today. People fighting, he’d have them taking a five-minute break and walking around the building, or banging erasers, or some such manual labor as punishment. You think you’re tough, he’s tougher. We didn’t, you know the word, with him. He held an iron fist with a loving heart. I think Facebook and Twitter need him.

This past year I’ve observed what, at first glance, might seem completely innocuous, but up close it began to reveal a very clear edge of malice. Putting this all into perspective, how we’re interacting with social media is new. Not unlike the introduction of cell phones where people, over time, began to understand there were best practices that people, in general, began to follow. Talking out loud in public like no one’s watching was frowned upon, so, much of it was curbed. People talking in public on their cell phones caused annoyance, and at times, actual disruption. Over time an unofficial etiquette developed. Then laws were passed for not using a cell phone while driving because people lost their lives. Later texting was added to the law books, and eventually car and cell phone manufacturers developed blue tooth and voice command technology to support people in driving safely while still using their favorite communication device. In a general sense, we – collectively – saw what wasn’t working and made advances to support the well-being of our fellow humans.

Now back to social media. Deep breath. Initially, we were posting pictures of our family, puppies, kittens, and the occasional turtle. Okay, beaches and mountains too. But slowly, like a growing mold in the Tupperware on the bottom shelf of your refrigerator, something else began to creep in, especially on Facebook. Eventually it grew to become the shadow side of opinions. Seems innocuous enough at first glance, and it was in the beginning. Some thoughts were of a personal experience being expressed, like thanking friends for all those amazing birthday wishes, and comments on beautiful photographs taken in far off places like our spectacular national parks here in the U.S., or of a sweet seaside village in the Mediterranean, both personal favorites of mine. But then, when we weren’t looking, ads for goods and politics began to appear as our social media outlets learned to monetize their offerings, and both took off.

Facebook, like Twitter, became a place where we began to wage war against our perceived enemies, but who were they, and where were they from? Most of us, I don’t think, even have a clue.

In the process of going political, an undercurrent of ideas started to creep in, ideas, and very often opinions, that more and more Facebook and other social media outlet users started passing around. There has always been your standard issue liberal or conservative views in American politics, at least during my lifetime. I actually long for those simple conversations when folks on different sides of the political aisle would argue about spending on social programs versus arms, or more money for public education versus less. LGBTQ+ rights or climate change. Such simple times. We could just agree to disagree because we believed in something different. Now, politics are mortal combat, and you better make sure you come fully armed or you will be shot, even if you’re innocent. Of what I don’t know, but surely in this current game the other side is guilty. Period.  Whoever’s on that particular side.

Today, there are what I would call these insidious posts that get re-posted, pitting one American, and since I’m an American I’m referring to American Facebook, against another. Having noticed these re-posts a couple of years ago I started seeing a cadence to the writing, a structure, and a strategy laid into the writing that sowed doubt, fear, and divisiveness. I’m a writer, I can’t help but see this type of detail.  And slowly but surely, many Americans fell hook, line, and sinker for these generated pieces of garbage. Sorry, can’t mince my words here.

I truly believe we have a choice to uplift or bring down with our words. If you’re purposely and with intent bringing others down, you’re putting out rubbish.

Today on Facebook, people will post meme’s and repeat quotes and phrases that castigate entire groups of people or judge entire groups of people as monsters. In my own family, where we have very conservative and liberal members, I see these types of posts happen without an awareness as to how they might affect another family member. A family member they love. So, imagine how this type of posting can work with regards to people we don’t even know or care about. Disaster.

People attack one another on Facebook, and politically it comes from both sides of the aisles. It’s like Facebook or Twitter gives people a sense of connectivity as well as a protective separateness to say whatever the, pardon my profanity, they want regardless of its potential damage.

I think it is most definitely time to lessen the damage, and there is a lot of it happening daily. It’s time for me to find Mr. Barns and see if he’s still up for some old fashion disciplining. I also believe that there are people, maybe some American and others not, who are working very hard at spreading these messages of divisiveness and hatred, and conspiracy theory. This piece is rampant on Facebook. I can smell it the minute I read the opening line. “Food for thought,” “from a friends wall,” “something to think about,” “I’ve been feeling this way for a long time but could never put it in writing as well as the person I’m borrowing this from.” Oh, and “Amen.” Please. These are just a few of the opening catch phrases I see over and over again. Super original. I’d been smelling a rat for some time.

That’s the insidious part of these posts – we don’t actually know who this person or people is/are who wrote them originally. But they are incredibly manipulative in my opinion. And folks, I’m sharing my opinion here, which you are more than welcome to agree or disagree with but do so respectfully. Remember those time when people respected one another? Good times.

So what can we do? As we mind our social media and evolve the ways in which we interact with it, here are three key questions I ask myself before posting or commenting in any of the outlets I take part in:

And in case any of us forgot, words have tremendous power. They can do great harm, as well as heal. You can uplift another person or tear them down. Which are you choosing?

Again, ask yourself what is my intention with my post? And watch closely and carefully what posts you’re ingesting. Bottom line, think before you post, send, or share. Know your source. And be as loving to one another as possible. We’re in this together – remember?!

Our social media interactions may seem impersonal, but they can very quickly become personal. A Facebook wall does not give us permission to hate or judge one another. We’re brothers and sisters, all human beings with feelings. At times these days this awareness seems lost on many.

Let’s call forward our inner Mr. Barns. Let’s begin to love up our Facebook and Twitter etiquette. Let’s start treating each other and the words we post with care and respect. We deserve it. You deserve it. And eventually, we’ll tame this wild horse, and post a return to civility, kindness, and mutual respect. Now I’m going to go post a picture of three little puppies I know. They’re super cute, and I suspect they’re going to make a lot of people happy, at least for a moment. And one positive moment added to another positive moment can make a movement. So what will you choose to create with your post or comment? Gandhi said, “Be the change you wish to see in the world.” You can point the finger at the world outside your bedroom window, but at the end of the day, it’s on us. We the people.

Barry Alden Clark is a writer and professional life coach. His work is focused on helping people live their best lives by acting as a guide for them to connect more deeply with their internal life force where creativity, purpose, and true freedom reside, while using humor, compassion, and kindness as hallmarks for the process of personal evolution. Recently Barry published his first book, “Living Life Now: Ingredients for Thriving In The Modern World,” now available on Amazon, and launched his new podcast “Living Life Now,” available on iTunes, Spotify and Google Music. You can reach Barry at www.barryaldenclark.com.