Why Every Missed Opportunity Is a Schrodinger’s Cat 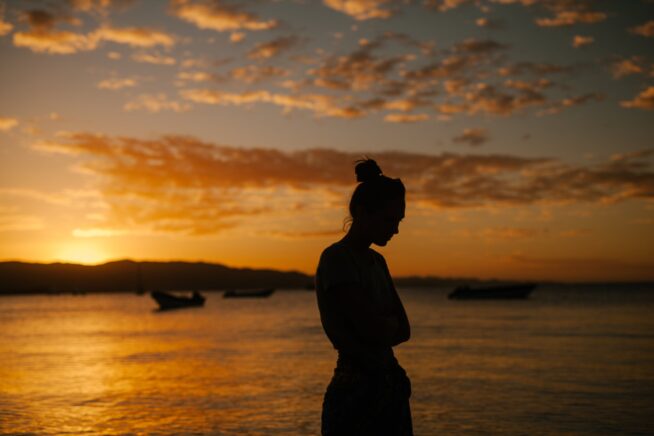 Success doesn’t come measured in baby steps. It always comes in leaps of faith. Unexpected, unpremeditated, even a bit awkward.

Success is always an opportunity that comes softly knocking and asking: will you open up the box? Will you see what’s inside?

Two years ago, it again came softly knocking at my door. As usual, with a poker face.

In the midst of a busy summer juggling two jobs, I received a freelance gig for writing an article. Would I collaborate with the company on a freelance basis? — What? Now? I was flabbergasted but promised to try.

In the coming weeks, my workload got the better of me but one morning after two weeks, it felt screechingly impolite and even embarrassing (“what if they think I can’t do it?”) to hold off longer. I opened up my laptop and wrote a meticulous text. They loved it, thanked me, paid me. Right after, our paths diverged — I told the company I was just too busy at the moment.

Only a few months later, things drastically changed: I was back in the job market, actively seeking employment and voila! got a surprise email from that same company. Talk about right timing! Apparently, they enjoyed that single article enough to want me managing their content fulltime if something in my schedule changed. It had. And as I later learned, it was a great opportunity and a team I am with to this day.

It was an opportunity I could’ve easily missed — that I had indeed almost missed, if not for a stubborn ego. As it turns out, even ego is good enough reason to never miss a “casual” opportunity.

Back when I had taken this opportunity out of politeness, I had no idea of its importance in my future. But the key is, I would’ve never regretted missing it or even learned from it, had I not simply acted.

I would’ve never known. It would’ve remained what I call a “Schrodinger’s cat” experience.

If you’ve heard of the famous Schrodinger’s cat experiment, you’ll have a pretty good idea of what it’s like to ‘regret’ an opportunity not taken. Briefly, this is a thought experiment in quantum physics where a cat is hypothetically placed in a box with some harmful substance (like poison) that can “go off” inside the box at any moment. But since the box is forever closed (say the key is lost), there is no way to know the cat’s fate at any given moment. The catch is that against all common sense, to the quantum physicist the cat isn’t either alive or dead. It’s both alive and dead at any point in time.

I like to call missed opportunities the “Schrodinger’s cat of life”. The destiny of any opportunity is forever concealed from us for the simple reason that the key to the box is forever lost.

However much we may retrace the cat’s steps analytically, consciously, emotionally, we’ll never get the box to open. For all we know, the outcome could be either good or bad. Or if you want to go into philosophy, it may involve some of both (because that’s life for you).

Have you ever tried to retrace your steps and imagine what it would’ve been like to take some action? Or perhaps, like me sometimes, you’ve been thinking and getting ready to do it so long, the time slipped through your hands and ran out? Have you ever experienced a crazy moment when the outside world pauses, your gaze freezes, and the nostalgic creeps wash over? Enters the memory of a time when you could’ve done something that may have changed the course of the present life and led to a different today — if only… blast! “Why didn’t I do it?!”

A slight frown forms on your forehead — then suddenly you brush it off. No, something would’ve definitely gone wrong there. Everything’s fine as it is. You were right. You are right.

To imagine missed success or happiness is a task much bolder and more excruciating than to imagine failure.

We are viscerally protected from regretting missed happiness. For this reason, we rush to rejuvenate the sudden void with those cheerful “yes…but what-if it all went wrong” — medicine hastily supplemented by our well-wishing subconscious. So once the present moment passes, you’ll never really know — or learn from — its capacity to change your life. Moreover, so many terrific opportunities mask under casual events that for all it’s worth, they do their best to forever remain silent lambs.

Missed successes are painful. Final. Excruciating if viscerally realized. Thus, we never really realize or mourn them. The only exception to this axiom is tragic: the final months/weeks/days of a dying person. This may be the only time when a human being deeply realizes and agonizes over missed opportunities — and precisely, missed happiness.

Australian nurse Bronnie Ware spent several years working in palliative care. It was then that she asked her patients about their greatest regrets. She put her findings on her blog and into the book, “The Top 5 Regrets of the Dying”.

To summarize briefly, what people regret in their final weeks/days/moment is precisely missed opportunities that give life meaning:

Perhaps whenever we feel that something is missing from life, some unhappiness or suffering that can’t be traced, it’s really an opportunity that we didn’t think of much at some point, that we’ve missed. An opportunity that could have filled us, but instead created a void.

How many of us live with such voids that we can’t trace back or pinpoint simply because we didn’t even notice how our actions betrayed ourselves, or a close person, or a friend?

Yet as long as we live, we can make the right conclusions and embrace more opportunities.

We can mend the void.

We can open the box and confront the Schrodinger’s cat, whatever stage of being it’s destined to be at.

We can take that leap of faith. Or in plain words, we can simply act.