If You’re Everything to Everyone, There’s Nothing Left for You 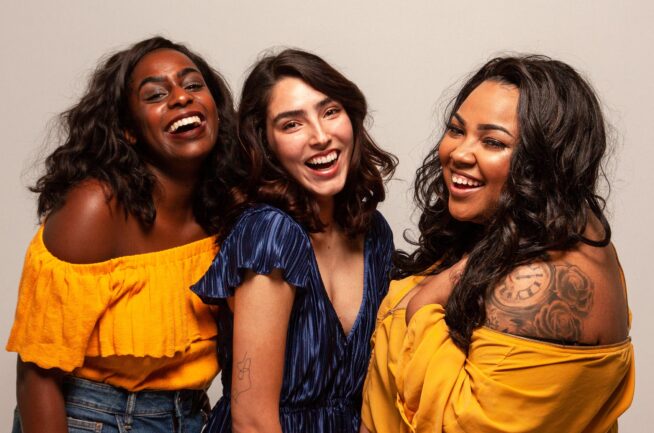 It’s an unspoken understanding that females are the more loving, giving, and domestic gender, so things automatically defer to us at home, don’t they? We are also Olympic multi-taskers at work, while remembering when our kids’ dentist appointments are and to buy a gift for their teachers…all while making a grocery list in the margins of our notepad when we’re in a meeting.

We’re sort of wired to juggle it all, so we tend to do just that, at the cost of our sanity.

When men help around the house, I’ve heard women say, “Oh, I’m lucky because my husband helps around the house.” Is that lucky or exactly what marriage should look like? I have literally never heard a man say, “Oh, I’m lucky because my wife cooks and cares for our kids.” It’s just understood that, yes, duh, of course she does that. No extra credit or praise is dished out to us for things that seem to come “naturally” to our gender.

I’m one of the “lucky” ones who has a husband who divides household labor equally with me. I wouldn’t be married to someone who thinks it should all fall on me. The struggle comes when it just comes easily to me, so I take the ball and I run with it. And run. And run. And run, when I don’t really have to.

Yes, we’re rock stars who hold it all together, but what’s more impressive is when we can take a step back and breathe life into ourselves, so holding it all together isn’t so draining.

We need time away from the juggling, but women generally struggle at having fun and letting loose like men seem to do so easily.

When I’m in constant giving mode, I get grumpy and resentful. No matter what social media might fool you into thinking, that’s pretty normal. Being a wife and mother does not fill me up so much that I can leave myself behind, the same way no man I know is entirely fulfilled by being a dad or husband. They need more, and women, we need more. Let’s start admitting it without feeling guilty about it.

Most men’s groups focus on outdoor adventure or reaching personal goals, but women’s groups almost always revolve around being a mother. There’s value in discussing motherhood with fellow moms to help encourage each other, but where’s the fun? Women create these groups, so we have no one to blame but ourselves. I’ve honestly never heard of a fathering group. Being a dad is not guys’ main topic of conversation when they hang out together, and I love that because we all deserve a break.

Men are generally better at allowing themselves to not feel guilty or worried when they step away.

They have “man caves” and “guy time” that typically includes playing games and just shooting the breeze and hanging out.

I crave those same things, and I suspect most women do. I need laughter, connection and stupid, dorky memories and inside jokes with my friends. If I don’t have that, my life starts to lose its edge.

Maybe most men have it easier because we’ve allowed it. We’ve given them the gift of living life in the more peaceful lane at home, while we white-knuckle it and have a thousand to-do lists scribbled everywhere. Maybe the reason for a sometimes unbalanced division of household management is because women tend to stress out more and feel the need to pay more attention to details. Whatever the reason, I want some dude energy in my blood.

I want to carve out time to hang out with my friends to just let loose and be ourselves like men do. I don’t want to sit around a campfire chatting about our kids and online learning. Poo to all that. Crank up the music, pull out the corn hole, and crack me open a dark beer, and make me laugh so hard it comes out my nose, would ya?!

Why can’t we women do more of this?

We need it. We’re tired. We’re grumpy. And we’re done trying to be everything to everyone. Most times we only assume we have to set the bar high because we suck at asking for help. Other times, we are control freaks who believe only we know the right way to do things. Am I right?

Admit it. Own it. Now let’s have more fun.

My grandma lived to be in her 90s, and she played cards nearly every week with her girlfriends from grade school. Those connections were important to her, and I have no doubt they helped her be so cool and laid back in her own life.

They weren’t sitting in a circle discussing parenting techniques; they were sipping wine from a box, cussing up a storm and laughing about things they had laughed about countless times but never seemed to stop being funny.

Before the pandemic started, I created a women’s group. I told them I wanted it to be a group of women talking about life and encouraging each other all while doing things in nature. They came over to my house where we hung out by a campfire. Some of them got on my stepson’s dirt bike and rode around in happy circles in the yard, shouting. As I watched them, I thought, “THIS. THIS is what I need more of in my life.”

Watching middle-aged women be unleashed from what they think they have to be is a pretty powerful moment, and I truly believe that’s where the best version of ourselves lives. As the moms rode around on the dirt bike, it’s like something inside of them was released as they were shouting out and laughing. They weren’t moms, wives or employees in that moment. They were just themselves, decompressing from all the winding.

None of us worried if we were cute or skinny enough. I hugged one of my friends and told her she smelled good, and she answered, “Oh, it’s the baby powder between my boobs. I’m sweating like a hog.”

I don’t know about you, but I need more of these hilarious moments that make me laugh so hard I nearly pee. No kids. No husband. Just being me and feeling like my worth doesn’t hinge on what I make for dinner that night.

I think men want us to have more times like this. They want to see us cut up and have fun and cool it with the fussing. Men, am I right? Maybe some men truly think it’s our job to hold it all together, but I have a hunch if you ask most of them, they’d encourage us to chill out, and be adventurous without them in our own circles like they do.

Women, we have a lot we need to get out. We’re hardwired to carry emotions and feel it all, which is our superpower, but it can also be our poison if we don’t look to each other for help in carrying the burden and releasing the pressure valve.

We’re notorious for playing the martyr card, believing if we don’t do it, it won’t get done. Maybe that’s right sometimes, but start speaking up if that’s the case for you. We love to brag about how much work we’re doing because we’ve set it up to feel like we’re winning only when we’re exhausted and disappearing. Count me out of that self-destructing game, please.

I’m going to take a lesson from men this year and remember the importance of having fun with no agenda. Let’s think about what makes the fire in our bellies burn brighter, and focus on that sometimes instead of running ourselves into the ground, searching for our gold medal.

Instead of being in competition with each other, let’s support each other. Let’s sit around a campfire with no makeup on and laugh about how we have baby powder between our boobs because we’re sweating like a hog. Let’s celebrate the fact that we do have the power to feel it all and do it all, but sometimes the most powerful thing to do is let go and laugh.