You Can’t Use the 21-Day Habit Rule to Build New Habits. Here’s the Scientific Strategy I Used Instead. 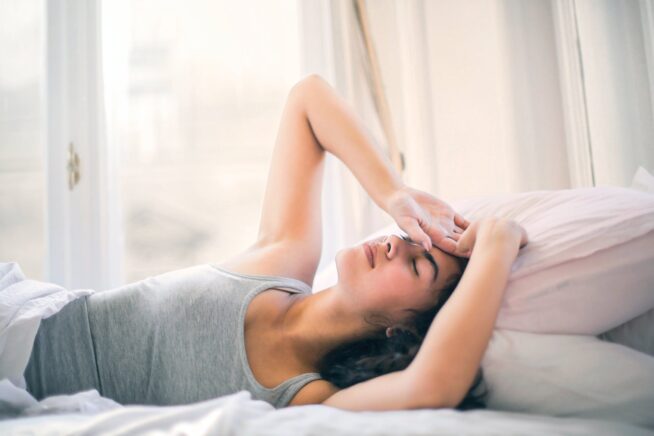 Everyone’s heard of the golden habit-forming rule: it takes just twenty-one days to force yourself to build a good habit, drop a bad one, or accidentally pick one up.

It’s easy to understand why this magical rule sticks in people’s heads: we can easily believe three weeks is long enough to make the “sacrifice” for a good habit, but short enough for people to see it as doable. Achievable. But for a person who’s interested in improving themselves, believing this rule will only lead you down a path of disappointment.

If you start to think of concrete examples, this immediately falls apart. For instance, I’ve been waking up around 7 am for the majority of my adult life. For longer stretches than 21 days, too. Nevertheless, I’ve always struggled to do it, and until recently, given any day where I don’t have to get up early, I’ll sleep in later.

So what’s the truth, and what does it actually take to build a good habit?

Where did the 21-day myth originate?

Back in the 50s, one plastic surgeon noticed that it took people around 21 days to get used to their “new face.” Long story short, he published a highly successful pop culture book on it, which sold over 30 million copies. “It requires a minimum of about 21 days for an old mental image to dissolve and a new one to jell,” wrote Maltz, plastic surgeon and author of Psycho-Cybernetics, in his book.

As self-help authors started to pick up his research, their readers started to believe that 21 was the magic number when it came to habit building, and they started telling everyone they knew. And suddenly it was everywhere.

People believed that if they could just struggle through something for 21 days, their brains would simply switch that flick on, or off, and it’d be easy to get the great habits they wanted.

Here’s the truth: if you want to build a habit, all you have to do is get rid of the obstacles stopping you. Instead of thinking of it as something you should do, or need to do, you should frame it in a way that makes you want to do it.

Humans are lazy. I don’t mean that in a bad way, or as an indictment of our character. I just mean that we conserve energy where possible, and a lot of that means we take the path of least resistance.

This can be a bad thing — eating fast food, not doing exercise, or not working on our novels are all typically easier to do than their alternatives.

It’s true that if you do something enough times, it becomes the path of least resistance naturally, and that’s certainly one way to form a lasting habit. But in reality, there’s a foolproof and simple way you can start building a habit today that will last the rest of your life.

Make resistance work for you.

One of my favorite authors once wrote that you’re not lazy, bored, or unmotivated. I believe he’s right. If you want to change something about yourself, when you fail, it’s not because you’re a sucky person. Either the circumstances are beyond your control, or you’re trying to accomplish it the wrong way.

Instead of forcing yourself up a steep incline hill, it’s easier (and will help you stick to your habits in the long-term) if you slide yourself down a gentle slope.

Do you know what made me finally start waking up earlier and going to sleep earlier? It was when I developed a good morning routine. I made it easy and enjoyable for myself to have a good morning.

By working with resistance — by smoothing out the path to wake up earlier, by making it harder to stay up later — I ended up easily acquiring the habits I wanted. As long as you make the habit you want to build the easiest to default to, you’ll be able to build any habit you want.

Think of failure as a data point.

You might think that not building a habit on the first go is a failure.

But not managing to get it right on the first try doesn’t mean you haven’t achieved it — it just means you have another piece of information to help. Lally et al write in their 2009 paper that, “[m]issing one opportunity to perform the behavior did not materially affect the habit formation process.” In other words, if you fail once, it doesn’t impact your ability to succeed on the same thing in the future.

For example, I’ve always wanted to eat healthier dinners instead of the pizzas or microwaveable meals I’m prone to buying when I’m short on time or energy.

After optimistically spending time and energy making a meal plan and ingredient list for the week ahead, I got home after work one day, looked at my list and my ingredients, and went back out again to buy a pizza. The strategy didn’t work.

I could have given up and decided to give in. But instead, I interpreted my “failure” as another data point and tried something else — getting groceries delivered. I had the same core set of ingredients delivered every weekend and repeated meals. In this way, I made the path of least resistance to eating healthy meals for dinner. It wasn’t any big, sweeping decision — it was simply the easiest thing for me to do.

As long as you remember to consider failure as just another step forward, not backward, you can keep trying.

Habit-forming isn’t some mystical activity, with magic numbers. It’s just about knowing yourself and your own mind. If a habit is worth it to you, if it’s the one thing you desperately want to start doing, all you have to do is make it easier to do it than to not do it. This can take some trial and error, but it’s the only sustainable way to continue.

Only you can know what might work, and even then you might be wrong. When you do fail, it’s important to interpret that as it is — your brain simply pointing you in the right direction — rather than self-criticism.

It doesn’t take 21 days, an act of God, and the blessing of your favorite productivity guru to get great habits. Ultimately, all it takes is to make it the easiest and eventually the only way to do things, to start building your life the way you want.