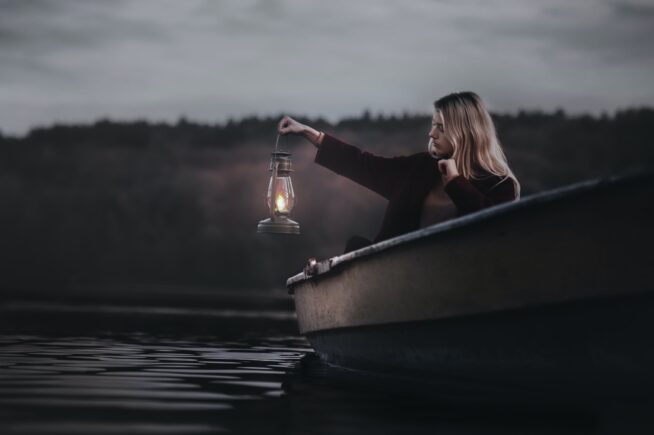 As a little girl, I was pretty sure of myself. I had to be. My mother left my father and I when I was three. So I was off to kindy everyday, while dad worked. Dad moved his electrical contracting business to our garage at home so he could keep an eye on me.

After school, I used walk to little grocery shop on the corner of our street – and buy some sweets for afternoon tea.

But one day, a man asked me to come home with him, if he bought the sweets for me. I happily agreed.

My father was very upset. So he got a woman to look after me after school. But my mother heard about this incident – and decided it would be much safer for me in a boarding school. She was right – it certainly was safer physically. No risk of getting kidnapped there. Plus she had a dose of boarding school as did her older sister. Her mother – my granny – was English. The English have a reputation for sending the kids off to school and keeping the dogs at home.

You would have thought that it would be plain sailing from there. But it was not.

I could not even tie my shoe laces. And I did not know how to make my bed. But the real problem was that I had been a law unto myself for so long. I just could not understand why there were so many rules. There were rules about when we ate, when we slept – even what undies we wore. We had bloomer inspection every morning. Our bloomers were fleecy lined and we had to wear them all year round. Summer was awful.

Naturally, I questioned what and why and why not.

That curiosity got me into trouble – lots of it. The house mistresses saw me as a rebel child, and made it their mission to ‘break my spirit’. I had detentions for everything. In fact, I had a detention the first week of term. They told me I was a ‘’bad egg’’ at the age of five. I believed them. I constantly felt dirty, unworthy, and just awful. My self-esteem started to nose dive pretty quickly. The mistresses were good at their job. They took away my Saturdays and the odd weekends that we were meant to have out of the place. They could continue to ‘work on me’- apparently ‘for my own good’.

THE HOUSE MISTRESSES WON. I LOST.

I admit it. It wasn’t long before I was tamed into submission. I had absolutely no confidence left. My self-esteem was non-existent. I was a husk –just this empty, afraid shell of a person. The more I sank, the more I stuck to myself. The other kids would not want to play with me anyway. I was always tainted as the ‘bad egg’.

This went on for four years. Then out of the blue, dad announced he was getting married again. Suddenly, I saw my exit card. I was thrilled at the idea of leaving the school.  I so wanted to go home again. However, my custody was undecided. (Divorced parents and an only child). So I was put back into the ‘too hard basket’. I had to endure more torture, more boarding school.

That’s when I packed my bags and ran away. I did not get far. But long story short, I was allowed to stay till the end of term, while my custody was being decided. By the end of that year, I was officially expelled.

This story is not told to get your sympathy. It is there so you can understand just how hammered my self-confidence was by the time I finally escaped. My confidence, my self-worth, and very being had been severely traumatised by this experience.

Once I was home, my first mission was to build myself back up, especially my confidence. That took decades.

I went to University and studied Economics. As part of my degree, I found Psychology far more interesting than facts and figures and theorems about money. Later, as a mature aged student, I went back to uni, and discovered a way to boost my confidence. I found masses of research on the benefits of journal writing. And how I can use it to tap into my inner wisdom. I discovered I was getting answers to my questions. The more I wrote, the more insights I got,

THE BETTER I FELT IN MY OWN SKIN

Those insights were solutions to my questions and problems. Finally I was starting to get things right. That felt good. Little by little, I started to trust myself. Each insight made me realise just how capable I was becoming. And with that feeling that self-trust, came my confidence.

Then I came across all the literature on how corporations solve their problems. They don’t rely on just one person to make decisions. They use a team of people. So I started journaling about my problems but from different perspectives.

THEN I WAS FLOODED WITH INSIGHTS

This was so exciting. I wanted to experiment. So I asked many different people from all walks of life to try my new system. Every single one of them had success. Every one of them!!!

I interviewed people from all walks of life. I had abused housewives, CEOs of companies, even anorexic teenagers. They all got the insights they needed. So they were able to make wise decisions. They too started getting things right in their lives. And they all automatically started to gain more confidence. I played around with my discovery for 20 years – refining it. Now it is an app called #Confidence. Plus I videoed a series of short single Programs to help people overcome various roadblocks. I love the fact that I can help others who have felt like me. The testimonials, and feedback is such a joy. They are boosting their confidence, along with their happiness, and their success in all sorts of fields.

When you make awesome decisions, you automatically feel better about yourself. But you do have to know who you are first.

Only then can you figure out what is right for you in your love life, your career, everything.

Most people think they know themselves, but they often sabotage themselves. 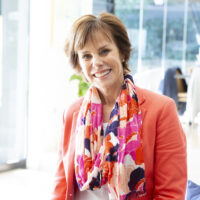 Fiona Wilson‘s first degree was in Economics at the University of Sydney. She did Psychology as a major part of her degree. Her research focused on the effect that success had on one’s confidence and self-esteem. Why were some folk successful and others not so? The answer seemed to be connected to people’s thought processes, particularly whether they could think laterally or not. During her studies, she also discovered the power of journal writing. Plus she came across much research on the power of looking at problems from different perspectives. Add these two modalities together – and she discovered a way for everyone to think laterally – and get insights. Excited by her discovery, she spent the next 20 years interviewing and teaching people, from all walks of life with all kinds of problems, how to get insights – and thus how to be successful. Fiona refined the technique into a user-friendly app and short eBooks. Plus she developed a series podcasts called Fiona’s Confidence Programs. These tools are available to those who want to overcome their roadblocks so they can be empowered to transform their lives into the success. Click here for Fiona’s FREE program,‘’Who Am I?” as a community service.  In this program, you will get the opportunity to examine your beliefs, find out who you are, so you can get the life that you want and boost your confidence.