What to Do When There Isn’t Enough Money for You 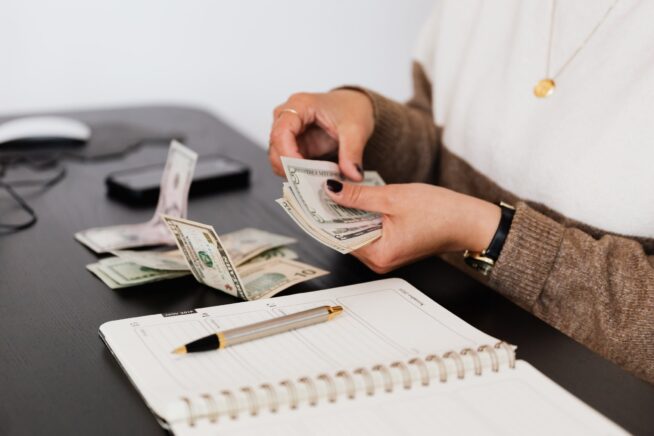 “There is always more money available to you. Always. All you have to do is be willing to receive it.”  This is something I share with friends and family often. And honestly, I get lots of skepticism. But it is something I truly believe.

Sometimes I forget what it’s like to be in the throes of need or want and to feel that there isn’t enough money. You see, I made a decision when I was 15 that I wasn’t going to live that struggle with money. That I was going to have all the money I needed to live my life the way I want (you can read more about that here). And I’ve lived that way for decades.

If there is something I truly want to happen, I have enough money for it. Or more aptly put, the money shows up for it. There are things I’ve said I wanted and haven’t gotten them. But the thing is when I do my soul searching, I have to honestly admit that I didn’t really want them. And that is a big distinction.

There are a few things that I’ve said I wanted, but I haven’t received yet. Does that make me think that maybe I’m wrong? That possibly there isn’t enough money for me? No, I don’t doubt for one second that there is enough money for me to have and do what I want to do.

I’ve said since I was a teenager that I wanted to visit Australia. But I’ve never gone. I will admit that I’ve used the excuse that it is too expensive. But honestly, I don’t think that is true. I mean we are talking about the trip of a lifetime! A dream coming true!  How can any price be too expensive?

As I think about this unfulfilled desire and why it hasn’t happened, I have to admit that just possibly I haven’t truly wanted it.

And I think that some dreams/wants require that perfect mix to fuel the desire for it to come to fruition. Just because one of my dreams is still a dream, doesn’t mean for a minute that there isn’t enough money for me to have it. It only means that the deep desire, the fuel, just isn’t there yet. It means that haven’t yet made the decision to go all in for the dream or want and that is because I’m 100% committed to being personally responsible for creating my reality with money. If you’d like to learn more about that, please check out this article.

Often, I see with my clients and women that I talk to that there is a bit of a dichotomy around this concept of enough. I think this stems from the negative connotations that scarcity or lack has for women.  We don’t want to believe that money is scarce. We don’t want to feel like there isn’t enough.

For example, I grew up in a religious household where we were taught that God would supply our needs. So, having enough money for us was tied directly to God’s provision. I’m not saying that isn’t true, but it creates a situation where we would feel like we are betraying our teachings if we say that there isn’t enough money.

After all, if God or a higher power is going to provide for me, then admitting out loud that I’m worried about money or I don’t think there is enough can feel like a betrayal of my upbringing.

These types of conflicts are one key area that keep women from addressing their true beliefs about money. They don’t want to be “that woman” who questions a core belief or verbalize anxiety around it.

So, instead of addressing it and owning it, they say that they believe there is enough money. They deny that they truly believe that money is scarce. But when it comes down to it, their actions don’t align. I see things like:

All of these things can be indicators that you don’t TRULY believe that there is enough money for you. These are limiting thought patterns and they speak to a core belief that there isn’t enough. That you don’t have enough. Or that you will run out.

The good news is that there are some things that you can do right now to start shifting out of that belief that there isn’t enough and into the abundant life you are meant to live!

Yes.  You heard it here.  The very first thing you have to do is to decide that you are going to have enough money. Right now. In the future. Whenever you want it.

Make that decision and watch the magic happen.

You see, deciding is a powerful action that you can take. It is the difference between living in hesitation, delay and wavering and living your life with purpose, resolve and determination.

What can be more magical than that?

2. Notice the Abundance Around You

One of the easiest ways I’ve found to shift out of those feelings of lack and into more enoughness is this. Look around you. Notice how much there is. That could be like:

If you can start to notice the abundance around you, you may just find that you will start to feel gratitude. And if not, you can tap into that sometimes by just saying it aloud.

‘I’m grateful for every snowflake falling outside my window. There are so many!’

When we notice abundance of things around us and in nature, we can easily shift the emotion to gratitude. More importantly, we can also see that there is already enough.

One of the most powerful tools that I started when I was a kid, but that became the basis for my awesome relationship with money is having a savings practice.

This is something that has served me well for decades. If there is something I want and I don’t believe there is enough money for it, I start saving for it.

This action creates an energy of possibility and adds life to your decision. Or another way to look at it is that it puts legs on your goal. When you do this, it becomes MORE than just something you said you wanted. It is real. And you can see that it can happen. That it will happen. Here are some ways to get started.

There are any number of ways to get started. And I promise you, even the tiniest action will help you shift into enoughness.

Test out these three tips and before you know it, you will leave those feelings of lack and scarcity behind. You will step into living a beautiful life with enough.

Sherry Parks, CPA, is a Money Mindset Coach who helps women escape feeling trapped by their finances. She is passionate about helping women change mindset, emotions and actions regarding money, so that they learn to keep what they have and generate more. Check out her 5 Steps to a Better Money Story workbook or join her women-only Facebook group Lives in Balance.