I Drank Every Day When I Was Homeless 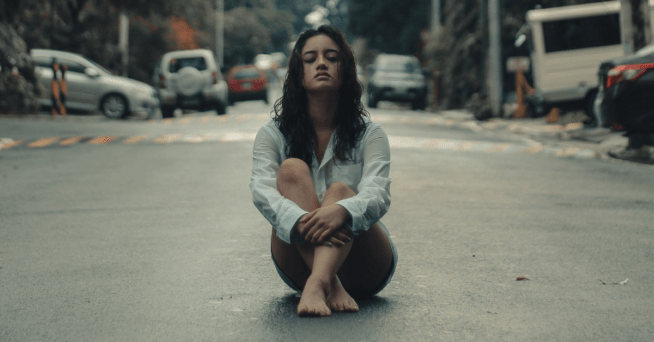 It was a chilly night, foretelling of the frigid Chicago winter to come. I was seventeen years old, huddled inside the top platform of the tornado slide, teeth chattering from cold and fear. I was terrified that someone would find me, and I would be raped or shot by the gangs in a drive-by shooting.

I opened a container that I had stashed in my bag. To the undiscerning eye it was a carton of orange juice, but earlier that night I had replaced a good portion of the orange juice with a half pint of vodka. I stole the vodka from the store where I worked because I wasn’t old enough to buy liquor yet, but I had paid for the orange juice.

I still feel guilty about the stealing.

I took a long fortifying sip, and then another. I felt the warmth flood my veins as the alcohol hit my system. I drank steadily until it was gone, until my anxiety had eased up enough to sleep.

I slept in the slide because I knew the metal would protect me from bullets and make me less likely to be seen. I slept fitfully, curled up in a little ball like a puppy, startling awake every time I heard the sound of a car or a voice. The neighborhood was never fully quiet.

I woke with the sun and trudged to the bus, arriving at school when the building opened. I knew the building opened early for various sports practices and I could slip in and shower in the locker room without drawing anyone’s attention.

Freshly showered I put on my school uniform and camped out in the hallway, finishing my homework.

“Good morning Sister,” I would call to the nuns passing by.

“Hitting the books early, huh? That’s why your grades are so good,” they would respond. They had no idea that I was doing my homework there because I was living in the park.

I was exhausted all the time. I smoked cigarettes to keep my energy up — and decrease my appetite since I had very little money for food. I stole the cigarettes too. You had to be eighteen to buy them.

I never imagined I would end up homeless. It was 1985 and the only homeless people I saw were the “bums” who asked me for a quarter when I walked to the train. Homelessness was not as visible as it was today, with people camping beneath the overpasses or in the parks.

There were very few shelters and to my knowledge, there were no shelters for a minor girl trying to hide her homeless status. I would not have known where to go for help even if I knew it was an option.

My homelessness was my secret shame. Only my best friend knew my real situation. Things were bad at home and I could not go back.

I was working part-time but I was too young to rent an apartment on my own. The best I could do was try to get through my senior year and find a college where I could live in the dorms. I didn’t know how I was going to get through the winter though.

One night after a couple of weeks living on the street I was settling into the slide for the night when I heard a deep male voice call my name. “Rose! Get down here!”

I looked over the slide and saw my best friend standing there with her father. I came down, feeling guilty as if I had done something wrong. I was angry that my friend had ratted me out, and relieved that I hadn’t started drinking yet.

“You living here in the park?” my friend’s dad asked gruffly as I came to stand in front of him, clutching my backpack to my chest.

“No,” I answered, my voice small. I could feel embarrassed heat rising on my cheeks.

“Are your parents looking for you?” he asked.

“OK then, get your stuff, you’ll come stay with us.”

I spent the rest of my senior year sleeping on the floor of my best friend’s bedroom. My friend’s father helped me with my college applications and documented my emancipation so I could qualify for financial aid without using my parents’ income or paperwork.

My friend’s dad never asked me for anything. Never made me feel like a freeloader. He treated me like another one of his kids.

He saved my life.

Gradually I started talking to my parents again — the cost they exacted for my maintaining contact with my siblings. For the price of ten minutes of screaming abuse on the phone I could check in with the younger kids every few days.

My parents never asked where I was living, but I imagine they heard that I had moved in with my friend’s family. I was safe there, but I missed my siblings terribly.

I had mostly raised my three siblings and I felt responsible for them. I changed their diapers, fed them bottles in the middle of the night, got them to school, taught them to read and tie their shoes.

At night I would fantasize about a way I could get them out, bring them some place to stay with me, but I never could figure out how. In the end I decided the best I could do was get an education, find stable employment, and help my siblings when I was able to. And I did.

In my 20s I started working with people experiencing homelessness. I learned that my situation was not unique, and I wasn’t alone. I felt my shame fade away.

Lots of people become homeless at some point in their life.

The circumstances vary. Homelessness is caused by a myriad of factors: financial hardship, domestic violence, PTSD, mental health challenges, death of a spouse, and sometimes just a series of bad events mostly beyond their control.

My homelessness was blessedly brief, but not everyone is so lucky.

When I see someone on the street drinking or smoking, I feel empathy. I understand exactly why they do it, because I was in their shoes once.

I acknowledge them and sometimes even give them a few bucks. I don’t care if they spend the money on alcohol or cigarettes if that’s what gets them through the cold and scary night.

I only hope that one day they find a way home. And when they do, I hope that they too will pay it forward. 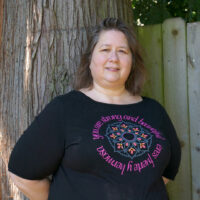