Why Being Selfish Helps You Be Better to Others 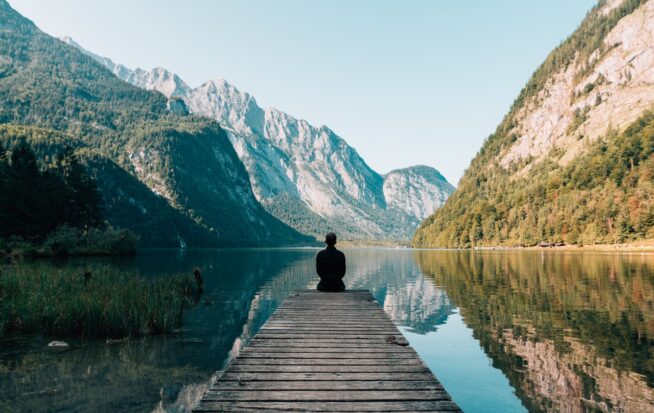 I realized a decade ago that practicing self-sacrifice and being selfless, the two concepts central to perfecting character, according to most beliefs, are wrong. Instead of building honest, genuine character, those actions result in the opposite.

Following the doctrine of selflessness and sacrifice caused emotions of rage within me. Those two concepts go against human nature.

Emotions are the fuel of our lives. Often when following the idea of selflessness, you end up stifling your emotions. They start going inward and being suppressed. In an unguarded moment those emotions can surface all at once.

If something unfair or unjust happens, you need to address the anger or frustration. If you don’t, you suppress it. Suppression eventually harms your self-esteem.

This realization was my first major breakthrough in my journey towards self-realization. The concepts of selfish versus selflessness are very basic to human character and to our happiness; let me elaborate on each.

Many say selfishness is cold and leaves no room for others. I prefer to use the term self-interested because it does away with the negative connotation of a spoiled child. However, selfishness in its true sense is the correct terminology and definition.

The best way to grasp the differences between these two concepts is to demonstrate the character development and the behavior which results from each concept.

The contrast of selfish versus selflessness can be demonstrated in the hero versus the coward concept. Everyone admires the hero.

Everyone despises a coward. “Wait a minute”, you say. To be selfless is not the same as being a coward. Since doctrine holds up selflessness as an ideal, people fool themselves as to what selflessness really means; it means self-sacrifice.

Because we have been so instilled by doctrine that selflessness is moral, we fail to recognize the consequences of such behavior.

All these characteristics cause resentment and anger toward other people to build up. In addition, they think others can be sacrificed as he/she sacrifices themselves.

Everyone admires the hero — vs — Everyone despises the coward.

Puts self-first Result: Respects self, therefore, respects others — vs — Puts self-second Result: Taken advantage of, therefore, feels resentment toward others.

In control and works hard to accomplish goals. — vs — Must manipulate others to achieve goals.

Honest and forthright — vs — Hides emotional reactions, therefore, not honest with others.

Compassionate towards others because feels a love and respect for self — vs — Cannot feel compassion toward others because hates self for cowardly actions. Disguises self-hatred by projecting it onto others.

When working in accordance with our biological, emotional, and intellectual nature, we are a beautifully integrated whole being. We are at one within ourselves. When we act at odds with ourselves the consequences can be disastrous.

An extreme example of how destructive selfless behavior can be, and how it can affect everyone in their daily lives is given here:

A few years ago, a young boy about thirteen years old killed a neighboring child.

No one knew why he had killed the little fellow. Not the psychologist who interviewed him, not the counselors, not his teachers, not his parents.

But it was self-evident. The TV program on this tragic incident stated the thirteen-year-old had been subject to insults and humiliations all his life from his school peers. He looked a little odd. He had offset eyes. About two weeks before the murder, the thirteen-year-old asked his stepfather what to do with anger. He was told to get it out in some kind of physical exercise, like a punching bag.

The boy bruised both hands in striking the tree in front of his house, but that action didn’t really address the cause of his anger. He had a justified anger because of the insults and humiliations he had endured. But strong anger by itself does not create a murderer.

His anger turned into violence because of the self-hatred he felt. The self-hatred caused by not standing up for himself, and not holding himself up as a worthy individual.

In other words, he viewed himself as a coward and he hated the image. Violent criminals are known for their lack of remorse toward their victims. They cannot feel remorse because they feel no remorse for themselves. Cowards feel self-hatred and project that feeling onto their victims.

The selfless person lacks self-confidence and has a low self-esteem because they let others take advantage of them.

Because they do not stand up for themselves, they hide emotional reactions and therefore are not honest with others. They manipulate others through kindness or “feel sorry for me attitudes”.

Although outwardly they profess compassion, inwardly the are filled with resentment and anger which really is self-hatred, self-hatred for the cowardly behavior.

The selfless person can trick the mind that selfless behavior is moral but cannot trick the natural biological and rational foundation of the inner self. Core to the true essence as a human being are emotions that need to be expressed.

The selfless person can never be centered and in harmony as long as they “act” selflessly. They lack self-respect and project that same lack of respect onto others. They also think others can be sacrificed the same way they sacrifice themselves.

What emerges from this picture is the inherent destructiveness of the selfless doctrines. The Inquisition, the Dark Ages, the many wars have not been aberrations but rather have been direct results of following the doctrine of sacrifice and selflessness.

To use a metaphor concerning selfless behavior, it’s like a pot of boiling water on the stove and the top is tightly closed. The boiling water represents all of your negative emotions you have stifled.

At some point the top is going to explode. Likewise, at some point your suppressed emotions are going to erupt. Examining those emotions makes one realize how destructive sacrifice is to build moral character.

By comparison, take a person who is selfish. He/she stands up for themselves, so no inner resentment builds up.

They feel self-respect and extend the same self-respect to others. They have no desire to manipulate others but have the courage to be straightforward and honest in all dealings with others.

Because they like themselves, they are capable of liking others and feeling compassion toward them.

Selfishness includes the fact that you are moral and honest. You think of selfishness as doing things in your best interest with a sense of being moral. In other words, you don’t take advantage of other people.

People who think selfishness is cold and does not include compassion, do not grasp the full significance of selfishness.

Selfishness people are goal oriented. Strongly focused and very selfish with how they use time. The process of being goal oriented builds strength, and with self-knowledge you break with the selflessness hoax which has proven to be a false doctrine that leads to psychological turmoil.

You can’t give what you don’t have. You can’t love someone if you first don’t practice loving yourself.

This holds to be true with anything else we do in life. I want to be clear that we are not talking about people who are narcissistically obsessed with themselves, we are talking about the importance of letting go of the notion of self-sacrifice.

Being selfish is about putting value on the needs of human beings, the need to be seen, accepted, belong and be loved. It all starts with us, by practicing selfish love, acceptance and belonging within ourselves. When we do, we can appreciate and recognize this in others and co-create a better world filled with compassion, and true love.

Tullio Siragusa is an expert level Certified Life Coach, a pioneer of disruptive technologies, an emotional intelligence (EQ) thought leader, futurist, speaker, and author. For the past 30 years, Tullio has built world class leadership teams in technology companies and startups. Tullio currently serves as Chief Strategy Officer at Nearsoft, he co-produces and hosts DojoLIVE! a platform that gives voice to emerging technology luminaries. He also hosts Rant & Grow, an entertaining and heart-centered reality podcast where each episode explores people’s personal blockages and how to powerfully move forward with careers, relationships, and self-realization by developing healthy habits. As a founding member of Radical, a social justice movement, Tullio is a strong supporter of human-dignity in all aspects of life, including freedom in the workplace.