There Is a Way, and You Will Find It 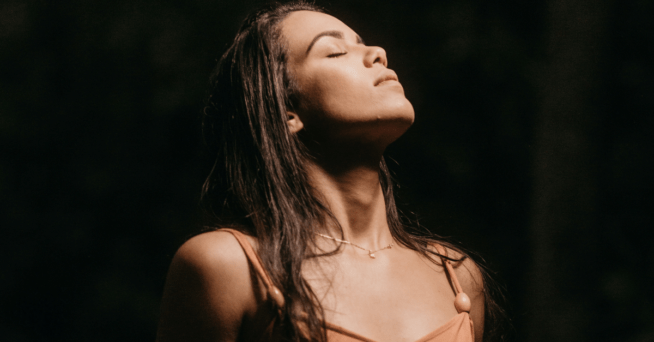 Have you ever had a strong sense that there was something you were meant to do … but then second-guessed that knowing, because you couldn’t see how it would work?

Ever spent time in silence, getting clear on what you yearn for … and then felt a vicious wave of doubt knock you down?

I get it. I see it in my own life, and in my work with private coaching clients.

Often we pretend that the problem is not knowing what we want … when the truth is that we DO know, we just don’t see a way forward.

So we say, “I just don’t know,” and, “I need to get clarity!” when the true difficulty lies elsewhere.

It’s not that we don’t know.

It’s that we don’t believe it’s possible for us.

But what if we understood that taking action in the direction of our dreams is what allows the way to appear?

Here’s the story of a time when I learned that lesson.

From ages 13 – 21, I attended church summer camp in Scotland every year, on the bonnie banks of Loch Lomond. It was quite simply my favorite place on earth.

The last several summers I served as a volunteer staff member, which meant that tuition was free. Airfare, however, was not.

When I was younger my parents generously paid for my travel. One year, though, they (wisely) checked my privilege and said: “If you want to go to Scotland, you’ll need to pay your own way.”

I was a student, and I had just under two months to scratch together about $900. It felt daunting. But I had a very clear sense that I was meant to be in Scotland that year.

So I dove into applying for jobs. My old babysitting gig wasn’t an option, so I searched high and low. I submitted applications, made calls, and tried to sell a family heirloom. Nada.

At night I tossed and turned. I prayed and asked for help, but still, nothing materialized.

Why couldn’t I find a job, when I was willing to work and I had this clear, intuitive knowing that I was supposed to go to Scotland? Time was running out!

Just when I was starting to lose hope, my brother Willie’s behavioral aide came for her weekly in-home visit. When I greeted her, she said, “You told me you’re looking for a job for part of the summer, right?”

“Yes!” I said. Of course I’d told her. I was telling everyone.

“Well, there’s this preschool program for kids on the autism spectrum, and they need teacher’s assistants,” she said. “It’s only from now through mid-July, and the pay is pretty decent. I can refer you, if you want.”

“Yes! Thank you so much! That sounds perfect,” I said.

And it was. That’s not to say it was easy – is taking care of a passel of preschoolers ever easy? – but it was the right job for me that summer.

It gave me a taste of the work I’d do later on, as a caregiver for adults with special needs at L’Arche. It ended just before I needed to leave for Scotland, and it allowed me to earn enough money to pay for travel.

And I do mean EXACTLY. Working at the preschool, I earned precisely enough for round-trip airfare to Scotland and one Guinness beer, which I bought as a thank-you to the friend who drove me to the airport.

That summer, my friends bought glasses of wine and candy bars and postcards, but I smiled and said, “None for me, thanks.” There was no margin to speak of, and no money left over.

Yet I felt rich every single day. Why? Because I had been provided for. Because I was grateful.

Because I had just enough to be where I was meant to be.

Here’s What You Need to Know

You get to trust your inner knowing.

You do not have to color inside the confines of your prior choices.

You do not have to twist yourself into knots trying not to want what you want.

Instead, you get to have a simpler life. You get to give yourself permission to feel your own desires, and find a way to live into them.

It is OK for other people to feel uncomfortable when you make positive changes, but it isn’t OK for you to ignore your truth anymore.

You don’t owe anyone a false version of you.

With that in mind, here’s how it looks to trust your inner knowing:

Live a story that you’ll love to tell. 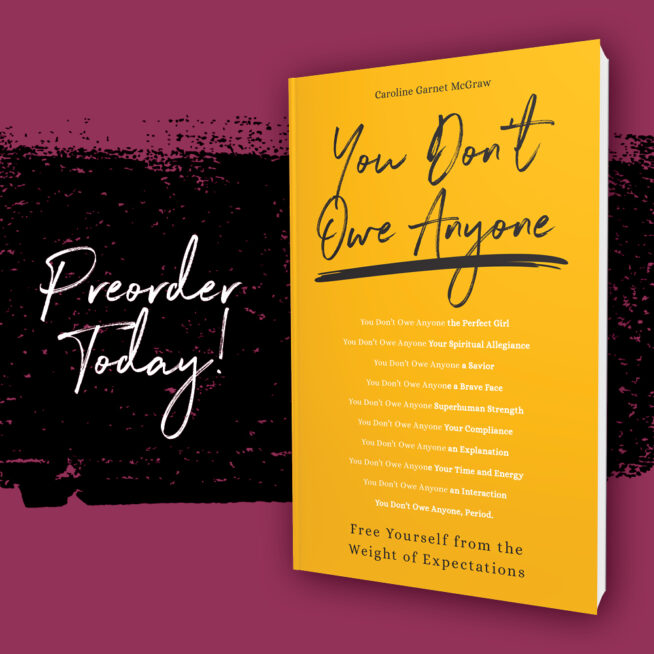 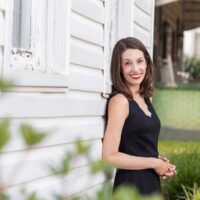 Caroline Garnet McGraw is the author of the forthcoming book You Don’t Owe Anyone: Free Yourself from the Weight of Expectations. Preorder your copy today and claim valuable, limited-time bonuses, including over 100 expert interviews and a coaching guidebook: https://awishcomeclear.com/positively-positive.