3 Tools to Actually Help You Stop Living Paycheck to Paycheck 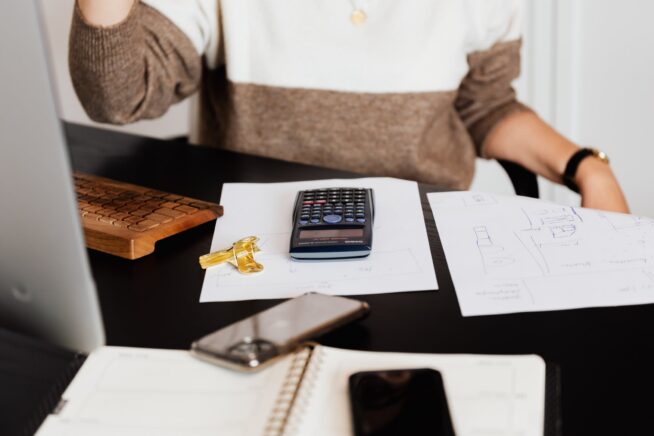 I was recently talking to a client and she was explaining that her main struggle with money is that she gets paid and then she pays her bills and she has no money left. So, basically for the next two weeks, she is operating on nothing or next to nothing.

I think this is a core problem with money mindset that we all face. The problem isn’t necessarily just that we don’t have enough money. It’s that we are in this cycle of money coming from a specific source on a specific schedule.

In my opinion, money likes to be more fluid than that. One of my favorite things about money is that it likes to flow. The nature of money is to come into our life and then we use it for things and it goes back out of our life. It likes freedom. It likes ease. And most of all, it likes to flow.

If you’re like me, your parents probably lived their life with the flow of money coming in a set amount and a set schedule too. So, the pattern is generational and ingrained from a young age. Especially, if your parents lived paycheck to paycheck too.

Then, when we get our first job, we get paid on a set schedule and a set amount. Pay increases likely come once a year (on a set schedule). Bonuses may well be the same.

So, our habit becomes one of reliance on those set schedules. But the thing is by allowing ourselves to keep that habit we can stay stuck with money. We lose sight of the fact that WE are in charge and that WE have the ability to change those habits and create whatever flow with money that we want.

I remember when I was a teenager and young adult, my mom turned over her finances to me. She couldn’t balance a checkbook to save her life. She could sum up a row of numbers 10 times and get 10 different answers. She overdrew her checking out more times than I can count. It was never intentional; it was simply not her forte. Many times, my sister and I would have to bail her out with our babysitting money.

After I took over her bank account, things got better. Not perfect. But better. After all, she was the mom, so she still had final say on what she bought and when.

One of my tricks was that I’d “lose” money in her checking account. By that I mean, I’d not write down a deposit. Or I’d take a certain portion of the balance and make it disappear. This way, she’d have a cushion that she didn’t know about. So, when she was out writing checks, she’d think she had less than was actually there.

In today’s digital world, it is virtually impossible to lose money in an account and create an unseen cushion. And it’s not really an effective method of creating more ease and flow with money. Looking back on that time now, I see that I was trying to “control” the situation. And it wasn’t my situation to control or even change. While I was trying to be helpful, it was mom’s relationship with money that needed an upgrade.

So, how do we fix this problem? How do we break the cycle of dependence on a money schedule and improve our relationship with money? Here are a few suggestions to get you started.

1 – Break Free of the Belief that you Have to Live Paycheck to Paycheck.

One of things we often miss is the power of our brains. I firmly believe that our thoughts are creating our reality. So, if you are stuck in that rut of getting paid, then spending all your money and waiting for the next chunk of money, then I’d say it is time to start thinking differently about it.

The first step to changing a thought and belief is to figure out what your core thoughts and beliefs are and then shift those thoughts and beliefs to what you really want. One way to do that is to make a list of everything you believe about yourself and money. Then for each belief, write a new one you’d like to have instead. Here are a few examples:

Once you’ve made this list, you can come back to it and read through your NEW thoughts daily. You can also turn some into affirmations and post them around your house as reminders. The goal is to create new thoughts and beliefs so that you can break the cycle and create the reality that you really want.

2 – Foster an Atmosphere of Discipline with Money

Now, this may sound like I’m telling you to be controlling with money. And that sounds counterintuitive to what I’ve already stated as attributes of money; freedom, ease and flow. But the thing is, until you can learn to let money be and not spend every penny, you won’t be able to build trust in yourself or trust in money. Learning to let some money just sit somewhere is an act of discipline. It is also a way to build trust in yourself that you absolutely CAN take care of money. It also builds your trust in money and that it is there for you.

As with many big changes, the change often comes with many teeny, tiny, small steps. You don’t create discipline around money overnight, at least not a true, lasting habit of discipline. So, the next time you have some money, either from a paycheck or from another endeavor, pick a small portion and let it sit in your account. Absolutely do not touch it until you get some more money. I recommend you start with $100, but if you can’t start there, then start with $10 or $25.

Gradually increase the amount until you aren’t touching your entire chunk of money until the next one arrives. This will not only foster discipline and trust, but it will also create a feeling of plenty and abundance around money. And that’s what we all want to feel, right?

Yeah, I just used some poor English there, but I like it. Ha! We are never going to shift out of our patterns with money if we don’t change something.  In my opinion, the single most important attribute of a good relationship with money is to learn how to save.

Even when it feels like there are more bills than paycheck. Even when there is a real need. Until you learn to practice saving every single month, you are going to live tied to when that next chunk of money arrives.

I’ve talked about it before, but the cornerstone of my relationship with money was the decision to have enough. The pillar that keeps that decision strong, is my practice of saving. Again, it might sound counterintuitive to trusting that more money will show up. But it truly isn’t. Knowing that you are supported already creates an atmosphere where money can flourish. When something is flourishing, it grows and that means more money flowing your way.

If you are already saving, then increase the amount. Or if you tend to dip into that savings, then practice NOT doing that (start to build on that discipline we talked about).

If you get some unexpected cash, instead of spending it all, save some. Put it in your savings account, or get some cash and start a secret stash. If you get a pay increase, immediately change your retirement deduction and put part (or all) of that percentage straight into savings.

There are so many ways to change your mindset, discipline and savings practices with money.

Now off you go! Break the cycle and begin creating a better relationship with money today, so that you can have money whenever you need it!

Sherry Parks, CPA, is a Money Mindset Coach who helps women escape feeling trapped by their finances. She is passionate about helping women change mindset, emotions and actions regarding money, so that they learn to keep what they have and generate more. Check out her 5 Steps to a Better Money Story workbook or join her women-only Facebook group More Than Enough Money Sisterhood.