Are You Too Old to Open Your Gifts? 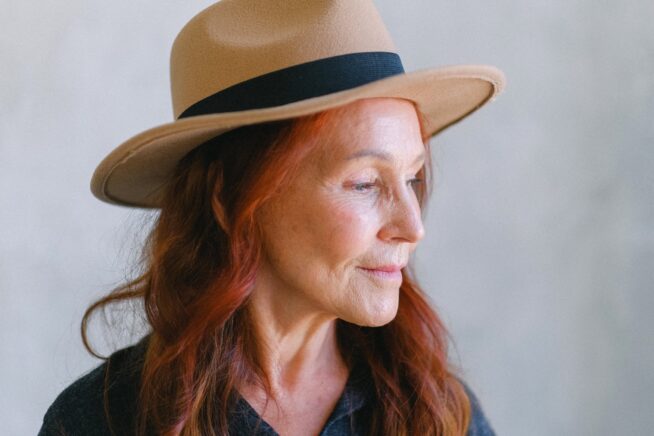 In case you missed it, the giant crushed the underdog, in Super Bowl LV (Tampa Bay Buccaneers vs. Kansas City Chiefs) wha wha whaa! That said, whether or not you are a fan of Tom Brady’s, one cannot ignore his history-making stats. Among them, earning seven Super Bowl rings, giving the Buccaneers the honor of being the first team to play and win a Super Bowl in its home city in his first year, and then there is the matter of Mr. Brady being the oldest (43) quarterback to start and win a Super Bowl.

On Sunday, February 7, 2021, Tom Brady was not the only one to beat a record based on age. Those paying close attention would know that Bruce Arians (68) is now the oldest Coach to win a Super Bowl.

On January 20, 2021, Joe Biden (78) became the oldest president to take the oath of office in the United States. Many had written him off for being in the game for so long and failing at previous attempts to make it to the White House.

What is the dream tucked away in the back file of your mind? Why have you given up on pursuing it?

There is someone in my life who in the past insisted that if one had not achieved what they’d set out to by the age of 30, then it would never happen. Every time I heard the sentiment expressed, I allowed it to discourage me a little more because I was well past the age of 30.

What have you given up on? You know, that thing…that talent you have…that person you have secretly (or not so secretly) been in love with for so long…that desire to return to school…that passion you dreamed of turning into a business? What is it, and what is keeping you from taking action today?

Let me guess, the timing is not right, or you don’t have enough money, or the environment is not conducive. Granted, in some cases, all of these may be perfectly legitimate. However, in others, the timing will never be perfect, money is not as much of an issue, that man or woman you’ve been in love with is now single, and regardless of the environment, anything can be accomplished if one sets their mind on it. Amidst all the horrific news and restrictions imposed in 2020 are stories of people, like you and me, who pursued a new thing and are not only succeeding but thriving.

Yesterday I came across a quote and thought, wow! It read,

“She stood in the storm, and when the wind did not blow her way, she adjusted her sails.” – Elizabeth Edwards

In another quote, Thomas S. Monson states, “We cannot direct the winds but we can adjust our sails.”

Undoubtedly, those of us who have lived past fifty have stories to tell. If we are overly cautious, we have earned the right to be. If we allow fear to keep us rooted in a stagnant place, even that too, we have acquired the rights to.

However, at any point in time, we can decide to do differently.

I have had the pleasure to live a life that included sailing on a fairly regular basis. I know the bliss of being out on the open water when the winds were just right, and the boat would lean to one side and cut through the water like a knife. On the other hand, I also know what it is like to be out in the middle of the ocean during a sailing race with builders from one of the top boat manufacturing companies in the world when the wind ultimately died. Our team, made up of persons from various corporate offices (all sailing related), was mixed and had hard-core sailors, as well as those of us who simply enjoyed the luxury and pleasure of sailing. After it became pretty evident that the wind was not going to cooperate, while one set of people sat around moping, the rest of us decided to use the food and drinks on board to have a party while being stuck in the middle of the gorgeous Caribbean Sea.

I do not remember exactly how it ended. However, I do know we, as the other boats, got back to the docks by using the motor and the sails.

An adjustment was needed. The situation necessitated a shift in mindset—the consideration of a different approach. And for those of you familiar with sailing, you will appreciate, sometimes a shift in the wind can make all the difference—adverse or favorable.

In the second quote, the writer correctly states the fact that we cannot direct the winds. On that day when we were out in that race, no matter what the collective force of the engineering minds on that boat was, it was still not possible for that force to direct the winds. What was within the realm of possibility was the adjustment of first, the thought process, and subsequently, the sails.

Dr. Wayne Dyer wrote a book called, Change Your Thoughts—Change your Life. Sounds simple, right? For some, it may be. For others, it takes courage to work up the strength to do so. I love the lesson in the story of Moses at the burning bush. It was a story of changing his mind. God commanded Moses to “Turn aside,” as in, look at or consider a different perspective.

What would you find if you turned aside? Who is the person you would encounter, a mouse or a lion? What new avenues or new channels are available on the other side of your fear or someone else’s discouragement?

People are achieving all sorts of things at any age these days.

People from different socioeconomic or ethnic backgrounds and geographical locations are breaking all kinds of barriers. Men and women are finding love, purpose, and fulfillment at any age now.

Perhaps the love connection is not the thing you are after, but instead, it’s a hobby you would like to take to the next level. They say writers write the book they wish they had. So, if this does not help you, I hope, at the very least, it helps me.

Jane Fonda, a woman I much admire, said in one of her documentaries that age is more spiritual than chronological.

I wish I had accomplished more when I was younger, but no matter how much I wish, the fact is, I didn’t. Yesterday is gone; the right winds did not blow in my direction. However, I am blessed with the gift to live in the now, adjust my sails, engage my motor if necessary, and head in a desired direction.

And you can too. If you do not have enough courage for yourself, reach out, I will be your cheerleader, and maybe you can become one of mine.

A very dear friend said this to me years ago, “We all have gifts. We just open them at different times.” At the time, I understood, as one of my brothers would (every year) open his Christmas gifts sometime in the spring.

Cheryl David shares inspirational articles through her Brown Bread for the Soul blogs on WordPress. Have something to share? Leave a comment on the blog site, or send an email to bbftsoul@gmail.com.