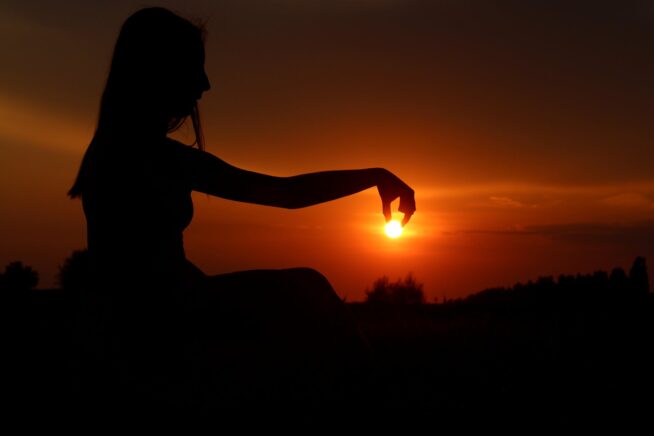 In the physical Universe, uncertainty is a fact of every moment . . . the only certainty is change, and change produces uncertainty. As the dominant aspect of creativity, chaos is the nature of new beginnings. This is also the nature of time itself . . . always new — never the same. A need arises for that which will never change . . . hence the universal occurrence of worshipping the unknown beyond the senses. This tries to define speculation with sacred symbology; to expand conscious awareness with a physical practice . . . a driving force for psycho-emotional and social evolution. It’s this insecurity that drives the passions for protection; the need for safety, and the importance, and ultimate dominance, of a ‘father-figure’ in the infrastructures of the societies, religions, politics and economics.

A mandate for obedience within the uncertainty — little room for the freedoms of love and harmony — a total dominance of male logic, rigid rules, and laws claiming universality . . . all in an attempt for certainty. Love cannot be experienced as long as this desperate need for safety and certainty is present.

Love is the center-point of surrendering to uncertainty . . . a point with no lack of options . . . the sense of total freedom.

Within total freedom is the greatest uncertainty, and human life has reacted by making GOD into a Father; created male dominated institutions throughout the world, and urged the restriction of total freedom. It’s just uncertainties attempting to become certain with false sensations of safety. It’s time for a feminine sense of the Soul; to embrace uncertainty as the ultimate certainty; to produce a new mythos of an absolute, one which can give birth to the future not destroy it. The only absolute is nothing; the only giver of birth is feminine, and then comes the masculine logic to produce order. The new position for men: honor the infinity of uncertainty; worship the feminine to give birth, and be good with your role in that order.

Our prayer is that you place this into the chaos of your creative mind; that you honor the feminine to welcome the future, and bless this Earth with a vision that can deliver life to the future.