3 Painful Emotions That Might Be Trying to Tell You Something 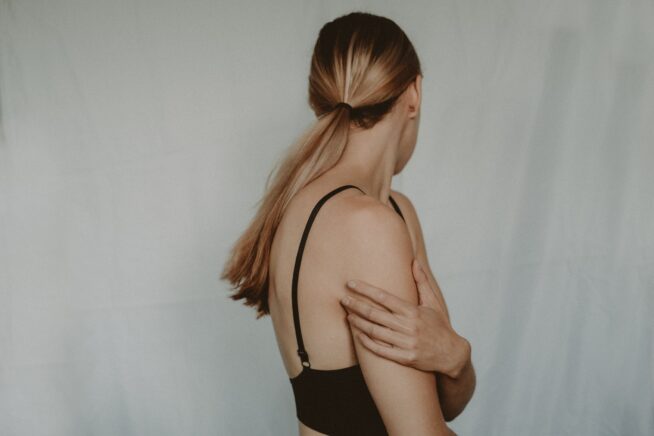 Most people use one of two strategies to cope with painful emotions:

Fix it. The minute you start feeling anxious, for example, your negative and judgmental self-talk kicks in and you start arguing with yourself about why you shouldn’t feel anxious. And how if you were a little tougher you wouldn’t be stressed out all the time. As if berating yourself for feeling bad would help you feel better…

Run away. Of course, it’s natural to want to avoid things that hurt. So we try things like distracting ourselves or numbing the pain with alcohol or food. The trouble is, no matter how fast you run, you will never outrun or escape your own mind, including your difficult emotions.

If you always treat painful emotions like a problem, eventually your brain starts to believe that they are.

Once you’ve taught your brain to view painful emotions as dangerous — because you’re always treating them like problems to be fixed or dangers to be escaped from — you’ve entered the realm of true emotional suffering. Now you start feeling bad about feeling bad, which is the source of chronic emotional pain.

Luckily, there’s a relatively simple way out of this mess…

You can start listening to your emotions instead of avoiding them.

This has two big benefits:

You might learn something. Despite how it feels, painful emotions like anxiety and grief are not viruses out to get you. They’re a perfectly normal and adaptive part of human nature. Like lights on your car’s dashboard, they’re often trying to tell you something important.

You will train your brain to stop being afraid of feeling bad. Once you get in the habit of listening to your painful emotions instead of trying to problem-solve them or run away from them, your brain stops believing that they’re dangerous. As a result, that second layer of painful feeling — feeling bad about feeling bad — starts to go away.

In the rest of this article, I’ll walk you through three painful emotions that most people try very hard to fix or avoid. But I’ll show you how you might approach and listen to them instead. And how doing so might lead to some surprising insights (and relief) along the way.

Whenever people talk to me about feeling jealous, “gross” is the adjective they most often use to describe it:

Ugh… I hate that I get jealous of her so much. It’s just gross!

Jealousy is such a gross feeling… I really wish I could just be happy for people who are more successful than I am instead of always feeling jealous.

The mistake here is subtle:

For most people, acting out their jealousy is a morally questionable thing. For example:

Acting out your jealousy can certainly be harmful and — I think most would agree — morally reprehensible.

But feeling jealous isn’t a moral phenomenon since it’s not something you can control.

No one’s ever been sent to prison for feeling jealous. Only your actions can be deemed good or bad, right or wrong.

And while we understand this distinction in others — you probably wouldn’t be judgmental of a friend who admitted to you that they were feeling jealous of a coworker — oddly, we throw it out the window with ourselves. That is, we judge ourselves as morally wrong for even feeling jealous!

I’d like to present an alternative theory of jealousy based on the assumption that it’s completely normal to occasionally feel jealous of other people:

Feeling jealous is often a signal from your mind that you lack something important.

Here are a couple examples:

In other words, jealousy is usually a perfectly normal signal from your mind that you lack something valuable in your life.

So rather than immediately assuming you’re a terrible person simply for feeling jealous, try asking yourself this question:

What is my jealousy trying to tell me right now?

If you regularly feel jealous of other people and their accomplishments or possessions, it might be helpful to do a little introspection about what you really want out of life and why you’re not getting it.

Values clarification can be a really helpful process for doing this.

I feel bad for the emotion of irritability because people are always unfairly blaming it on things:

Maybe you’d be less irritable if you actually took your medication like the doctor said.

All of these assume that irritability is a bad thing. Or a side effect of some bad thing in your life.

But here’s the thing:

The fact that irritability feels bad has nothing to do with whether it is bad.

Being sore after a workout feels bad. But it is, in fact, a very good thing — it means your muscles are growing and you’re getting stronger. Similarly, even though irritability feels bad, it’s usually the case that it’s a good thing because it’s telling us something important.

Here are a couple examples:

Irritability is often a sign that you need to be more assertive in your communication.

We often feel irritated and frustrated when we think things or people ought to be one way and they end up being another. Sometimes this is the result of unrealistic expectations. In which case, the work is to identify those expectations and work on modifying them.

Of course, assertiveness is difficult because a lot of us are afraid of conflict. Rather than risk “making a scene” or offending someone, we keep our mouths shut, “go with the flow,” and end up chronically irritable and resentful

But assertive communication is a skill. Which means it’s something you can get much better at with practice.

If you’re chronically irritable, it might be your mind’s way of encouraging you to practice being a little more assertive.

As a psychologist, I talk to a lot of lonely people. And here’s what I think most people — even the ones who feel lonely — misunderstand about it:

Loneliness is a desire for intimacy, not connection.

I mean, think about it: we’re all plenty connected these days: between social media, Zoom meetings, and all those emails from LinkedIn asking to ”connect,” I just don’t think a lack of connection is really what we’re missing.

Put another way, loneliness is not a quantity thing, it’s a quality thing.

Most people who feel lonely end up feeling bad about it because they see all these connections they have and wonder what’s wrong with them for feeling lonely when they’re so obviously connected.

The way I see it, what chronically lonely people really lack is meaningful connections. And the biggest factor in whether a connection or relationship is meaningful is the level of emotional intimacy that’s present.

Emotional intimacy means that you can share how you feel with other people and feel understood by them.

Of course, for many people, achieving even a little bit of emotional intimacy is hard. And it’s hard for one main reason:

You can’t expect to feel a shared sense of belonging and intimacy with another person if you’re not willing to open yourself up and share your own feelings with them.

So rather than viewing your feelings of loneliness as a character defect or one more symptom of your depression, try listening to it as a helpful message.

What if you reframed loneliness as your mind’s way of reminding you that deep, emotional intimacy is something we all crave? And no matter how difficult it may be, we all need to practice emotional vulnerability if we’re going to find the emotional intimacy we really crave.

All You Need to Know

Instead of trying to “fix” your difficult feelings or run away from them, it’s usually more helpful (and less stressful) to listen to them instead.

Not only can you learn something helpful. But when you stop treating painful feelings as dangerous, your brain stops treating them like threats. Which means your emotional reactivity and suffering will go way down in the long run.

Here are three painful emotions that might be trying to tell you something: