Imagine a World Where Self-Respect Is More Important Than Fame 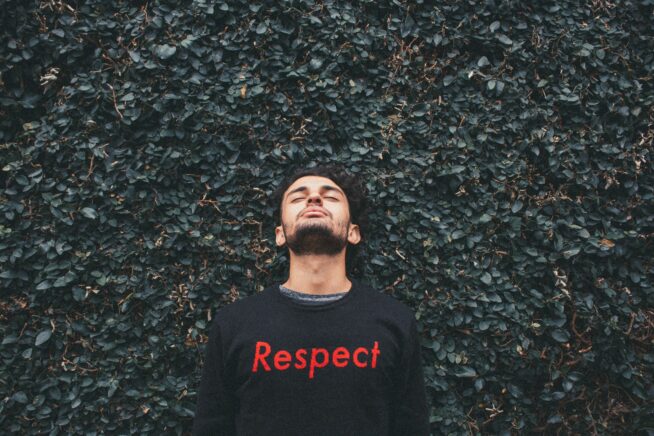 “I firmly believe that respect is a lot more important, and a lot greater, than popularity.” — Julius Erving

It’s never been easier to become famous than it is today. With the rise of the internet and social media, there are layers to fame that didn’t exist 30 years ago. Where once you had to rise to the dizzying heights of red carpet award premiers and award shows to land on a cover of a gossip magazine, now?

Well, even a large TLC family lands on People to announce the arrival of yet another child. There are teenagers making millions on YouTube and TikTok. Podcasters make a pretty penny through Patreon. They have their own slice of fame, an audience carved out to follow them while the rest of us raise a brow and think her? You don’t need to be particularly talented to find fame, you just need to find the right niche.

When an audience watches that fame unfold for someone they enjoy, it makes them think they can have some of that fame for themselves. It seems glamorous. They get gifts in the mail from their fans. They get freebies from brands. They earn a decent paycheck. You see the amazing life they live and you think, yeah, I want that.

Do you? Do you really?

Fame isn’t new. In fact, some historians say the very idea of celebrity stretches back to the 1700s, though. Humans have always had a kind of fascination with people who are set apart from us and that gossip that we love so dearly has existed since newspapers started hitting the stands. In some jobs, potential employees need a certain level of social media following to qualify for specific positions. It literally pays to have a level of internet fame, and that becomes the focus.

There’s a famous Bill Murray quote about people who want to be rich and famous. Where he wants to tell them to try being rich without the fame because with money comes paying more taxes and friends asking you for handouts.

But when you find fame you find yourself in a job with no downtime. People see you in public and they feel like you owe them your time, attention, and energy. To them, it’s a celebrity they adore standing right in front of them. To the famous person, it’s the umpteenth time they’ve been stopped or approached that day. That’s just in-person.

It doesn’t end when you’re online either. Famous people get death threats from people they’ve never met. Many celebrities from Taylor Swift to Pete Davidson have stalkers trying to break into their homes, having dreamed up an entire relationship.

A lot of people who chase fame are desperate to fill a hole they didn’t realize they had. They’re lacking. Lacking self-esteem. Lacking self-respect. And the only way they see to counter that is through external validation.

It’s the people desperately posting on social media hoping for likes. The people who take hundreds of selfies before they choose one or two to post because it has to be perfect. After it’s been airbrushed, of course. Social media has made us more desperate people. We have always been social creatures, but this drive for attention has made us desperate for adulation.

That’s the world we live in. A world where we chase plaudits from others instead of looking inward to focus on building self-respect.

Can you imagine what that world would look like? A world where self-respect is far more important than finding or chasing fame. I want that for you. I don’t want your self-worth to be based on what others think.

Let’s look at real self-esteem and respect versus the fake stuff.

The Way You Portray

The Real Deal. People who hold themselves in high respect aren’t worried about saving face or showing off. They have faults and they know how to embrace them. Humans are perfectly imperfect and someone with self-respect understands that.

Faking It. People who don’t truly respect themselves or have self-esteem view imperfection as a weakness. They will go to the ends of the earth to cover their own imperfections up. They want people to see a flawless person. A person that doesn’t exist. They might put others down for not doing the same or for not having the same things they have.

The Real Deal. It doesn’t matter how busy someone with high levels of self-respect is, they make time for the people who matter. They find time for the things they value.

Faking It. Low self-respect? They’d rather put people off than make time for them because chasing things is more important than mending fences or building relationships. They’re chasing a lifestyle rather than building a life.

The Real Deal. People who have self-respect and high self-esteem will always take their time to understand other people. They want to know their intentions, motives, and what drives them. They don’t make assumptions, they learn.

Faking It. Someone who is trying to fake it will likely make a lot of assumptions. They don’t make an effort to ask or to understand. They just decide how it is.

The Real Deal. Someone with self-respect will handle a problem head-on. They won’t shy away from it and hope it goes away. They solve it.

Faking It. Someone faking it will downplay and avoid and use coping mechanisms to feel better rather than searching for a solution.

The idea of popularity follows us from a young age. We see the set-up in our school days, with classmates voting for the most popular, best hair, most likely to be successful, the joker, the best dressed. We are set up to seek that out from others rather than encouraged to seek it within ourselves.

The bigger difference between self-respect and popularity is that one is all about the surface and the other is about something deeper. It’s easy to get tricked into thinking the best person is the one with the biggest following. You wouldn’t choose a business partner based on who has more followers. You wouldn’t choose a true friend based on who gets the most likes. You would seek out someone with strong values.

As obsessed as we might be with fame and celebrity, we seek out people in our own lives who are courageous, humorous, have integrity, are emotionally mature, kind, intelligent, self-confident, disciplined, self-aware, and generous. So, if that’s what you look for in others why is it that you are so concerned with fame, popularity, and feeding those rather than focusing on self-respect and your own internal traits?

Success and our views on it have become skewed beyond belief. It’s now something we have to show or prove. We show people through our car, home, clothes, and gadgets. We do that in a way to attract a following and that following validates us, tells us we are doing well.

We’re not doing well. We are failing ourselves at even the most basic level. It’s time to get real with yourself and get in touch with who you are and how you have been chasing all of the wrong things.

Self-respect matters and it matters more than fame.