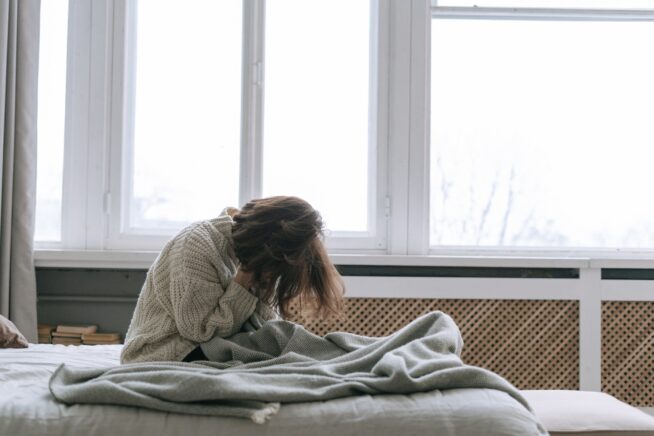 Shame, guilt, and envy condition the collective consciousness of the whole of humanity. These three basic emotions, which serve as the guiding principles of the mind, can either be poisons or gifts for each of us.

When are they poisonous? If these emotions prevent us from upgrading ourselves to the next level as an individual or collective, then these three powerful emotions have become poisonous. They have stopped us from achieving our goals.

However, these emotions can also present new opportunities to develop to the next level. These three emotions fundamentally shaped humanity and the culture of the world.  Individuals who know how to master them are sure to be successful in their business and in life.

So let us take a look at what exactly these emotions are and how they shaped the human race.

Humans used shame to build a societal structure and a robust cultural framework. Parents shamed their children in order to prevent them from doing something that was disapproved of by society. We often shame each other to stop others from behaving in a socially unacceptable manner.

So, to build a society with rules, we started shaming each other. If people did not respond to shame, or if people did not adhere to the rules of society after being shamed, we used guilt as the next tool.

Guilt was a new concept and a more complex emotion. At this point, humans not only felt shame, but they also began to feel guilty about feeling the shame, building a two-story complex emotion – a combination of shame and guilt.

Eventually, humans started comparing themselves to others. Who has the better body?  Who has better fruits, a better cave, a bigger field, or a better spear?  Whatever the point of comparison, we began to feel inadequate..

When one feels that one is not good enough, there arises a new emotion: envy. The emotion of envy now becomes attached to the two-story structure of shame and guilt that has been progressively built upon.

This is where it becomes interesting. Now when we feel envy, we also feel ashamed for being envious, and guilty for being ashamed. Here you can see that we have raised a three-story building of shame, guilt, and envy. These can work in other combinations too.

Observe now that there is envy wrapped by shame, which in turn, is wrapped by guilt. Almost like an evil Christmas gift!

If you look at any culture, religion, or philosophy, Eastern or Western, the basic conditioning of the human mind is built on these three pillars.

Thus, shame, guilt, and envy shaped humanity. But how do we prevent these emotions from becoming poisons in our lives?

As we know, if we mix two poisons, the effect is doubled, and if three emotions are mixed, the poisonous effect is amplified eight times. So as you can understand, it is important to prevent these emotions from becoming poisonous.

How do we go about changing these emotions into gifts and poisons into opportunities?

Let me begin with envy, the foundational pillar of this triad. It may not always be this way, but let us consider this exercise for a clearer understanding.

Let us examine the feeling of envy within us. Who do we feel envious of? Are we jealous of Brad Pitt or Angelina Jolie? Or are we jealous of a co-worker who earns $10,000 more than us? Perhaps we are envious of someone who is slightly more attractive than we are.

Almost always, we tend to envy someone who is slightly better than us in one area. This is because your mind has figured out the level you are at. And because you think you belong at a particular level, you start to feel envious of those at the level just above you.

What if you radically upgrade your envy?  Can you start envying people two or three levels higher than yourself? What if you could sincerely envy with a wrapper of love? How do you do that?

Imagine you made a beautiful Christmas gift for your Grandma, wrapped in red paper. What if your Grandpa says, ‘Oh! Your Mee-Maw doesn’t like red!’ You could always use another wrapping paper to cover the red one, say a green one. Now your Grandma will receive a green-colored gift.

Emotions work the same way. If we wrap one emotion with another emotion, the emotion on the outside becomes the primary emotion. Going back to our exercise, if we can envy people who are three levels higher than ourselves, on whatever scale of comparison, we sub-consciously move two levels ahead.  Further, if you wrap this upgraded envy with love, the emotion becomes that of emulation rather than envy. It becomes role modeling – which is an enlightened way of envying. If you wrap your envy with love, your envy becomes enlightened.

Let’s move on to the next emotion, shame. What if you could feel grateful for feeling shame? What a radical idea!

Let us suppose you are about to do something but are stopped by shame. First, check whether the action you are about to take is unethical, wrong, or potentially harmful to yourself or others. If you conclude that your action is ethical and true to your heart, then you can transcend the shame you felt by intentionally wrapping it with gratitude.

How do we wrap shame, though?

First of all, thank shame for entering your life. Then thank shame for all the support it provided you throughout the years. Thank shame for having shaped your values and principles. Now we are no longer fighting shame. The only reason shame exists in our body or mind is because of our resistance. The moment we learn to embrace shame with gratitude or even love, it bids adieu and leaves us.

You can do the same with guilt as well. You can be grateful for guilt, and guilt will disappear immediately. Guilt, shame, and envy are all waiting for your acceptance so they can leave you. Will you set yourself free?

Thus, you can leverage these three basic emotions by changing them to your advantage and making them your greatest gifts of all time. This will help you become a better human and to succeed in the business of life. 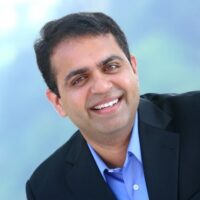 Ruble Chandy is a global entrepreneur and business strategist. Chandy is the author of the international bestselling book on conscious business strategies, 90 Days to Life: A Journey from Turmoil to Triumph, and the creator of Online Business Accelerator™ workshops. Marrying eastern wisdom with western know-how, Chandy, who grew up nearly penniless in India, built three seven-figure businesses before retiring at the age of 38 to pursue his passion for helping businesses accelerate growth using the same principles and strategies that propelled his own success. Fluent in three languages, Chandy has consulted with entrepreneurs and small businesses worldwide. Currently, he and his team at Accelerator™ are helping businesses in 14 countries, including the US, Canada, India, Saudi Arabia, UAE (Dubai), and the UK to double their revenue, profit, and income and scale up to seven, eight, and nine figures.