Must We Face Our Dark Side to Be Healthy? 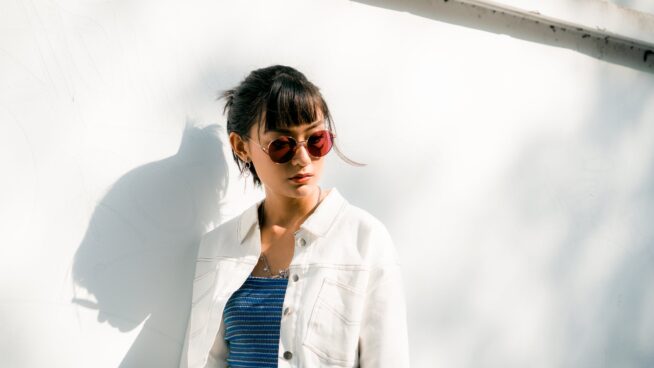 I cannot stand letting people down. I work hard not to. If I happen to let someone down in my inner circle, it grieves me deeply. It could be family, friends, or someone I work with. Inner circles are small. They are the ones closest to you. The last person you want to let down is someone in your inner circle.

One of the dark sides of being human, though, is that it’s going to happen from time to time. We can work hard to avoid it and accept it at the same time.

Is there a way to embrace the dark side and turn it into a force for good?

You don’t think you have a dark side? I’m pretty sure that even Mother Teresa had one and you’re not Mother Teresa. We all have one.

I once listened to a Jordan Peterson lecture that confronted me with my dark side in a way that I will never forget. He made the point that when we read about historical atrocities like those of Nazi Germany, we imagine ourselves to be the ‘good guys’ in the story. We automatically think that we would be the ones that would be courageously rescuing the Jews.

He’s right. We always envision ourselves as the ‘good’ guys. Peterson’s point is that you shouldn’t be so sure.

Millions of ‘good’ people had to ignore what was happening in order for those horrors to happen. And you can’t just blame it on malevolent leaders. The statistical vast majority of people had to look the other way. So don’t be so quick to assume that you’d be in that tiny minority of people who stood against it.

The ones who stood up were a fraction of 1% of the population of Nazi Germany. In 1940, the German population was 70,700,000. The number of people executed by the Nazis throughout the war for resistance was 77,000 citizens.

It’s humbling to think about these things.

How do good people get to such depths of moral decay? We should hold on to a healthy respect for the potential for depravity in each one of us. That’s the true way to avoid it ever happening again.

We need to acknowledge the dark side of our psyches. To not do so makes us easy prey to destructive thoughts and deeds. I’m not saying that we’re all at risk of genocidal extremism. But I’m pretty sure most people in those societies didn’t think it was possible for them before it happened either.

We do need to get real about it. When we can be honest and open enough to accept that we have a dark side, we gain a healthy respect for our own capacity to do wrong and hurt others.

In most of our lives, ‘wrong’ is most likely to manifest in business decisions, relationships, and misplaced priorities. But awareness is the key. When we become cognizant of our propensity for malevolence, we gain more control and can steer toward better outcomes. The ones we want.

There are healthy ways to confront and accept the dark side of our psyche. I’ve come to believe that finding constructive expressions of one’s dark side comes with important benefits. We embrace our whole person. This idea, first proposed by 20th Century Swiss Psychotherapist, Carl Jung. He called this dark side the person’s ‘shadow’.

“How can I be substantial if I do not cast a shadow? I must have a dark side also if I am to be whole.” — Carl Jung

Before getting into some of the means I have found to express my dark side or ‘shadow’, it’s important to emphasize the word healthy. We’re not talking about embracing darkness to give ourselves over to it. No. We’re simply acknowledging that light and dark are two sides of the same coin. And, paradoxically, we are at greater risk of doing evil when we don’t acknowledge our capacity for it.

“We cannot change anything until we accept it. Condemnation does not liberate, it oppresses.” — Carl Jung

Here are some of the habits that have helped me to acknowledge the shadow; healthily.

I think high-intensity exercise was made for angry music. I love my classical and jazz but not if I’m sweating on a concept 2. If I’m doing 100m sprints, I want to hear the deftones, Breaking Benjamin, or maybe even Pantera. The same goes for resistance training. Maybe some Linkin Park or Metallica. High intensity was made for this music and it connects me to an emotional state in total alignment with what I’m doing.

This doesn’t apply to endurance activities. On a long trail run, I don’t like to listen to any music at all. We’ll get to that in a bit.

Besides, when I’m done with the activity, I’m done with angry music. I have no issue whatsoever flipping from listening to the deftones under maximum intensity exercise to Christian praise music like Jeremy Camp when I’m done. I’ll listen to those lyrics.

Writing for other people

Writing may actually belong on the top of the list. It doesn’t sound as shadowy as angry music though, so I’ll put it here. But think about it. I get to let a bunch of complete strangers know that I listen to angry music, have a shadow, and think about morbid subjects sometimes. And I say I’m writing about business.

When you put thoughts in writing, you are acknowledging those thoughts.

I started this writing project with an intention to exclusively write about business. But business is part of life and so it has led to include a bigger picture. It doesn’t amaze me anymore that I can include some raw emotions in a business-themed piece. And when I include those raw emotions, it is clear that they fall across a large spectrum. They have to if I’m going to bring the whole me to the story.

I understand that journaling is writing but it’s very different than writing for others. I have not even looked at most of the journal entries I’ve ever written. The act of putting the thoughts, reflections, and feelings on paper is more important than whether or not I ever actually read them.

I want people to read my published articles. I definitely don’t want them to read my journal.

There are lots of benefits of journaling. The top benefit for me is also the most relevant to this story; it makes me more aware of my thoughts and feelings. Through reflection before and after each day, I’m forced into metacognition or thinking about my thinking.

Some of that thinking is shadow thinking.

Most people have heard of a ‘runner’s high’ and I can confirm that it is real. It doesn’t come until you stop running though.

There are times during a long run that I do experience great peace and relaxation of my mind. But endurance running; especially ultra-distance running of more than a marathon in distance includes a lot of shadow too.

If you’re on a 30 plus mile run on wilderness trails and something goes wrong, as it often does, you are waist high in shadow. The emotional highs and lows one experiences in these endurance activities are unparalleled.

I’ll never forget the feeling I had at mile 70 of the Zion 100 Mile Endurance Run in Utah. It was the middle of the night, there was no one else around me, 38 degrees, and pitch dark. I have never felt so lonely and defeated in my life. My body was in full rebellion against me.

I knew I had 30 more miles to go and Eric Church’s “Talladega” kept playing in my head on repeat. It was driving me insane. Remember I said I choose not to bring music on ultra-endurance adventures. I hadn’t accounted for the music that would be playing in my head.

But I am grateful for the experience because I had to face a side of myself I otherwise would not have known about.

And it made the joy of finishing the event even greater. Only I knew how low I had been just hours earlier.

Not everyone might relate to this one. People have different backgrounds and beliefs. I am a Christian so prayer for me is in the Christian worldview. Maybe for some, it’s meditation or quiet time. For me, it’s talking to God.

In the context of a conversation with God, I believe it’s important to bring the whole person. That means not just the happy, positive thoughts but also the complaints and shadow. Prayer can be more intimate than journaling in that you can admit everything that’s in your heart and mind. I may hold some things back from my journal but I lay it all out in prayer.

I can only speak for the tradition I know. It would seem that one could be similarly raw in meditation if you don’t like prayer.

I know that I benefit from the freedom of being honest about what I’m thinking and the condition of my heart at the present time.

How do you confront your shadow?

Jungian principles have been around since Carl Jung started to develop them with his book, Psychology of the Unconscious, in 1912.

Maybe you haven’t thought about your shadow in exactly this way. But you probably instinctively know about it.

What healthy ways have you found to accept and acknowledge your shadow?

I present a few of my own but this is highly individual and personal so share yours. Help me cover some new ground. 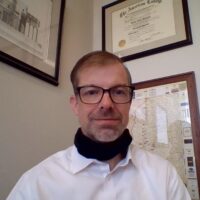