How to Go Out at the Top 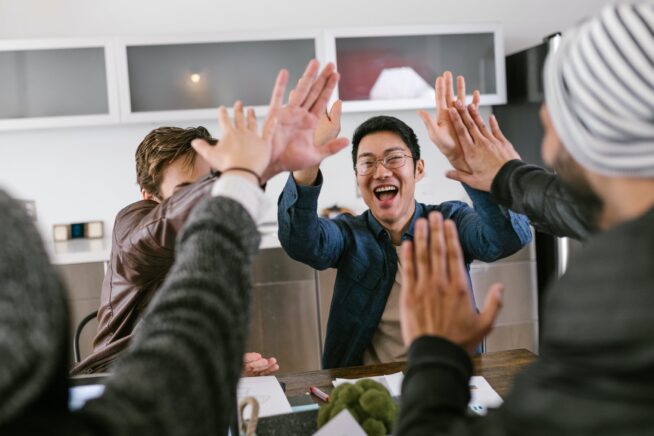 Jerry Seinfeld was asked by Howard Stern, “why didn’t you continue the series?” After all, Seinfeld was being offered $100,000,000 by NBC if he agreed to just one more season.

For Seinfeld everything boiled down to timing. He didn’t have any special gimmicks in his act. So timing and writing was everything.

In an interview with the LA Times he once said, “A laugh is not just a laugh. It has different breadth, different pitch, different amplitude, and you learn to interpret what those things mean.”

Analyzing every detail like that is what made his comedy special. So he learned to interpret what the laughter was about for his show, the highest rated show in history.

This is almost like the stock market. If everyone in the world thinks the market is going up then it means it’s probably going down soon. And vice versa.

Everyone is the same when they die. But many people become the same as everyone else much earlier.

Why “die” earlier than you have to?

Seinfeld never followed the herd. He kept his comedy clean when nobody else was. He created a show about nothing when every other show was about something.

It’s hard to do that. We have needs. We have bills to pay. If everyone is doing it “this way” then maybe “this way” is the right way? It’s scary.

So we often do things we don’t really want to do. Other people, or societal myths, make our decisions. And much later, at least with me, I would start feeling “stuck” or depressed. I wandered off of my path and ended up on the crowded death path.

At every fork in the road you have a choice. This is what I try to do now: I ask, “which choice makes me feel better”.

Then I don’t think about it. Thoughts are too biased by evolution, society, our past, our neuroses. My only job is to ask the question.

Then I take a breath. Maybe more. What’s my heart say? What’s my stomach say? Eventually, if I’m healthy in other ways, my body will tell me the answer. (maybe this sounds corny, but it’s what I do).

The public is not in YOUR business. That’s why you are you. Choose the path at the fork where your heart goes on fire. Go down that path.