It’s Not Just about What You Say, It’s about How You Live 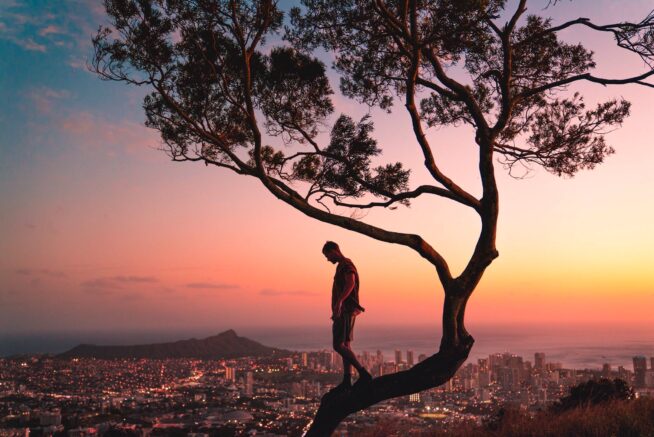 Anyone who has spent any time traveling is aware of how every culture does things differently.

For example, in Japan, slurping your soup is a compliment to the chef. It’s rude not to slurp! In Arab cultures, it is profoundly offensive to throw your shoe at someone.

In Thailand, you should bow upon meeting someone rather than shake their hand. In Vietnam, you should only shake hands with someone who is equal, whether that is by rank or by age. In other countries, the woman should instigate the handshake and it’s rude for a man to offer. In Mediterranean countries, double cheek kisses are the way.

Your body language tells a story, a story bigger than the one you share with your mouth.

In this case, I’m drawing parallels with body language and with how you live. When you visit a new culture, the onus is on you to understand the differences between yours and theirs and to adapt while you are in a new place. It’s only right to avoid behaving in what is deemed offensive behavior.

I can tell you about the differences between all of these cultures, but if I go to those countries and don’t heed those words then I am not covering myself in glory. I’m simply showing the world that I say one thing and then do another.

It’s more than talking the talk, you have to walk the walk as well.

Anyone who has been employed knows the frustration that comes from working for someone who says one thing while doing another. Or, children who challenge their parents and hear do as I say, not as I do in response.

It simply does not matter if someone has the authority. It doesn’t matter. The example of walking the walk is far more important. For example, in a religious setting, a minister loses the respect of a congregation when they talk the talk and fail when it comes to walking the walk.

For someone to stand in front of a large group of people and lay down the law as it stands in their holy book and then disregards that law in their own lives sets a terrible example. Typically, congregations will not abide it and that minister will be forced out. They will likely move onto another congregation, but there’s a good chance history will repeat itself.

Another timely example would be a climate change activist. Leonardo DiCaprio has long been an advocate for climate change. His foundation supports over 35 different conservation efforts across the world. It is involved in hundreds of projects all over the globe. He is a devout vegan. His homes are eco-friendly, he rides bikes when in NYC, drives electric vehicles elsewhere. He makes a big effort.

On the other hand, his words lose some of their weight when people point out his carbon footprint (40+ tons annually) versus the average Americans (19 tons annually). He tries to offset that footprint by planting trees, but it still falls short.

So, while his environmental work is important and impactful, his words lose their weight when his actions simply fail to live up to the power of his words. He’s falling short, no matter how hard he tries, and that gives detractors an easy target to focus on and undermine the work. He is just one person, but when his actions are in misalignment with his words it puts the entire cause at risk.

It just isn’t enough to say the words, it’s empty without your action to back it up.

If I were to ask you what your core values are, what would you say?

If you tell me that honesty is the most important core value you hold dear, but you lie easily and make excuses to cover up for yourself I am not going to listen to a word you have to say.

If you tell me that family is the most important core value you hold dear, but you spend 80 hours a week at work, miss all of your children’s events, and you haven’t had dinner with your family in months, I am not going to believe you.

It really isn’t about what you say, it’s about how you live.

Think about someone you have long admired but have also been disappointed by. What was it that let you down? Was it a misalignment between their words and deeds? Probably. A lot of people are passionate about certain industries and interests and it’s easy to get caught up in the hero worship of certain people who are prominent in those areas. It’s rough when you realize that their actions don’t reflect the words they use. There’s nothing more disappointing and a lot of people will excuse it for a time, but we all have our limits.

You have to hold yourself to a higher standard. It isn’t about perfection, it’s about recognizing the power of your words, but understanding that your actions weigh more and the two need to align.

Your actions should be evidence of you living those words.

Your actions can make the world a much better place to live in. The way you live matters. It matters to you, it matters for you, and it matters for everyone else too.

Remember, it starts with you and the way you live first affects you. It’s in your hands to choose what you will say and what you will do. If you choose to speak kindly, act respectfully, and do things with joy and love, then that is the energy you put into the world. You will be far happier if you live out your spoken message.

The moment you say something it is in the universe. You can’t take it back, especially in the current world we live in.

Your actions are no different. The moment you act, you cannot take it back.

Most of the time it’s not a problem, but it can be especially if you act unconsciously. You might not think anyone is paying attention, but someone is always watching. Not to say that the idea of someone watching you should keep you on the straight and narrow.

Your values should keep you on the straight and narrow, but character is what you are when nobody else is around. Reputation is what other people perceive you to be. Character is the reality of you when no one is watching.

So, do you live what you say? If not, what do you plan to do about it?