Zero to Hero: Orphaned & Abandoned Baby Squirrel Climbs the Leg of a Sidewalk Stranger and Earns Himself a Whole New Life 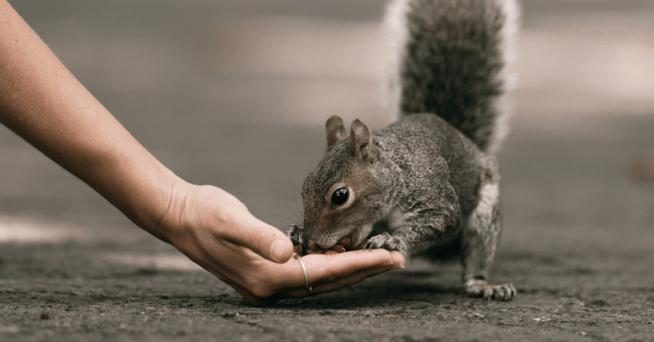 In early May of 2021, I was finishing up an errand at the end of my day. Walking down the sidewalk on my usual route, I noticed a little baby squirrel right in the middle of the sidewalk.

It was as if he knew I would be there…and he desperately needed to get my attention.

So, I paid attention. He was friendly and started to come up into my hand. Just as soon as the sweet tiny creature started exploring his surroundings, I noticed him trying to eat a dead leaf.

That’s when I knew something was really wrong. And there were no other squirrels in sight.

He was hungry so I took a chance and told him, “Stay right here, I’ll be RIGHT back.” I knew he probably wouldn’t understand what I was saying, but I couldn’t live with not trying. So, I said it again, hoping for a miracle.

As I went to get food for him, everything inside me said he wouldn’t be there when I got back and that I was seriously wasting my time. But something kept me moving forward. I had to try, or I wouldn’t have been able to live with myself.

When I got back to the spot where we met just 15 minutes earlier, it was completely empty and quiet…no squirrel in sight.

I put out some sunflower seeds hoping he might find them later…when suddenly the orphaned baby squirrel appeared out of nowhere.

He was so happy to see the sunflower seeds that he let out a BIG squeal of sheer joy. 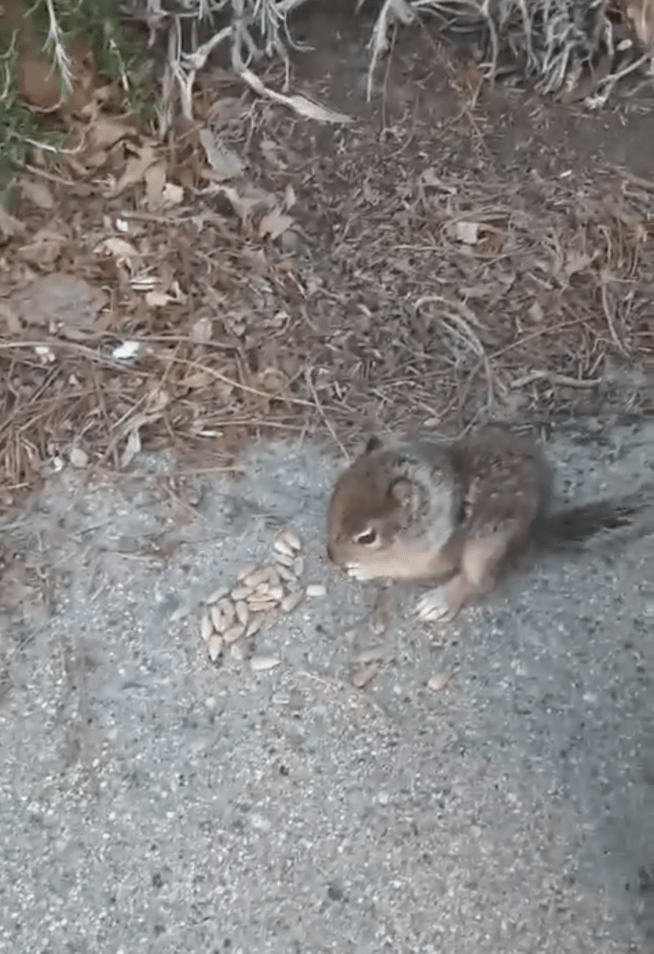 And that’s when he tried to find a way into my bag sitting on the sidewalk.

He tried to find a hole in three of the corners…and when that didn’t work, he slowly crawled on top of my foot and then he made a quick break for it- scurrying up my leg. 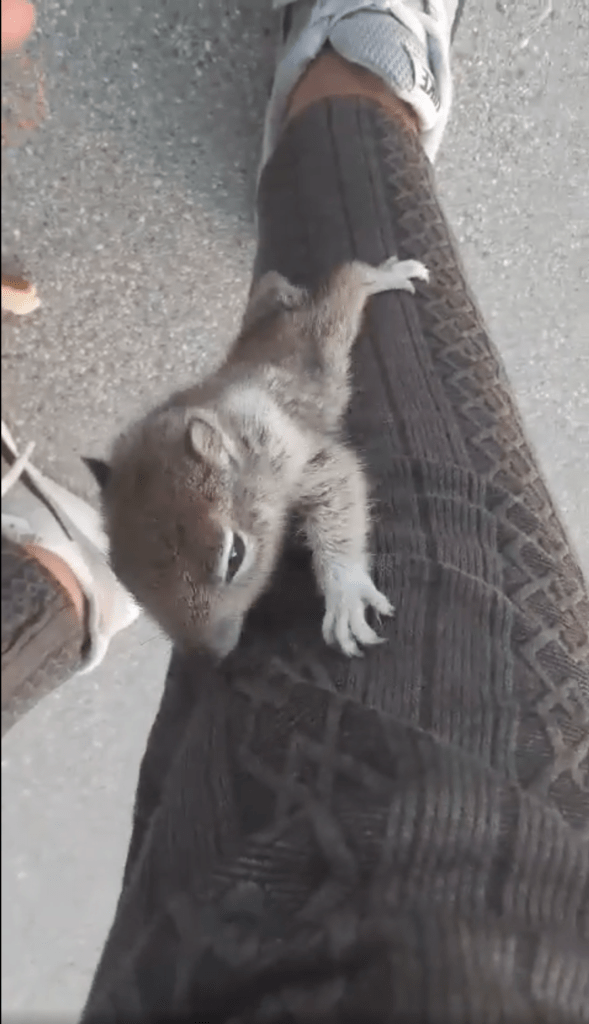 He was so determined; it melted my heart.

If I hadn’t captured it all on video, I might not have even believed it myself.

The orphaned baby squirrel then nearly tumbled to the ground from his single-minded determination.

When he reached my upper half, he buried himself safely into my scarf. 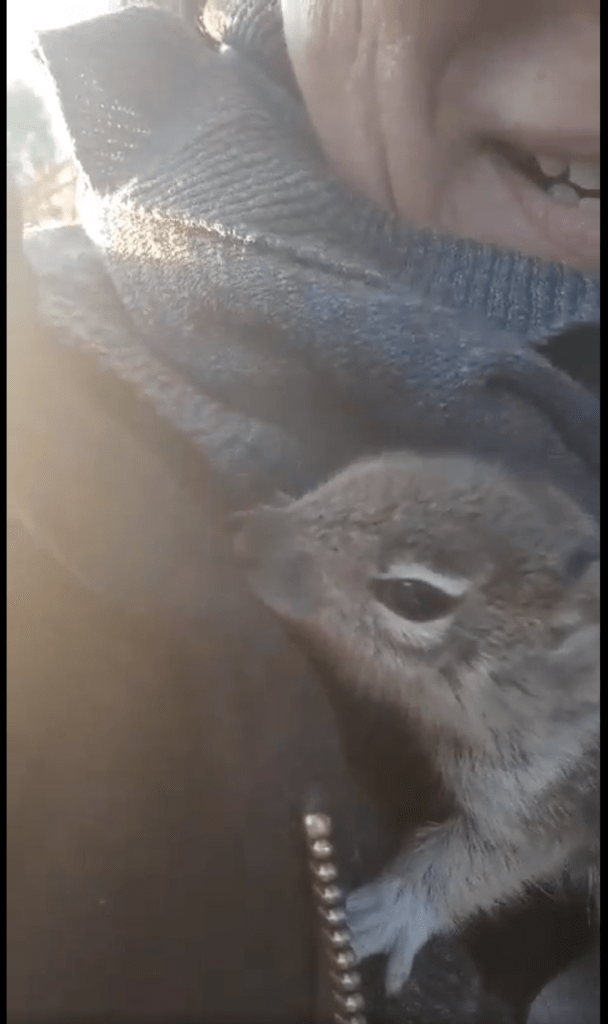 I would spend the next two and a half days loving him, researching what to do, trying to find any of his remaining family, trying to find a wildlife rehab facility that could take him, and of course, trying to help him eat, drink, sleep, and use the restroom.

It got really scary because I did everything by the book, and still he nearly choked to death on a bite of banana, and he didn’t eat, drink, or use the restroom. 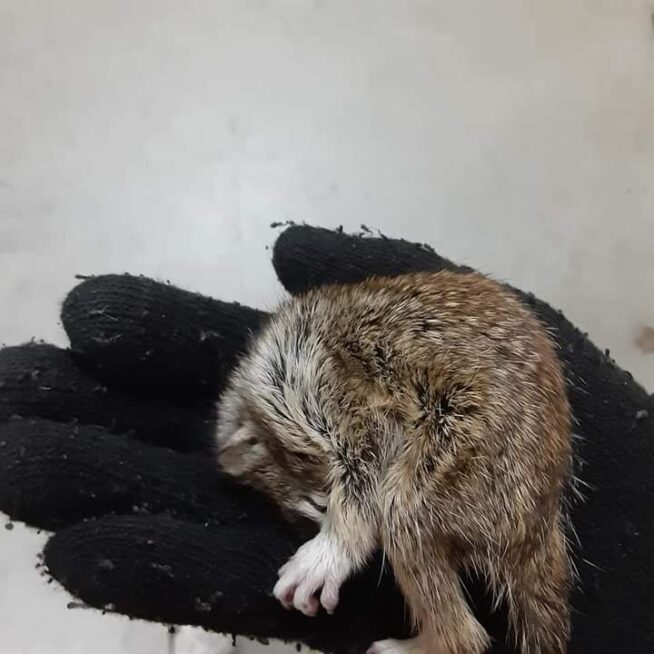 Every viable rescue group I found couldn’t take him. Evidently, there’s a huge number of squirrels filling up wildlife rehabilitation centers. Who knew?

Just in the nick of time, I found a vet hospital that would transport him to one with availability.

I was all in so even though I was without a car, I put the adorable little guy I nicknamed Henry into a small box with ample holes, hid it in my bag, and took him to the vet hospital on the bus.

I finally reached the vet hospital an hour and a half later and called to update them that we had arrived. That is definitely one phrase I never dreamed I might be saying one day, “Yes, I have a squirrel outside, ready for drop-off!?”

I had never met the people I would be handing little Henry off to before and it was scary having to trust strangers with a life that was trusting me to save him, a life that now hung in the balance.

So, I came up with a plan. On the bus, I drafted a hand-written letter to explain the situation, that Henry hadn’t ate, drank, or used the restroom in at least two and a half days, and that he had become listless…so that they would know the urgency of the situation and how to help. 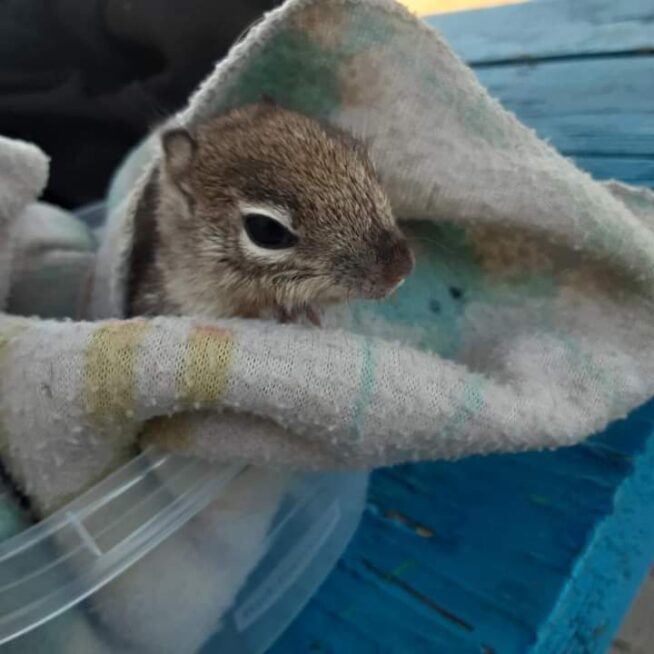 And I put the letter in Henry’s own voice. That way they’d feel more bonded to him instantly and be most inclined to give him all the love he deserves.

When I arrived, my heart sank as I had to sign that I couldn’t ever get to hear about how Henry was doing.

As I waited for the bus back, lots of tears streamed down my face as I came to grips with the fact that in order to help him, I would have to bid him goodbye forever.

I cried for a day. I couldn’t help it.

The next day more tears streamed down my face, but this time they were tears of happiness.

Against their usual protocol, I received a video of Henry eating happily from a syringe, on cloud nine.

The kicker? The caption was in Henry’s own voice. It read, “I am doing good, mom. Thanks for saving me.”

The vet hospital had transported little Henry to a Wildlife Rehabilitation Center, where he is being loved and fed an ample diet of formula.

When he is big and strong enough, Henry will be released with his newfound squirrel friends into the wild – onto his next adventure – and his brave new life.

Here’s to taking risks and the good that can follow. 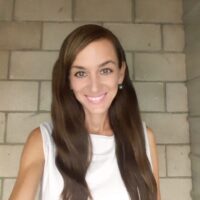 Lisa Smith lives in Southern California and loves all things art, music, animals, and uplifting others. You can connect with Lisa on Instagram.