The Real Reason We’re So Critical of Others 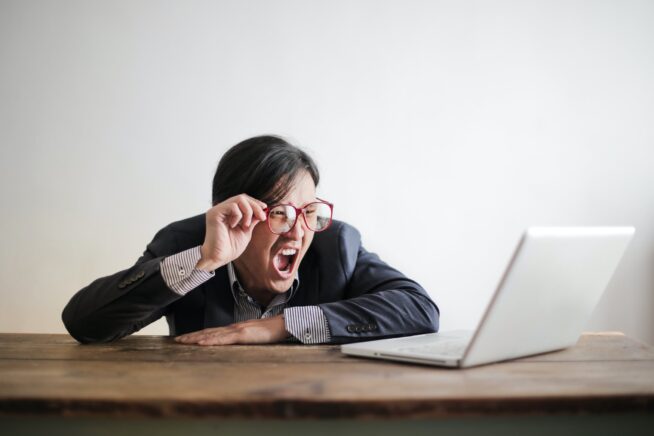 I saw a Tweet the other day that shared this finding from a newly-published research study:

People with psychopathic personality traits are more likely to take out their frustrations on innocent bystanders.

I immediately started typing out the following sarcastic reply:

Good thing some researcher is getting hundreds of thousands of dollars in taxpayer money to tell us something so profound and unintuitive!

Thankfully, I caught myself and stopped before hitting publish.

Because I spend all day hearing from my clients about the surprisingly painful psychological effects of criticism, I try hard to inhibit that impulse toward sarcasm and unhelpful criticism. And more than just resisting it, I usually try to self-reflect a bit about the urge itself and why I felt like doing it.

Here’s how that process went for me in this case…

As I was about to hit “Tweet,” I imagined what the original researcher would say if they saw my response.

Putting myself in their shoes, it wasn’t hard to think of more than a few ways perfectly good research might be misinterpreted:

For all I know, it could have been a simple misquote: Perhaps that actual line in the research paper was “While it might be obvious to most that people with psychopathic personality traits are more likely to take out their frustrations on innocent bystanders, our research has extended this intuition by showing that…”

It’s possible that this finding was merely a side note to the main finding of the study which had less headline appeal.

Or maybe this research has the potential for impact on criminal justice reform. And while the finding itself wasn’t especially surprising or interesting, having it validated by research might have a profound impact on people’s lives.

By taking just a small pause and a couple minutes to reflect, it wasn’t that hard to uncover perfectly good potential counterarguments to my own off-the-cuff criticism. And that was more than enough to stop me from actually being overly critical.

But now that I had avoided the act of criticism, I was still interested in the underlying motivation:

Why did I get so close to doing something potentially hurtful, and frankly, just dumb?

Why did I feel that urge to be so critical in the first place?

Again, because of my work as a therapist, I know painfully well how much context matters for how we think and feel. This got me thinking about the particular context of this urge to be critical: Twitter.

From there, it wasn’t a huge leap to reflect on the fact that I’ve been feeling a little burnt out and discouraged by Twitter lately. I love the platform, but it’s an easy place to fall into unhealthy comparisons: Watching the never-ending stream of people you admire producing amazing things and making rapid progress is inspiring up to a point. But it can also be kind of crushing if you’re not careful.

In short, for the last few weeks, I’d been feeling inadequate on Twitter because I was doing too much unhelpful comparisons with my creative peers.

With that as a context, my impulse to be critical starts to make a little more sense psychologically….

Anytime we’re critical or judgmental of others, we’re also indirectly boosting our own ego:

When you criticize a friend in your head for their poor fashion choices, you’re indirectly commenting on your own good taste. And that feels good.

When you criticize a coworker for that silly comment during a meeting, you’re indirectly applauding your own intelligence. And that feels good.

The problem, of course, is that while criticizing others temporarily makes you feel better about yourself, it’s a false and short-lived boost to self-worth. And in the long-run, it only leads to feeling worse about yourself for being judgmental and overly critical.

In my case, the urge to criticize some random study (and the people behind it) was really all about me and my own desire to feel less inadequate about myself. By pointing out how apparently dumb a finding this was, I would be indirectly signaling my own intelligence. Which would temporarily boost my ego and alleviate some of that inadequacy.

Criticism of others is usually a defensive mechanism in disguise.

When we throw unhelpful criticism against others, it’s usually a primitive attempt to boost our own ego and alleviate some insecurity.

I think two big implications come from this:

If you want to be less critical or judgmental of other people, first try to be more self-aware about your own inadequacies.

Then, creatively try to generate healthier ways of feeling better about yourself and improving your own self-worth.

For example, after catching myself almost being critical in that Tweet, I decided to sit down for a few minutes and come up with a Tweet that would actually be helpful and valuable to others. I came up with this, which a number of people resonated with and appreciated.

Impulsive criticism of others is like emotional fast food: It feels good for a few seconds, but quickly makes you feel a lot worse.

If you want to stop being so critical of others, look for healthier ways to improve your self-worth by doing something productive and valuable. Not only will you avoid hurting people, but you may actually help someone, and in the process, feel genuinely good about yourself.